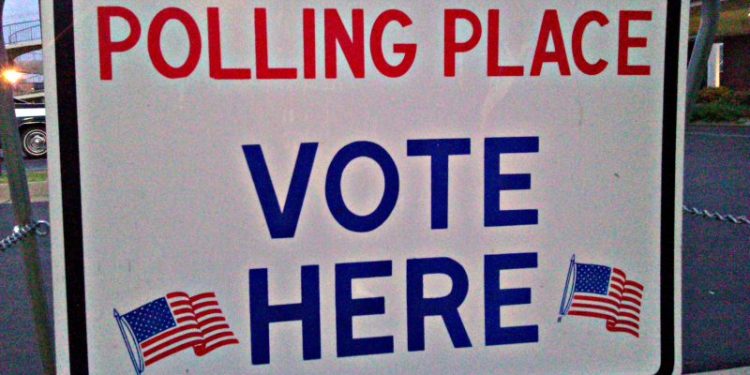 As part of that effort, Grewal issued guidance on Oct. 16 to county prosecutors, sheriffs and police chiefs across the state emphasizing rules regarding law enforcement activity at polling locations.

Grewal’s directive comes in the wake of President Donald Trump has been urging his supporters to go to polling sites and “watch very carefully,” which has raised concerns about possible voter intimidation in recent weeks.

While Grewal noted that there have not been any verified incidents of electoral interference in New Jersey, he wants to reassure voters they will be able to cast their ballots “safely and without fear of intimidation” on Nov. 3.

Grewal said he sought to clarify how police “can best support local and state officials in maintaining the integrity of our voting system and protecting the right to vote, in accordance with the highest ideals of our democracy.”

Due to COVID-19 concerns, New Jersey voters have the option of casting their ballot by mail. Every municipality is mandated to have at least one polling place open on Nov. 3 for disabled voters and those who wish to use provisional ballots.

Grewal: Cops At Polls May ‘Cause Some Unease’

For the voters who do visit the polls, Grewal said, “the involvement of law enforcement in election-related activities—even in the lawful performance of official duties—may cause unease for some New Jersey residents seeking to exercise their right to vote.”

In a letter accompanying the guidance, Grewal said his goal is to help law enforcement “remain fully informed about the upcoming election, so that we can work together to avoid the problems and challenges faced elsewhere.”

More than 2 million voters in New Jersey had returned their mail-in ballots as of Oct. 21, according to the state’s Division of Elections. That’s nearly a third of the 6.4 million mail-in ballots that have been sent to voters.

Under existing New Jersey law, civilian officials are in charge of elections at the municipal and county level. At the state level, elections are administered by New Jersey’s Division of Elections.

Poll workers and local election officials are primarily responsible for preserving peaceful voting and maintaining order at polls; police can be called to assist with the arrest or removal of those breaking election laws, Grewal said.

On- and off-duty law enforcement officers, according to Grewal, are limited when it comes to elections to “activities necessary to maintain public safety, and to the enforcement of laws securing the right to vote and protecting voters from intimidation and harassment.”

According to Grewal, police can “maintain order, peace and quiet during the hours of registry” and help carry “the ballot box or boxes to the office of the municipal clerk after the ballots are counted.”

The Role of Poll Watchers

An off-duty officer may work on an election board or serve as a poll watcher, but “under no circumstances may such an office wear a police officer’s uniform or carry an exposed weapon,” Grewal said.

In his guidance, Grewal reminded voters that under state law poll watchers are appointed in advance by parties to ensure elections “are conducted fairly and honestly.”

But, they are not permitted to challenger a voter directly, harass or intimidate voters, engage in electioneering or create disturbances at polling places, which are illegal acts. And individuals who have not been formally appointed as challengers are prohibited from playing that role, Grewal said.

Grewal’s guidance comes in the wake of a report by the New Jersey Office of Homeland Security and Preparedness (NJOHSP) that found the threat posed by white supremacists in the state rose to “high” from “moderate” this year.

In its supplemental threat assessment, the NJOHSP warned of numerous threats from domestic extremists and foreign adversaries expected to emerge surrounding the Nov. 3 elections, as well as the COVID-19 pandemic.

During a media briefing Oct. 19, Murphy said he met last week with New Jersey Secretary of State Tahesha Way and Office of Homeland Security Director Jared Maples to discuss “making sure the election process is safe and secure and that we don’t have things like intimidation occurring.”

Other Steps Taken By The AG’s Office

According to the Attorney General’s Office, several other actions have been taken to “protect the voting rights” of New Jersey voters.