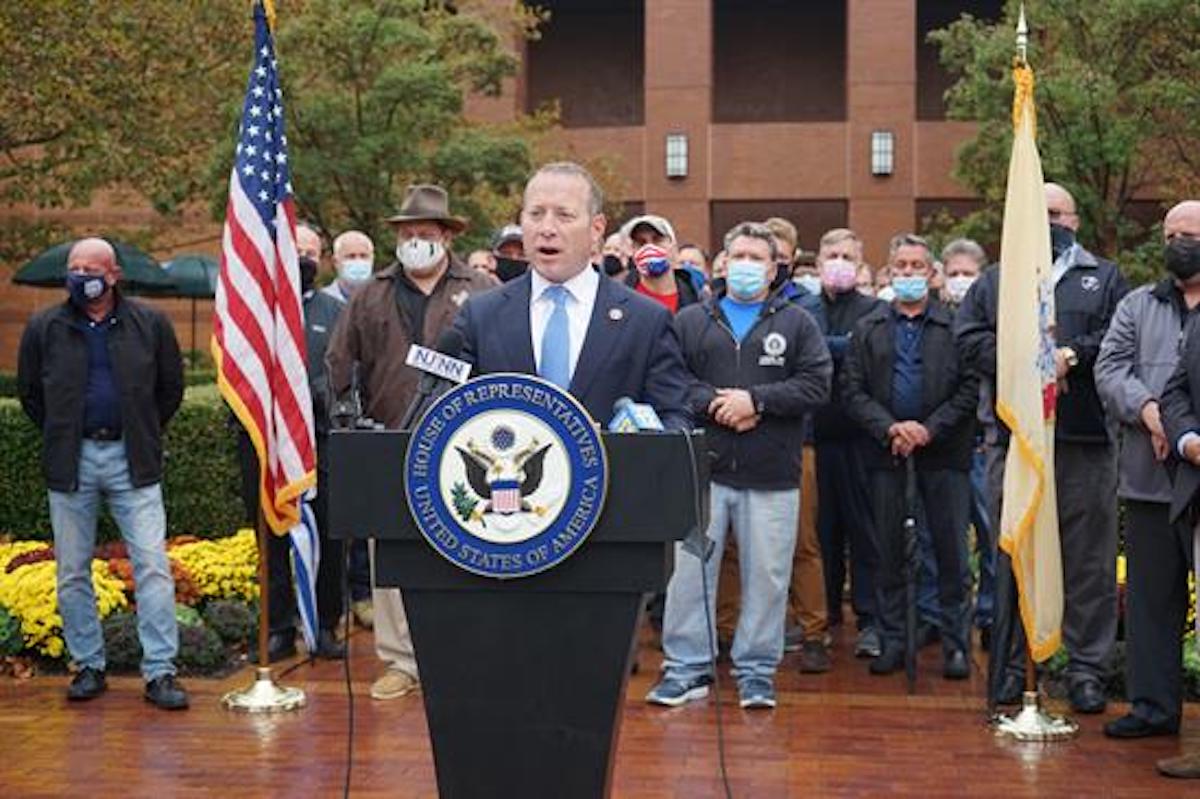 If enacted, Gottheimer believes the tax would force data processing centers out of the state, hundreds of jobs and cause a multi-million loss in local tax revenue.

According to the proposal, the tax would apply to entities that process 10,000 or more transactions through electronic data processing centers located in New Jersey, like the New York Stock Exchange (NYSE) and NASDAQ.

The tax, which calls for a $0.0001 cent tax per transaction, would expire after two years and would raise $1 billion during that period, Assemblyman John McKeon (D-27), the bill’s sponsor said.

Should the tax move forward, the NYSE, which operates a data center in Mahwah, has threatened to leave the state, Gottheimer said during an Oct. 20 press conference outside of the facility.

“As soon as the state imposes this new tax, the back-end of the stock exchange here in Mahwah and all the banks that have a presence here will move, in unison, to a new location out-of-state,” he said.

“The bottom line is we cannot place this sort of tax on our financial transactions, because the firms that have processing centers in North Jersey and all throughout out state—where these transactions actually take place digitally, like here at the New York Stock Exchange data center—will pack up ASAP, head out of state, and cut all the jobs here, including those of hardworking men and women of labor. They have already proven that they can and that they will,” he said.

Improvements in technology and connectivity in recent years has meant that financial firms no longer need to be in close proximity to Manhattan and can place data centers almost anywhere.

In late September, NYSE tested a transition out of New Jersey, moving their transactions to a secondary data center in Chicago showing that they could just as easily operate there should the tax move forward.

Two other exchange operators—Nasdaq Inc. and Cboe Global Markets Inc.—indicated that they would leave New Jersey over the tax.

Statewide, the financial securities sector employs more than 38,000 workers and contributes $1.22 to New Jersey’s economy for every dollar spent on services.

Tax Would Be New ‘Burden’

In the midst of a pandemic that has cost thousands of jobs in New Jersey, Gottheimer said the proposed tax “is not the right solution.” He went on to call it “foolish” and said the tax “would have awful ripple effects.”

According to Gottheimer, several other Bergen County legislators aren’t on board with the proposal. State Sens. Paul Sarlo (D-36) and Joe Lagana (D-38) both have expressed reservations about the bill, said the congressman.

“When our state is already hurting — our taxpayers, residents, and retirees are about to get completely whacked, all while jobs are already being driven out of our state,” he said. “If the tax does go into effect and the financial firms have to immediately take on that new burden, what we’re going to see is that tax passed down to our residents as a cost of doing business, making every day saving more costly for families, local investors, everyone trying to save nickel and dime for their retirement, and those already living off their pension.”

McKeon initially pitched a $0.0025 tax with no sunset provision but amended the bill after receiving backlash New Jersey’s business community, as well as Republican lawmakers.

Gov. Phil Murphy has been supportive of the proposal—even after hearing concerns raised by financial institutions in the Garden State.

“The facts (are) we are in an hour of need. This is not a forever and always consideration,” said Murphy. “I think our side of the argument is reasonable, I’ve found them to be reasonable, and we shall see. This is something we still are studying and we still like what we see, but it’s complicated, there’s no question about it.”