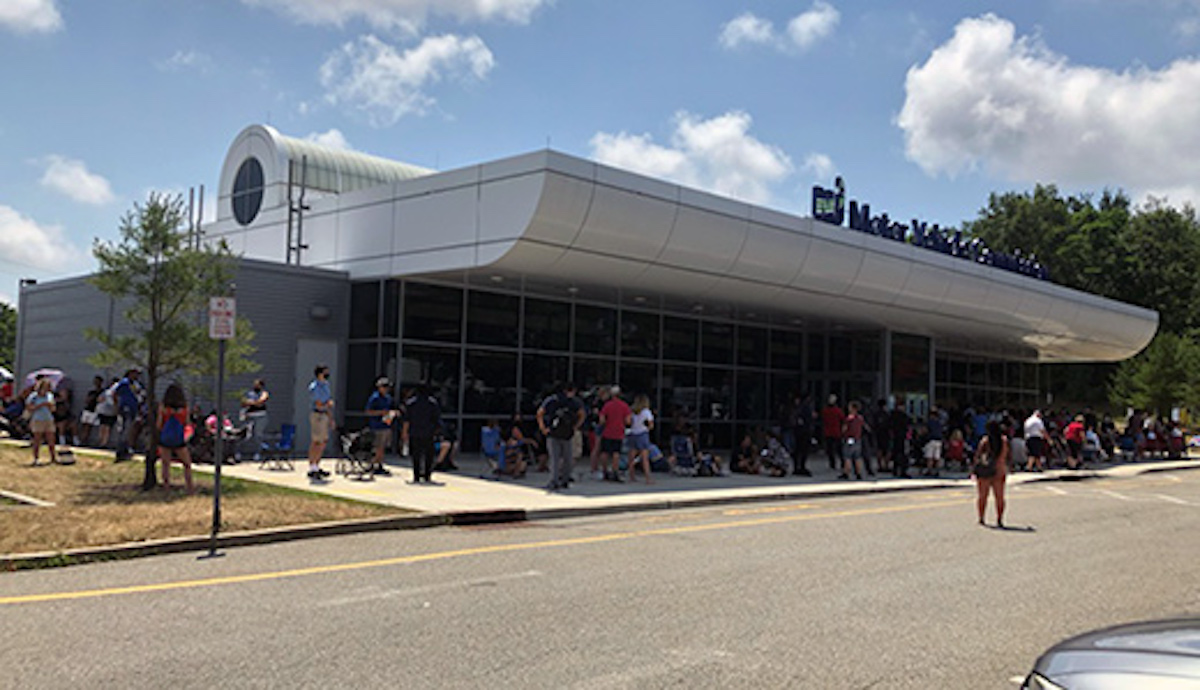 As the New Jersey Motor Vehicle Commission (MVC) continues to work its way through a backlog caused by the COVID-19 shutdown, lawmakers are looking to modernize how the agency serves the state.

Three bills aiming to reduce long lines and wait times at the MVC that have plagued locations since opening after a nearly four-month closure are advancing in the state Legislature.

Under A-4487, the MVC would be required to create a virtual check-in pilot program that would allow drivers to reserve their spot in line from home, which legislators said will help alleviate lengthy waits.

Drivers would also be able to move up in the line without being physically present and check in remotely from the parking lot using a mobile app. The MVC’s current check-in program requires patrons to be at the offices to be added to the queue.

At least six agencies would participate in the one-year pilot initially, but it would be expanded to include four more locations halfway through the program. The bill was approved by the Assembly Transportation and Independent Authorities Committee Oct. 22; the Senate Transportation Committee released a companion bill in August.

Assemblyman Daniel Benson (D-14), the committee’s chair and bill sponsor, said lengthy wait times at the MVC were typical even prior to the coronavirus outbreak.

“People are tired of waiting in long lines or visiting agencies multiple days in a row just to get a spot in the queue,” he said in a statement. “And, the coming colder temperatures will make this worse.”

Assemblyman Jon Bramnick (R-21), who serves as a sponsor for the measure, said, “Drivers have waited for hours without any communication from the agency. There has been no social distancing in the lines and we are experiencing a public health emergency.”

After calling the state’s response “shameful,” Bramnick said the Murphy administration’s “lack of action” prompted a bipartisan bill “to fix the problems.”

Under another bill, A-4873, drivers would be able to make appointments using the MVC website. In addition, the bill, introduced Oct. 22 by Bramnick, extends the expiration date on certain documentation if the next available appointment isn’t available until after the expiration.

A-4632 would let the MVC offer the written driver’s license knowledge exam online during the public health emergency. The measure, which recently passed the Assembly Transportation and Independent Authorities Committee, was sponsored by Assemblywoman Aura Dunn (R-25), Assemblyman Thomas Giblin (D-34) and Benson .

Applicants would be required to certify that they did not use any reference materials or receive help while taking the test, and those under 18 must have a parent or guardian present. The provision would expire 31 days after the public health emergency is lifted.

Dunn said in a “digital age,” where “a vast majority of us are learning and working from home,” New Jersey “can and should move certain services online to protect people’s health and save time during the pandemic.”

“This pandemic is not going to be resolved any time soon, which is why it’s important to find ways to accommodate the needs of New Jersey residents in the meantime,” said Giblin and Benson in a joint statement. “Even with MVC offices reopened, many have already had to temporarily closure their doors due to workers testing positive for COVID-19. These closures only increase the already massive demand for MVC services. We must offer as many alternatives to in-person services as possible to limit the number of residents needing to visit these offices.

The bill now heads to the assembly speaker for further consideration.

Upon reopening its doors, MVC locations were greeted by hundreds of people who spent hours waiting in line to conduct their business.

In an effort to limit the amount of people visiting MVC sites, the agency expanded the number of services that can be conducted online.