by Sabrina Walsh
in County, Trenton
0 0
4 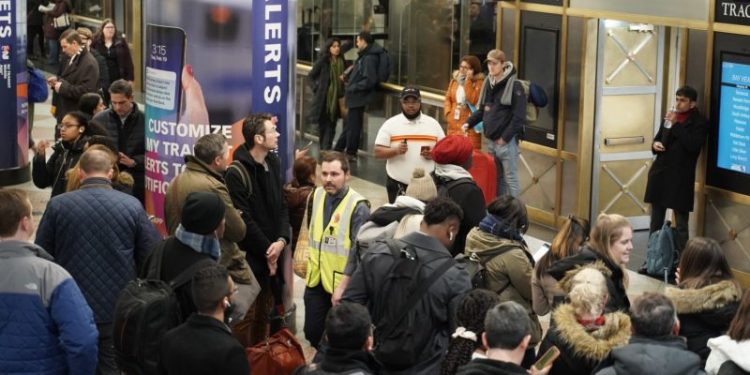 Prior to the onset of the COVID-19 pandemic, nearly a half million New Jerseyans worked in New York.

With many Garden State residents still working from home, New Jersey legislators are looking to change where they pay their income taxes.

The State Senate passed a bill on Oct. 29 to examine the continued taxation’s impact on New Jersey and what it stands to gain if the income tax revenues were redirected from New York.

A companion bill was introduced the same day by Assemblyman Ronald Dancer (R-12).

State Sen. Steven Oroho (R-24), one of the bill’s sponsors, said it was unfair for New York to tax former commuters from New Jersey who have been working remotely during the public health crisis.

In a press statement, Oroho, the Senate Republican Budget Officer, said, “It’s no surprise that New York wants to keep padding its budget at the expense of New Jersey, even if it no longer has a legitimate claim to our residents’ tax dollars. What is surprising, however, is that New Jersey has been so timid in addressing New York’s unjust taxation of New Jerseyans who are working from home and no longer commuting across the Hudson.”

“It’s likely that many of our former commuters will work completely or primarily from home going forward,” Sarlo said. “That makes New York’s continued taxation of New Jerseyans even more unjust.”

According to Oroho and Sarlo, most former commuters to New York would pay less if subject to New Jersey’s lower income tax rates.

New Jersey would also “benefit from hundreds of millions or even billions of dollars” in redirected income tax revenues currently paid to New York. Under the bill (S-3064) approved, the State Treasurer would be required to compile a report that Oroho said “will show the scope of the problem and set the stage for future action.”

According to the bill, the state treasurer would be required to report to legislators within six months on:

Oroho and Sarlo noted that other states with similar concerns are taking action as well.

Last week, New Hampshire announced a federal lawsuit against Massachusetts for taxing the income of remote workers who no longer commute to the Bay State.

According to the newly-passed Senate bill, the state treasurer’s report will examine whether New Jersey should join the lawsuit.