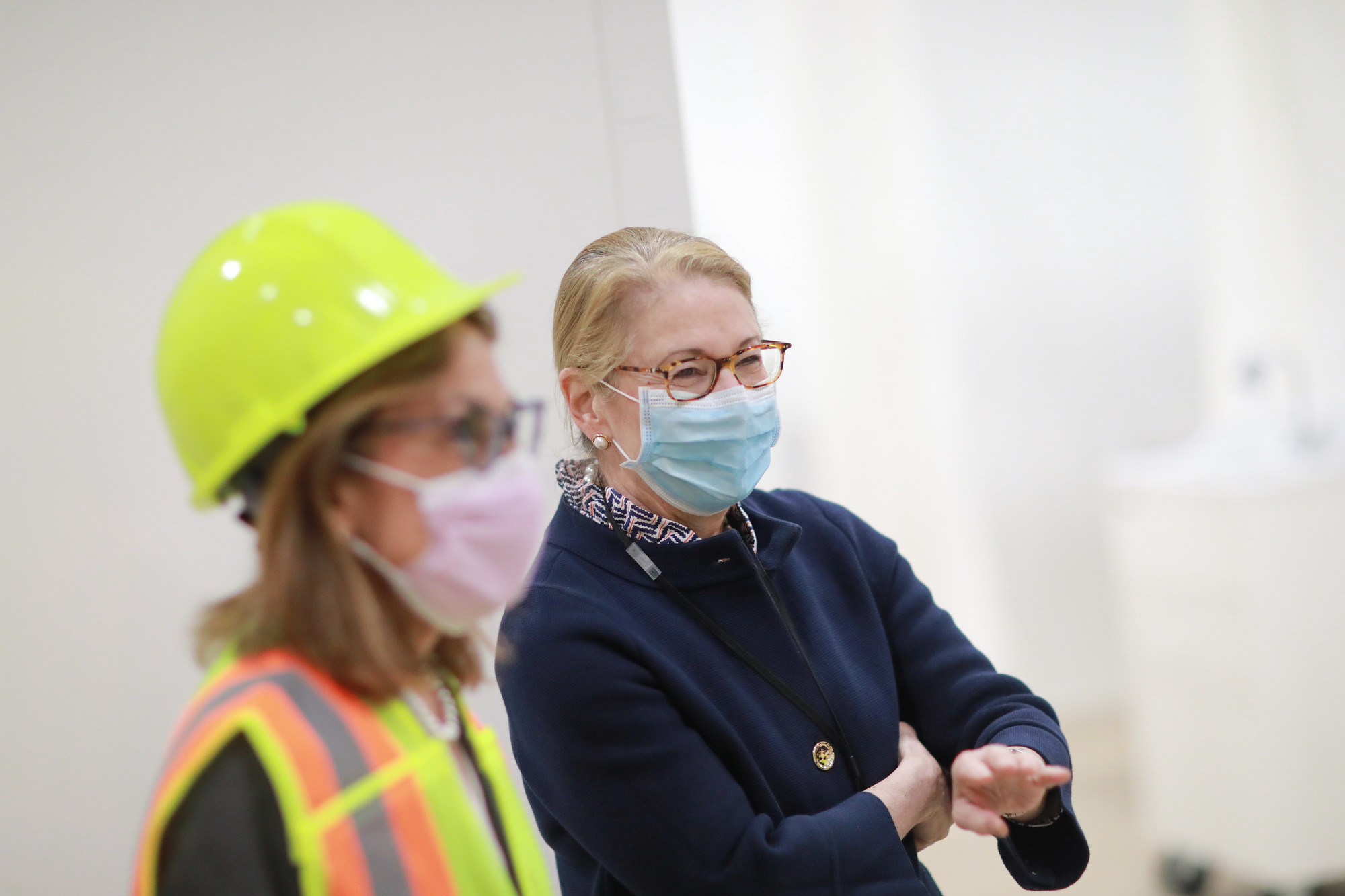 State officials plan to use “hotspot” teams used successfully in Lakewood in October to combat the second wave of the coronavirus in New Jersey.

New Jersey Department of Health (NJDOH) Commissioner Judith Persichilli said the department created hotspot teams to support communities needing help responding to an increase in COVID-19 cases have begun to surge in the state. The teams are focused on increasing testing, contact tracing capacity, education and awareness, and ensuring places are available to isolate and quarantine.

“It has worked in the past. These are not new interventions. They’re decades old public health interventions. It worked with measles, it can work with COVID-19,” stated Persichilli.

“Working together with the Ocean County Health Department and the community and religious leaders in Lakewood, we ….developed a plan to mitigate the spread of COVID-19 in that area,” said Persichilli. “We have seen a dramatic decline in the spread of the virus. In Lakewood, percent positivity went from a high of 36% in late September to 5.64% as of (Oct. 23).”

Additinally, the department deployed a nursing team to both the FQHCs to assist and train them on the Binax Now rapid testing process. In total, 33,634 total tests were performed in Lakewood.

The use of contact tracers was increased, with NJDOH sending 21 contact tracers to Ocean County and expanded their hours into the evenings and weekends. The staff helped the local health departments interview individuals and notify contacts during that surge.

Persichilli said a key competent to the success of the hotspot teams was the cooperation of local community and religious leaders to increase public messaging and raise awareness of the important public health prevention practices, such as isolating when you are sick.

“When we all work together, wearing masks, social distancing, washing your hands frequently, staying home when you are sick, getting tested and answering the call, we can do better,” said Persichilli. “We can beat this virus.”

The hotspot teams are now monitoring and working with other communities, including Newark where the positivity rate on a seven-day rolling average spiked to 11.6%. As a result, the city is now enforcing a business curfew of 8 p.m.

“Newark has been extremely resilient in responding to COVID-19, but they needed a little more support,” said the commissioner. “We deployed contact tracers, and we’re working with the health department to enhance testing and isolation capacity.”

Staffers that helped Ocean and Monmouth health departments during their surges are now being reassigned to Essex, Hudson and Bergen as their case counts increased in recent weeks; about 20 contact tracers are providing support to those counties.

Gov. Phil Murphy added “When we say scalpel, a big piece of that is testing, tracing, enforcement, public pronouncements, working with our community leaders, with faith leaders, and that combination feels like it is one that is working in the context of what is undeniably a surge.”

Persichilli explained the only tools New Jersey has are non-therapeutic interventions that help decrease the transmission.

“That’s why it’s so important that we work with the residents of New Jersey, because we can’t do it by ourselves. The hotspot team cannot do it by themselves,” stated the commissioner. “The increased testing finds the cases, the local health department does the case investigation, the contact tracers find out who’s been exposed, and provides the appropriate safeguarding at that point. That’s what we have, and it can work.”

State officials noted 26 deaths occurred in the last 48 hours of reporting that have not yet been lab confirmed.

The daily rate of infections from those tested as of Oct. 22 was 6.5%. By region, the North has a rate of 6.8%, Central at 6.9% and the South at 5.7%. The state is no longer using serology tests as health officials explained those results show a past presence of the disease as well as a current one.

As for the rate of transmission, it increased to 1.29 from 1.27 the day before. Officials have continually cited transmission rate and positivity rate as health data they rely on to track how the coronavirus is being contained in New Jersey, guiding them in determining when restrictions have to be tightened or lifted.

Officials reported 1,104 patients are hospitalized; by region, there were 575 in the North, 255in the Central and 274 in the South.

Of those hospitalized, 213 are in intensive care units and 101 on ventilators as of Nov. 1, while 257 patients were discharged over the weekend.

Another 611 cases are still under investigation to determine where the person resides.

Health officials noted 177 long-term care facilities are currently reporting at least one case of COVID-19, accounting for a total of 4,690 of the cases, broken down between 2,626 residents and 2,064 staff.

The state’s official death total will now be reported as those that are lab confirmed, sits at 7,225 on Oct. 30. The facilities are reporting to the state 6,852 residents deaths and 121 staff deaths.