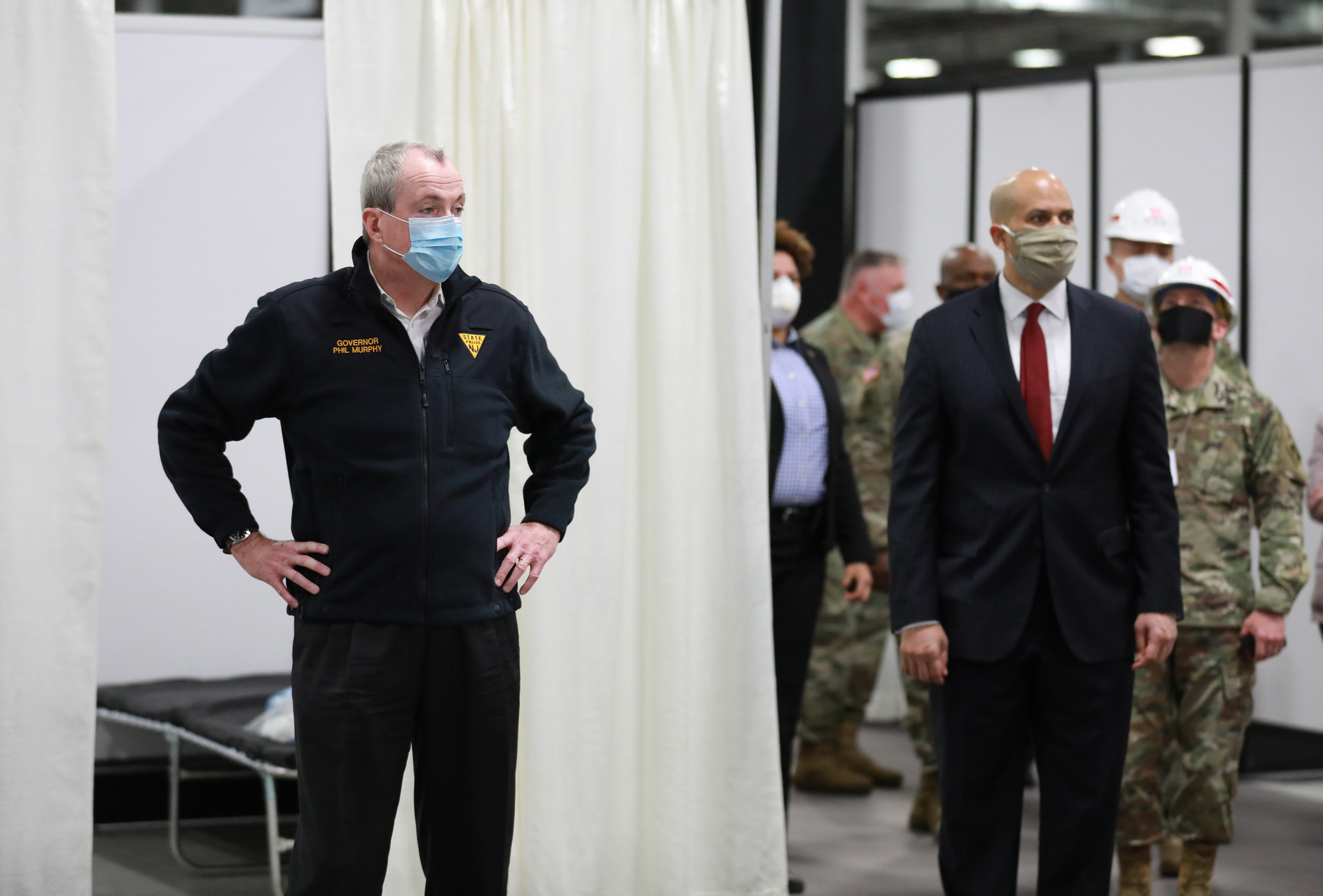 Gov. Phil Murphy and Sen. Cory Booker laid out the need for more coronavirus aid in New Jersey that is currently being held up in the U.S. Senate.

“We are still in that proverbial valley of the shadow of death,” said Booker at a press briefing Nov. 9. “We are going to be in a difficult time for a while now. The pain and the hurt is not over. We have challenges.”

Stating “political season is now over,” Booker called for finding common ground to help the country during this time of crisis as “we have to understand that we need each other, that we are dependent upon each other, and that we’re stronger when we stand and work together.”

The senator said he will head back to Washington to get needed relief back to New Jersey but worried politics inside the Republican party would again delay a stimulus package from being voted on in the Senate.

“It demands a big response. We cannot play it small,” said Booker, calling for actions including extending unemployment relief and eviction protections, providing funds for small businesses, states and municipalities and making sure hospitals and nonprofits have the resources needed.

“We must focus on getting something significant done, and done now. Waiting until January means literally lives could be lost because of our inaction.”

When asked by Murphy to handicap the likelihood of a significant stimulus bill in the lame duck, Booker replied “ I think it’s sincerely going to be challenged because of one person and that is Mitch McConnell….I think the big obstacle has been Mitch McConnell, and he’s even signaling today that he does not want to do something big.”

Both lawmakers praised President-elect Joe Biden for his decision to make his first official announcement of the creation of his Coronavirus Task Force.

“We must restore a central focus on science and medicine as we fight this pandemic,” said Murphy. “We need to take our fight against this virus out of the political arena and put it back in the scientific one, where it belongs and where it should have never left.”

Murphy said his top priorities in working with the incoming administration beside fighting COVID-19 was securing federal funding for the new Gateway Project Rail Tunnel under the Hudson River and restoring the state and local tax (SALT) deduction.

“Suffice it to say, however, that we are both anxious to begin working with President-Elect Biden on issues which are not only important to our nation as a whole, but to New Jersey specifically,” said Murphy.