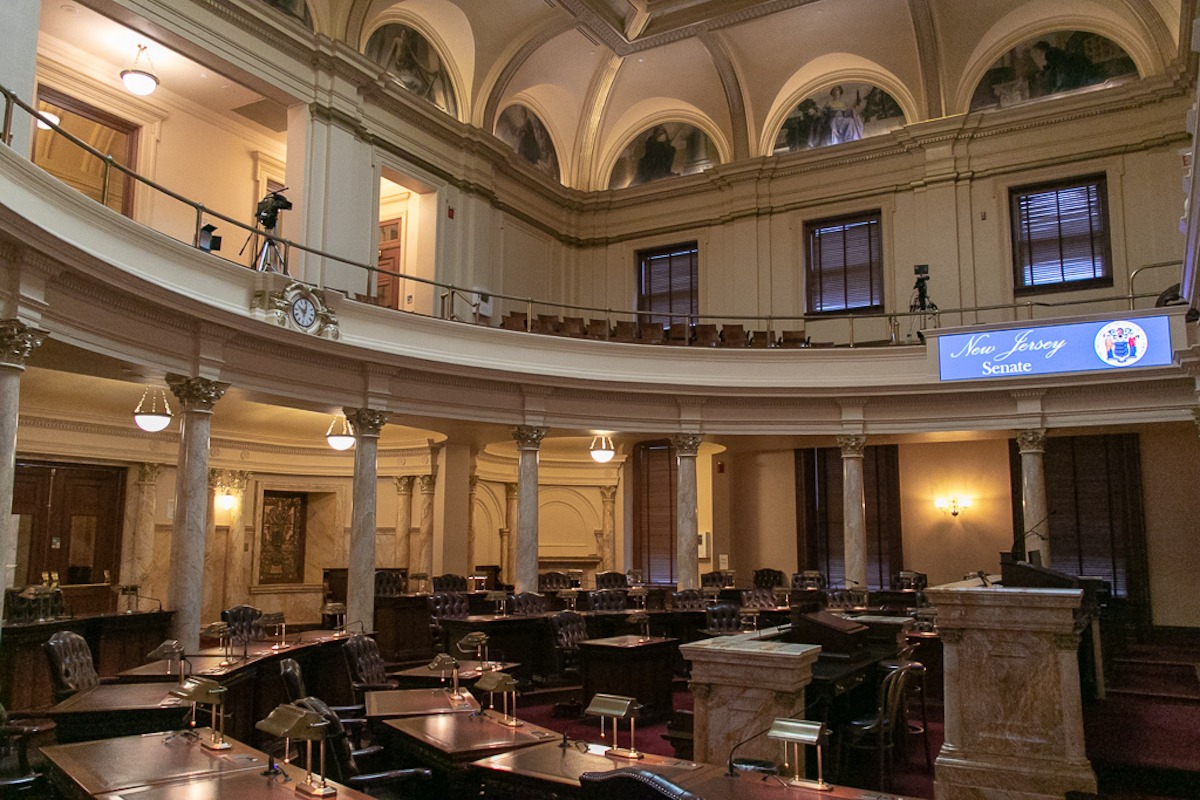 After voters passed a referendum to legalize the use of marijuana by adults in New Jersey, lawmakers are advancing bills to implement the measure.

But until legislators etch out rules and regulations for the industry, individuals can still be arrested between now and the passage of legislation governing cannabis in New Jersey.

On Nov. 8, the State Senate Judiciary Committee approved a decriminalization bill that would legalize possession of up to six ounces of marijuana and distribution of one ounce, reduce sentences for distribution charges and automatically expunge certain marijuana-related offenses.

State Sen. M. Teresa Ruiz (D-29), the primary sponsor of S-2535, said the measure a year in the making is “the most progressive decriminalization bill in the country.”

“Not only are we decriminalizing possession but also first offenses for low-level distribution, a move which will offer individuals a second chance and ensure they do not become entangled in the system the first time they are caught selling small quantities of marijuana,” she said in a statement.

“I am grateful we were able to add policy that broadens the social justice lens and that gets at the heart of the bill’s intent and will help ensure that our minority majority communities do not continue to be over penalized for minor drug offenses,” Ruiz said.

Sen. President Steve Sweeney (D-3) called the bill a major step forward in correcting the injustices that are discriminatory and counterproductive.

“Decriminalizing minor marijuana offenses will do away with unnecessary arrests and unfair legal penalties,” stated Sweeney. “Combined with the adult-use cannabis legalization plan approved by the voters, New Jersey will move forward with significant criminal and social justice reforms in the forefront.”

An identical bill was approved in January by the state Assembly and referred to the Senate Budget and Appropriations Committee. Its sponsors include North Jersey Assemblymembers Benjie Wimberly (D-35), Gordon Johnson (D-37), Britnee Timberlake (D-34) and Angela McKnight (D-31).

While the ballot question passed, Attorney General Gurbir Grewal reminded residents marijuana-related arrests will not stop or the sale of pot is now legal. And since the referendum only regarding the use of marijuana for those 21 and up, younger people could still face arrest without a decriminalization measure on the books.

Currently, possession of 50 grams or more of marijuana is a fourth-degree crime that carries a maximum 18-month prison sentence and fine.

Sweeney has called upon the New Jersey State Attorney General’s Office to “immediately suspend arrests and court cases for possession of marijuana.”

After voters approved the legalization referendum by a two-to-one margin, Sweeney is urging Grewal “to use his legal and moral authority to issue clear guidelines to all law enforcement authorities to stop all arrests and suspend all pending criminal cases against individuals for possession of amounts of marijuana that would be considered personal use.”

“It’s time for these arrests that have disproportionately affected people of color to stop,” he said.

Although legalizing marijuana is a key victory, some legislators believe the state needs to do more to include greater social justice protections for minority communities.

Sweeney, Ruiz and Senate Judiciary Committee Chair Nicholas Scutari (D-22) believe all state revenue from legalized adult-use cannabis should be “dedicated to impacted communities to reverse the harmful effects of systemic racism in our criminal justice system, from arrest to sentencing to incarceration.”

“Those drug laws, with their mandatory minimum sentences, destroyed the lives of too many people of color, and we need to ensure that those new revenues are dedicated where they can do the most good to revitalize our communities,” they said in a statement.

In an effort to increase diversity within the cannabis industry, State Sens. Shirley Turner (D-15) and Troy Singleton (D-7) have proposed an amendment that allows minority license holders to partner with investors to help get their operation up and running.

“To ensure that the profits garnered from the cannabis industry are funneled back into the communities that need it most, we are calling on the sponsor to dedicate 25% of all tax revenue collected to programs within impact zones which work to reverse the harmful effects of drug criminalization,” the senators said.

“Clearly more needs to be done to reverse the systemic racism underlying our criminal justice system, but legalizing cannabis, facilitating minority participation in the industry, and using our new revenue stream to revitalize our communities is a step in the right direction.”