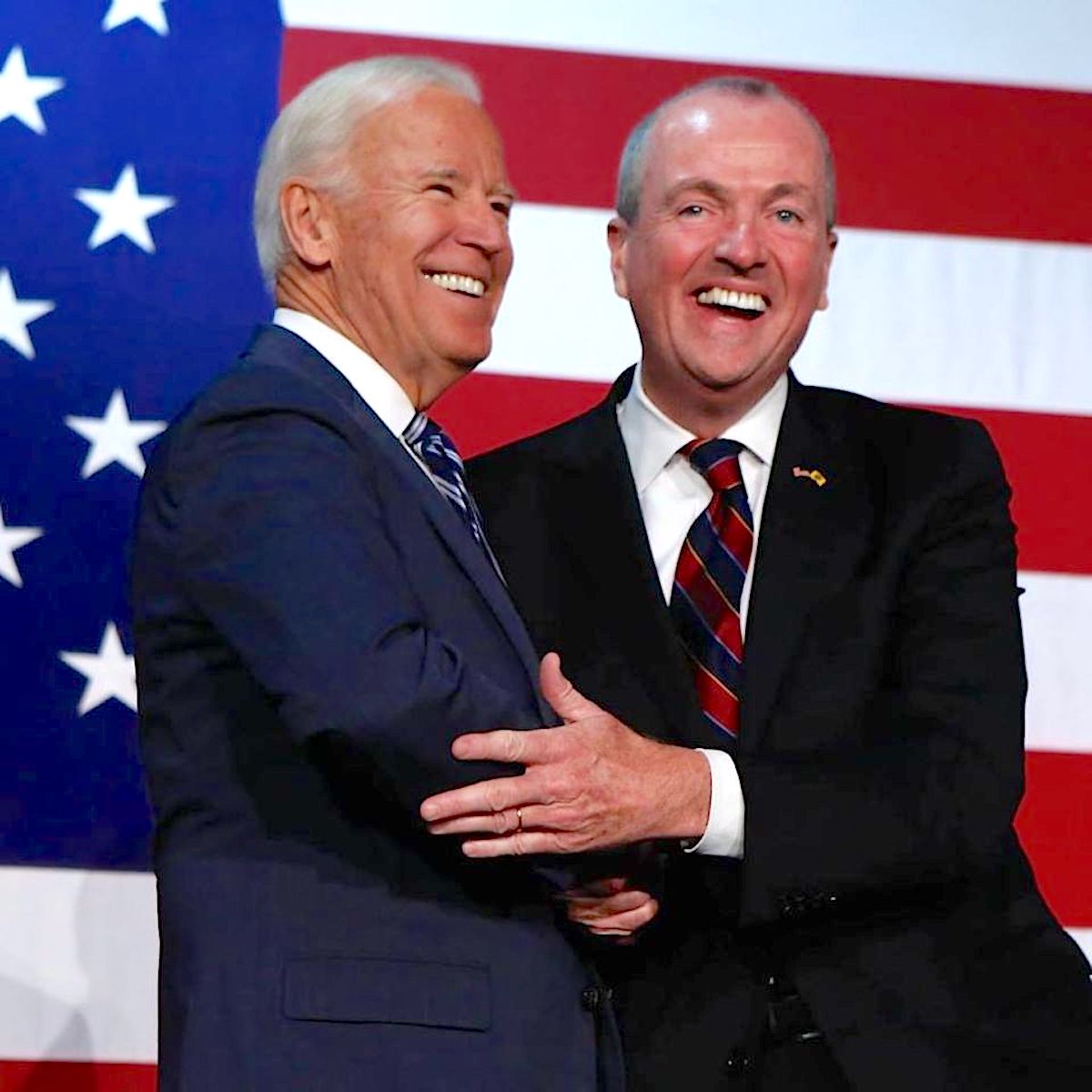 Coming off a recent White House coronavirus meeting, Gov. Phil Murphy believes the exclusion of President-elect Joe Biden’s team must come to an end as the numbers in New Jersey continue to worsen.

“There is no way to sugar-coat any of these statistics,” said Murphy at a press briefing Nov. 18. “They are not good and trending worse.”

But while the governor said hopeful news from Pfizer and federal officials—including Dr. Anthony Fauci, director of the National Institute of Allergy and Infectious Diseases—on a vaccine being available by the end of the calendar, Murphy believes the time has come for President Donald Trump to loop in Biden representatives.

“The fact that the Biden…transition team is being blocked out from being in those discussions is putting lives at risk,” said Murphy. “You can’t just saunter in on Jan. 20 and pick up the playbook and execute it.”

At nearly the same time, Biden himself was making the case for his representatives to be included, telling a group of workers that the head of the General Services Administration (GSA) could act now to give him access to federal resources to help plan his coronavirus response.

“The law says that the General Services Administration has a person who recognizes who the winner is,” President-elect Biden said. “It doesn’t require that there be an absolute winner. It says the ‘apparent’ winner.”

“We’re all ready to go,” said the President-elect, pledging to mount a major new effort to combat the coronavirus pandemic. But he said his ability to plan was restricted by the delayed transition caused by President Trump’s refusal to acknowledge his victory and the GSA administrator signing the paperwork grants Biden’s transition team access to funds, equipment and government data.

President Trump is still contesting the outcome,asking for recounts in states such as Wisconsin and going to court to contest elections results. The Trump campaign has argued 25 times in court in challenging election results as of Nov. 18 and has only won one case.

As a result of contesting the election, Trump officials have stated they are moving forward in preparing for a second term, including high ranking members such as Secretary of State Mike Pompeo and White House trade adviser Peter Navarro.

Murphy stated not working with Biden officials, especially when it comes to a two-jab, sub-zero vaccine, is a national health matter and the action of the Trump administration is putting lives at risk as a result.

“I think the complexity of all of this is at another level relative to any other vaccine mission we have pursued,” said Murphy. “We are going to need our federal partners both logistically and financially every step of the way.”

The subject of cooperation between Trump and Biden was not brought up with White House officials but Murphy said “we are making that point strenuously and strongly through other channels and we will continue to do that both here using the bully pulpit and other avenues.”

State officials noted 31 deaths occurred in the last 24 hours of reporting that have not yet been lab confirmed.

The daily rate of infections from those tested as of Nov. 14 was 10.9%. By region, the North has a rate of 11.1%, Central at 10.0% and the South at 12.2%. The state is no longer using serology tests as health officials explained those results show a past presence of the disease as well as a current one.

As for the rate of transmission, it increased to 1.43 from 1.42 the day before. Officials have continually cited transmission rate and positivity rate as health data they rely on to track how the coronavirus is being contained in New Jersey, guiding them in determining when restrictions have to be tightened or lifted.

Of those hospitalized, 461 are in intensive care units and 223 on ventilators, while 288 patients were discharged.

Another 734 cases are still under investigation to determine where the person resides.

Health officials noted 263 long-term care facilities are currently reporting at least one case of COVID-19, accounting for a total of 4,900 of the cases, broken down between 2,459 residents and 2,441 staff.

The state’s official death total will now be reported as those that are lab confirmed, sits at 7,263 on Nov. 18. The facilities are reporting to the state 6,890 residents deaths and 121 staff deaths.