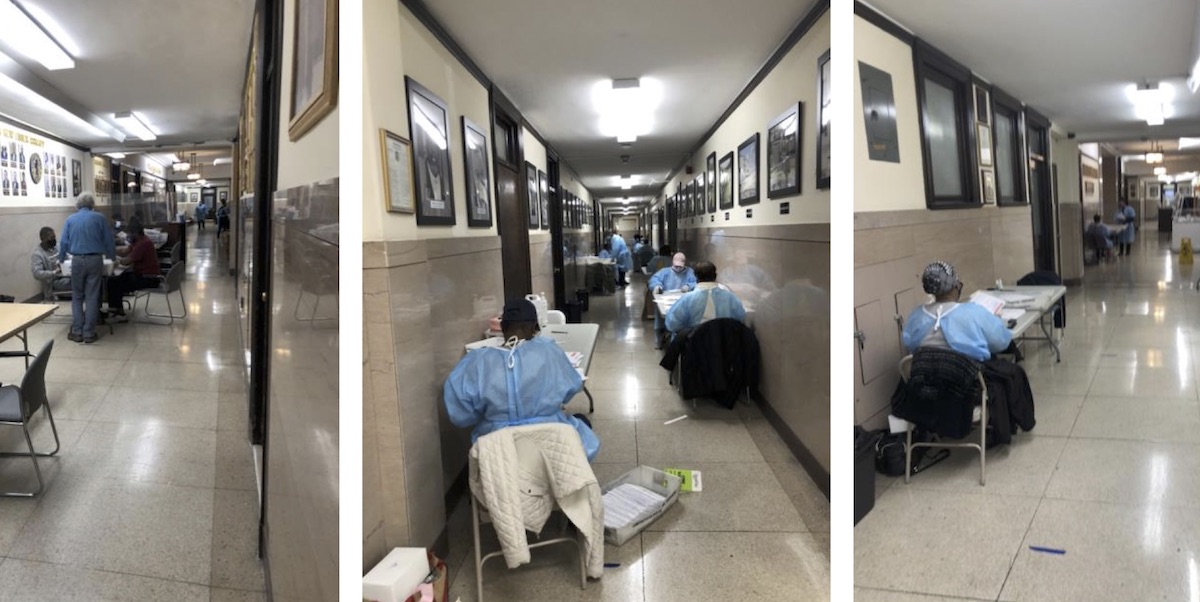 A report of voting irregularities in Essex County by Rosemary Becchi in her race against Rep. Mikie Sherrill resulted in a spirited back and forth between the two camps Wednesday.

Sherrill campaign manager Elizabeth Davis called the report a “publicity stunt meant to erode faith in our democracy and attack our election system,” to which Becchi responded by stating she was “shocked by the blatant disregard for the legal process” by her opponent.

The back and forth is over a 31-page report Becchi, the Republican candidate for New Jersey’s 11th congressional district against Sherrill, delivered on Nov. 18 to the U.S. State’s Attorney’s Office for the District of New Jersey citing inconsistent procedures, lack of ballot integrity and security, and unresponsiveness from the Essex County Board of Elections.

In the official Sherrill statement, Davis chided Becchi, stating “One of the first things kids learn in Little Leagues across the nation is to shake hands with your opponent, win or lose. It’s a basic lesson that Rosemary Becchi has yet to learn. Unfortunately, this isn’t Little League.”

Davis continued that “Ms. Becchi’s spurious allegations are a publicity stunt meant to erode faith in our democracy and attack our election system. It’s a blatant disregard for the people of this district who spoke and overwhelmingly decided they did not want Rosemary Becchi to represent them in Congress.”

Becchi responded by noting she was “shocked by the blatant disregard for the legal process- especially by a former U.S. Prosecutor. It appears that the U.S Attorney’s Office is taking the claims in the report seriously, and I hope that Congresswoman Sherrill and her campaign will do the same.

“I call on Mikie Sherrill to join our mission of insisting that the election process is fair and honest in Essex County for future elections,” said the GOP challenger. “Voters in New Jersey deserve to have their votes counted in a fair manner, that’s all we are saying.”

The alleged illegal processes outlined in the report include lack of cooperation with designated campaign challengers, unsupervised counting of ballots, ballot counting and processing behind closed doors with multiple unidentified parties entering and exiting the premises, unsecured ballot boxes, and ballot opening and sorting at undesignated locations of the Essex County Board of Records room in Newark.

According to the reports, ballots were re-routed to municipal buildings in both Nutley and West Orange after poll workers announced ballots were heading to Newark for official counting.

Becchi’s campaign manager Audrey Lane stated, “All possible wrongdoing affects the election. It is impossible for us to know the extent of the impact of this potential interference. We believe justice will be served in due course once the evidence is reviewed.”