OPINION: Without Evidence, Time for President Trump to Allow Transition Process to Begin 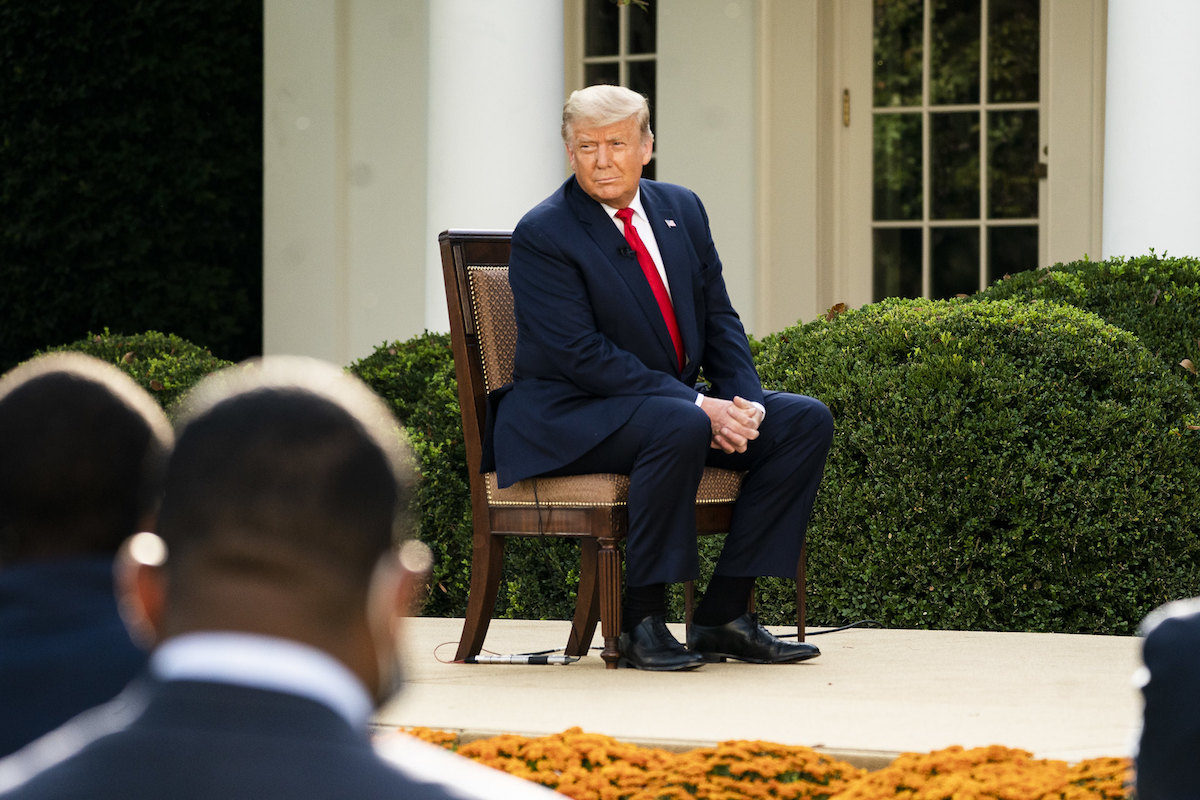 Voting irregularities are all the rage when it comes to Republicans who lost their election this year. But the contesting of two losses show a difference between allegations and evidence.

While not going to change the outcome, Rosemary Becchi recently provided a 31-page report with—including videos and pictures—of procedural concerns they believe were violated by the Essex County Board of Elections officials in her unsuccessful bid to replace Rep. Mikie Sherrill.

Becchi says evidence she has provided backs up her allegations that deserves the time to be investigated. But we admit we are wary the report is more tied to her political future than in looking to address inequities in our democracy.

The move is straight from the playbook of the leader of the Republican party, President Donald Trump, to cast doubt on the legitimacy of any election. All the President and his supporters have offered are allegations tied to conspiracy theories in their failure to begin the transition process to President-elect Joe Biden.

The President has sent out his personal lawyer Rudy Giuliani and assorted surrogates across the U.S. in failed attempt after attempt in court to find an avenue to overturn results in selected states he lost.

The search culminated with a rambling presentation of a sprawling and unsupported allegation of a conspiracy to steal the Presidential election between Democratic officials and foreign governments. Giuliani and others representing the President aired accusations of foreign interference in the election, claiming it had been rigged by communist money from Cuba and China and through a plot concocted by Hugo Chávez, the Venezuelan leader who died in 2013, and financier George Soros.

The above described by a desperate President and supporters centers around Dominion Voting Systems Inc.’s machines, alleging votes were switched in multiple swing states, including Georgia, Arizona, Pennsylvania and Wisconsin.

The Wisconsin case points to the lack of seriousness President Trump is exhibiting on the issue. He has asked for a recount in only selected counties, specifically Dane and Milwaukee. The problem is that those two counties use machines by Elections Systems & Software.

We note the Dominion voting machines are used in 28 states in the U.S. If the President was truly concerned about the issue, he should be calling for investigations into those states as well, not just the swing states he lost.

Or as the (sarcasm alert) liberal editorial board of The Wall Street Journal recently noted, if there were problems with Dominion Voting Systems vote-counting machines, Georgia’s hand recount would have found them. They did not in its by-hand recount that ended Nov. 19.

Let’s do some fact checking here.

Approximately 30 lawsuits have alleged violations of law during voting and counting in six swing states—Arizona, Georgia, Michigan, Nevada, Pennsylvania and Wisconsin. Only one court has found in favor of President Trump.

President-elect Biden won the election by nearly 6 million votes according to the AP in the overall vote and holds a 306-232 electoral college advantage, something Trump called a “landslide” in 2016 when the numbers were reversed for him.

So what is the goal for President Trump and those of his ilk? Simple: to delegitimize the election, possibly to run again in 2024. A Monmouth University polled showed it is working as 77% of Trump backers believe Biden’s win was due to fraud.

Any candidate has the right to contest the election, even if the allegations have been rejected by judges time and time again. But for the sake of the country he claims to love more than himself, the time has come for President Trump to allow the transition of power process to begin to President-elect Biden.