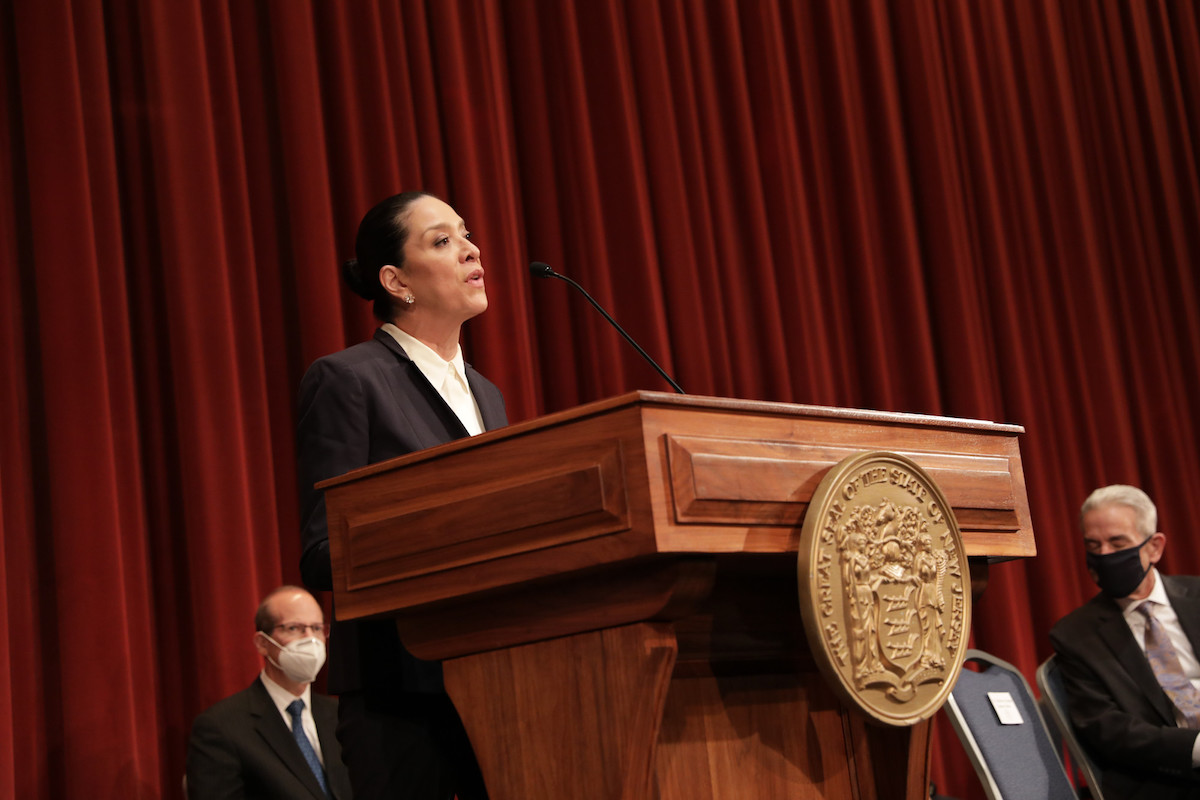 The legislation was named in honor of Daniel Anderl, the son of U.S. District Court Judge Esther Salas and was killed by an individual who was seeking to harm the judge.

“My husband, Mark, and I would like to thank Governor Murphy and all the men and women of the New Jersey State Legislature for enacting this trailblazing legislation,” said Judge Salas. “We hope this law can be a steppingstone to improving the security of my sisters and brothers who serve as federal judges throughout the country. Nobody should be forced to endure the kind of pain my family has experienced ever again.”

Protecting Those Who Serve

Gov. Murphy noted the law represented a commitment to ensuring the safety and protection of those who served the law, from judges to police.

“By shielding the home addresses and private contact information for those who serve on the bench and enforce our laws, we are demonstrating that in the face of unspeakable tragedy, New Jersey responds not with thoughts and prayers, but with concrete action,” he said.

The bill amends the Open Public Records Act (OPRA) to exclude from the definition of a government record the address of any active or retired judge, prosecutor, or law enforcement officer. Additionally, under the law, government agencies, individuals, and businesses will be prohibited from knowingly publishing contact and identifying information of these officials.

“Making tough decisions is part of the job for judges and prosecutors. Sometimes these decisions aren’t popular, and they become a target,” the Assembly sponsors said in a joint statement.

“The goal of this bill is to better protect the privacy of judges and prosecutors by prohibiting their personal addresses and contact information from being shared online without their consent,” they continued.

Sens. Bob Menendez and Cory Booker echoed the Murphy’s comments, saying those who served the law should be fearful of their personal information being used against them.

“To everyone who played a role in getting this done, I thank you. However, our work does not end here. We must extend these privacy protections nationwide, so that no one lives through what Judge Salas and her husband lived through,” he said.

The senators renewed their call to pass federal legislation they introduced in response to the targeted attack on Salas’ New Jersey home by a gunman who found her address online.

“We are living in a time of endless vitriol, rising hate crimes, and increased personal attacks. And while we may not be able to eliminate hatred from someone’s heart, we can take action to better protect the men and women of our federal bench,” stated Menendez. “That’s why I…remain committed to the passage of the Daniel Anderl Judicial Security and Privacy Act in Washington.”

Booker added “No person who takes on the responsibility of serving as a federal judge should ever have to live in fear that they or their family could be targeted by someone who is able to easily access their personal information. Judge Salas and her husband, Mark, have gone through something that no parent should ever have to endure.”