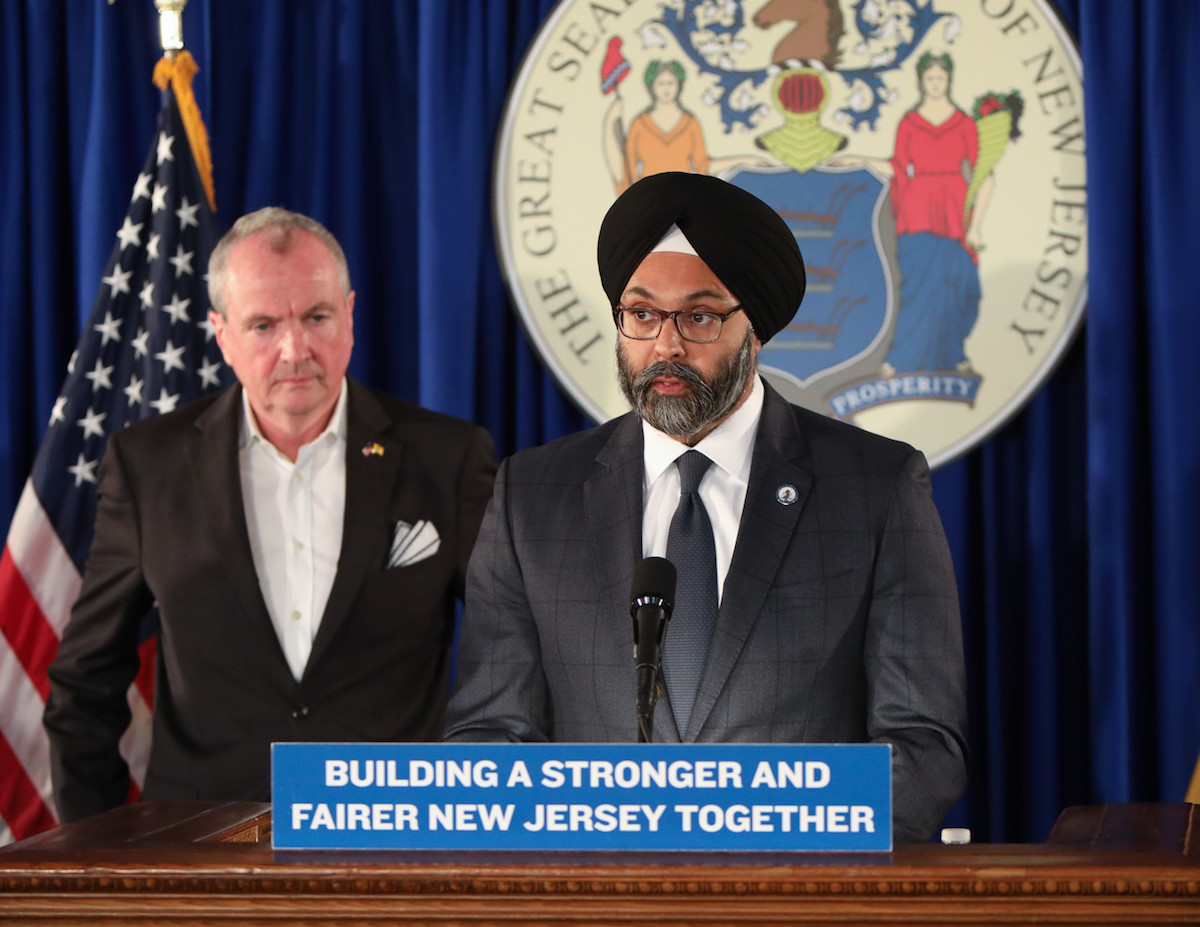 The police reform policy, which is the first of its kind in the United States, emphasizes de-escalation and calls for the use of force as a last resort by New Jersey’s 38,000 local, county and state law enforcement officers.

“We are building on the important work already underway in the state’s best police departments and establishing a new standard of excellence across the Garden State,” Grewal said in a statement. “Today’s changes are about more than just reducing unnecessary use of force by law enforcement. We are also restoring the public’s trust in the work we do which, in the long run, makes law enforcement more effective and everyone safer.”

The new policy will take effect Jan. 1, 2022 as all officers will undergo a two-day training program over the next year on de-escalation and other tactics aimed at limiting the use of force, according to Grewal.

The changes include bans on all forms of physical force against a civilian—such as chokeholds and strikes to the head or neck—except as a last resort and only after attempts to de-escalate the incident.

Carole Johnson, Commissioner of the New Jersey Department of Human Services, said the revisions will help “create a safer and more just New Jersey for all.”

Additionally, included in the policy is a requirement that any use of physical force be followed up within 24 hours with a report in a statewide Use of Force portal.

On an annual basis, every law enforcement agency in New Jersey, including the state police, county sheriff’s offices and local police departments, must review and analyze its use-of-force incidents and forward the information to the county prosecutor for review.

A public version of the portal, which will redact private details, like medical information, will be accessible to the public in the first quarter 2021, according to Grewal.

The reporting system, which Grewal said is one-of-a-kind, will allow the state, as well as the public, to review and analyze use-of-force trends, like racial disparities.

Patrick Colligan, President of the New Jersey State PBA, said the policy is “another important tool” that will enhance “the professionalism and integrity” of cops in the state.

“This policy makes key changes that will protect our officers on the job while ensuring the public that New Jersey police remain the best trained in the nation,” he said.

Esther Suarez, President of the County Prosecutors Association of New Jersey and Hudson County Prosecutor, said besides emphasizing the use of de-escalation “as the primary tool for officers,” another important aspect of the guidance regards training and tools for officers on how to handle incidents involving an individual experiencing a mental health episode.

A public use-of-force portal will be “a transformative and important step towards transparency and trust building between law enforcement and the public,” stated Suarez.

The new guidelines are winning praise from the leaders of organizations that have long called for police reforms and intensified this Summer after the death of George Floyd.

“This framework, if implemented effectively, could serve to avoid tragic outcomes and protect fundamental rights, particularly in Black and Brown communities which often are the subject of over-policing,” Sinha said.

Richard Smith, President of the NAACP New Jersey State Conference, called it “an important step forward to achieving police accountability.” He added that they applaud Grewal’s efforts, but that “more work must be done to improve police-community trust.”

“We appreciate being included in discussions during the revision process and look forward to future engagement as the new policy with accompanying training rolls out,” Smith said.

Up until now, New Jersey’s use-of-force guidelines hadn’t been revised in two decades, according to Grewal.

In June, amid rising tensions between protestors and police in the wake of Floyd’s death, Grewal announced his plans to update the existing use-of-force guidelines and reiterated the state remains committed to “making New Jersey a national leader in policing reform.”

According to Grewal, the reforms were spurred by his “Excellence in Policing” initiative, a program approved last year that intends “to promote the culture of professionalism, accountability and transparency” among law enforcement agencies.

The updated policy grew out of a yearlong, collaborative effort that include input from law enforcement, religious organizations, civil rights advocates and other members of the community, Grewal said.

Gov. Phil Murphy called the revision “another major step toward addressing the gap between law enforcement and the communities they serve.”

The governor added that he believes it will “ensure law enforcement is held to the highest professional standards, particularly for Black and Brown communities who have suffered far too many incidents of improper and excessive force.”

Gov. Phil Murphy Will Wait His Turn to Get COVID-19 Vaccine

Gov. Phil Murphy Will Wait His Turn to Get COVID-19 Vaccine