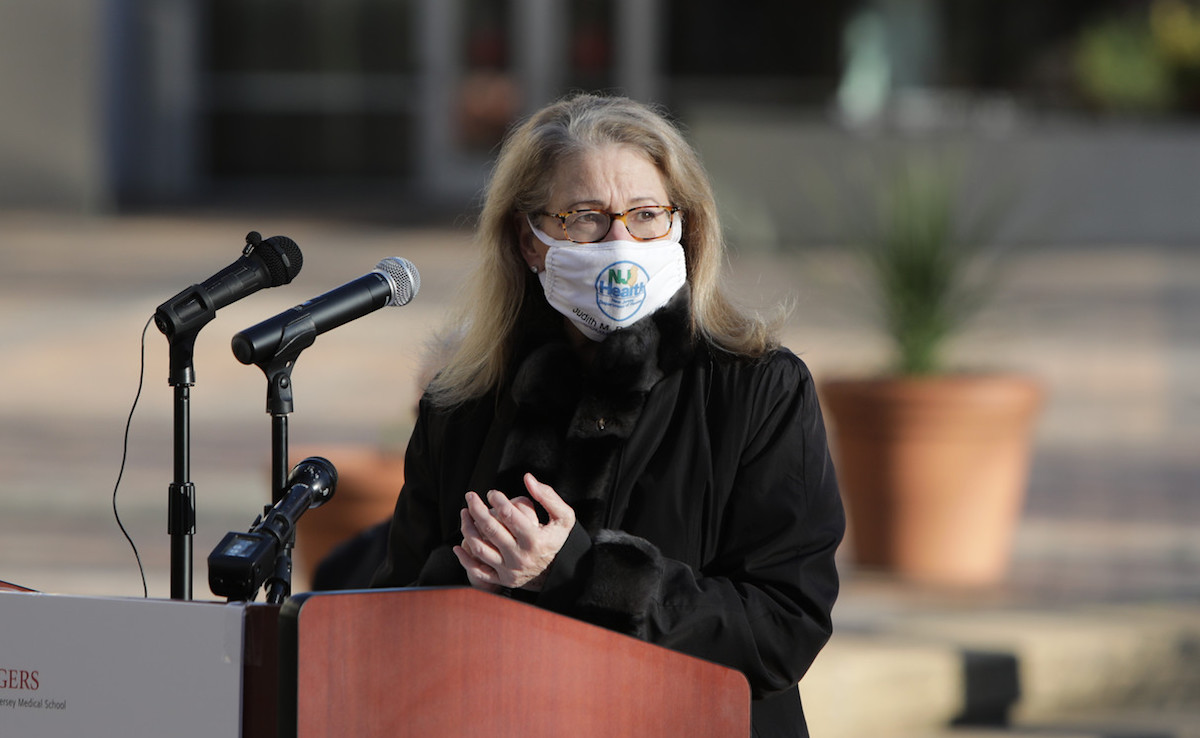 As the number of COVID-19 cases hit new daily highs three times over the last week, including nearly 7,000 in one day, state officials are gearing for the coming rise in hospitalizations.

“We are preparing for the predictive surge that may start as early as next week into the middle of February,” said New Jersey Department of Health (NJDOH) Commissioner Judith Persichilli at a press briefing Jan. 13.

At the end of 2020, the state modeled four scenarios, with the worst case scenario from the governor’s Office of Innovation appearing to be the one that will come to fruition. The office predicted highs for new cases would be on Feb. 1 at 9,932 and total hospitalizations on Feb. 5 being 8,689. Of those hospitalized, 1,632 would be an ICU patient and 1,037 on ventilators.

NJDOH peak of new cases in this scenario would have reached 12,595 on Jan. 14 and hospitalization a day earlier with 8,747 patients.

Now, Persichilli said “if our predictive modelling is accurate, we could see a moderate scenario for 4,500 and high scenario, over 6,000, that would be tough.”

Murphy said if the state were to hit 5,000 hospitalization in one day, that would “ring a lot of alarm bells. At that point we’re going to have pull some levers that we’re not pulling at the moment.”

The other concern state officials have is staffing levels. In the Spring 2020, the state was able to call in nurses and doctors from across the nation to help with staffing at hospitals. With the pandemic now raging across the country, that option is not available.

“We will have (personal protection equipment), we will have ventilators. What we will not have is the appropriate level of staffing that people are familiar with, conventional staffing,” said  Persichilli. “So we will be working with our hospitals if they need to progress to what we call contingency staffing, and hopefully never crisis staffing.”

Murphy said that the next month is a key moment in the state battle against the coronavirus.

“We’ve got to stay strong over the next number of weeks in particular,” said the governor. “I think this month into early February is make-or-break time based on our modelling and based on everything we know. So we need to keep strong.”

On Jan. 14,  the cumulative number of confirmed coronavirus cases in New Jersey reached 549,840 with 5,967 total new PCR cases reported. There were 1,435 probable cases, bringing the cumulative total of antigen tests to 59,881. The total number of individual cases for the state is 609,721. Gov. Murphy noted there is some unknown overlap due to health officials urging those taking a rapid test to get a PCR test.

As for those that have passed, the state reported 94 new deaths, bringing that total to 18,162. The state listed probable deaths at 2,091, bringing the overall total to 20,253. State officials noted 58 deaths occurred in the last 24 hours of reporting that have not yet been lab confirmed.

The daily rate of infections from those tested as of Jan. 9, was 13.5%; by region, the rate was 13.2% in the North, 14.4% in the Central region and 13.1% in the South. The state is no longer using serology tests as health officials explained those results show a past presence of the disease as well as a current one.

As for the rate of transmission, it remained unchanged from the day before at 1.10. Officials have continually cited transmission rate and positivity rate as health data they rely on to track how the coronavirus is being contained in New Jersey, guiding them in determining when restrictions have to be tightened or lifted.

Of those hospitalized, 644 are in intensive care units and 456 on ventilators. While 495 patients were discharged, 407 were admitted.

Another 1,350 cases are still under investigation to determine where the person resides.

In regards to cases related to in-school transmissions, a total of 111 outbreaks involving 564 cases have been reported in 20 of the 21 counties in the Garden State, with no outbreaks in the last week.

Health officials noted 428 long-term care facilities are currently reporting at least one case of COVID-19, accounting for a total of 13,989 of the cases, broken down between 6,712 residents and 7,277 staff.

The state’s official death total will now be reported as those that are lab confirmed, sits at 7,640 on Jan. 13. The facilities are reporting to the state 7,536 residents deaths and 127 staff deaths.