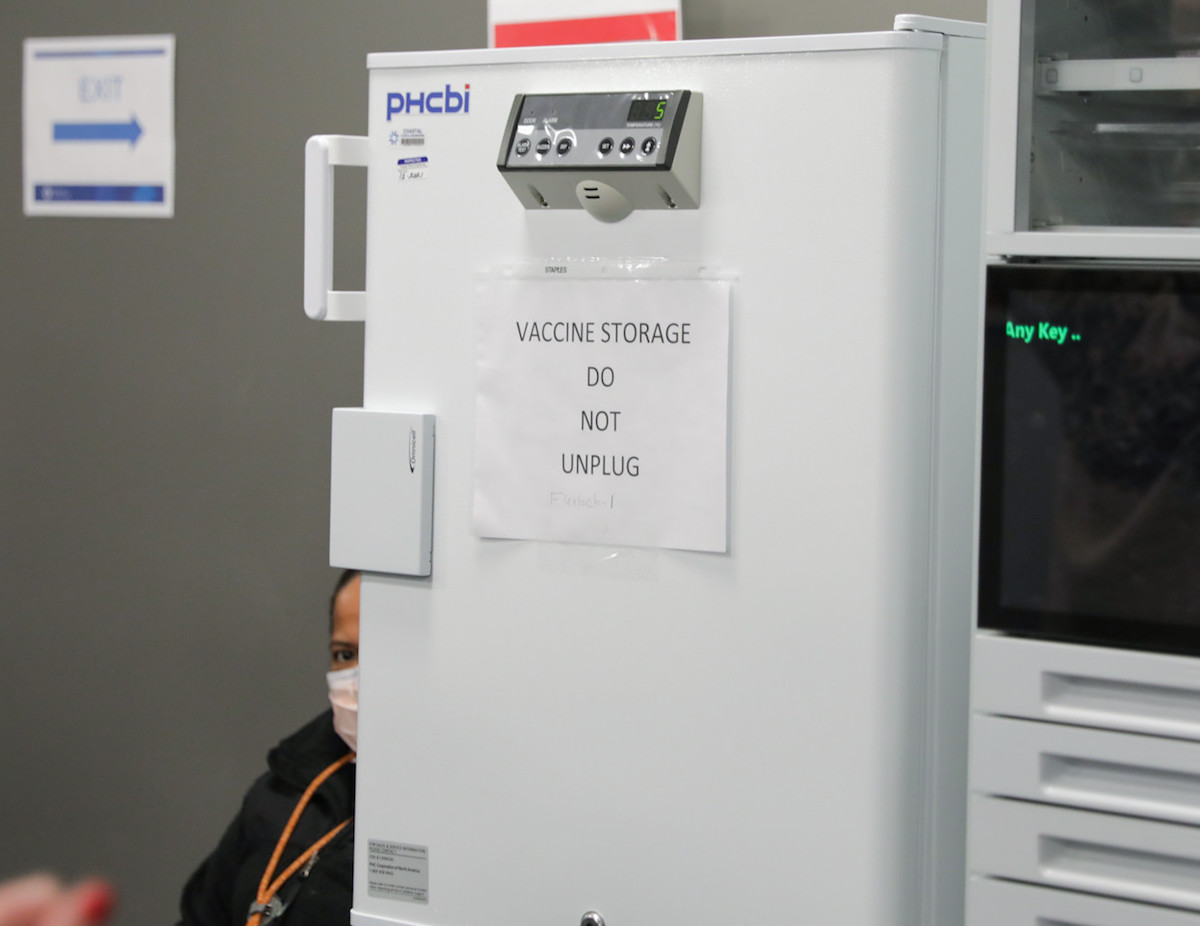 Gov. Phil Murphy defended the protocols prioritizing smokers in receiving the COVID-19 vaccine ahead of teachers and other essential workers.

GOP Assemblyman Brian Bergen recently questioned placing smokers in front of the 116,000 public school teachers from the newly announced list of those eligible for the COVID-19 vaccine.

“I am appalled that the Murphy administration would prioritize people who make the life choice to smoke cigarettes to receive the vaccine before our teachers and daycare employees on the front lines every day,” said Bergen (R-25)

Two additional categories of New Jersey residents became eligible Jan. 14 to receive the COVID-19 vaccination: residents aged 65 and older, and individuals ages 16-64 with certain medical conditions that increase the risk of severe illness from the virus.

The conditions for those in the 16-64 age range include cancer, chronic kidney disease, COPD, Down Syndrome, heart conditions, obesity and severe obesity, sickle cell disease, smoking, and type 2 diabetes. Individuals who are pregnant and those in an immunocompromised state (weakened immune system) from organ transplant are eligible but should follow CDC guidance and first discuss vaccination with their medical provider before receiving the vaccine.

In total, New Jersey Department of Health Commissioner Judy Persichilli estimated 4.5 million residents—1.5 million 65 and older; 2 million smokers and up to 1 million with other chronic health conditions—are now eligible to receive the vaccine.

Those newly eligible join healthcare workers and long-term healthcare residents in Phase 1A and law enforcement and fire professionals in Phase 1B in being eligible to be administered the vaccine.

But Bergen wondered why the Murphy administration and Assembly Democrats refuse to create policy that prioritizes personal responsibility and falls back on enabling people to make bad choices.

“What we should be doing is helping smokers quit the terrible habit. I know how hard it is to quit and how serious the health effects of smoking can be,” explained Bergen, a former smoker who quit 16 years ago. “With that said, it is a personal choice to smoke and people should not get ahead in line for a vaccine because they chose a lifestyle that puts them at a higher risk.”

But at his press briefing, Murphy pushed back on what he called a “false narrative” the state is vaccinating smokers while not vaccinating another group.

“Our first priority must be to vaccinate those at higher risk due to age or other health factors that put them at a greater vulnerability for severe COVID,” said Murphy on Jan. 15. “Smoking puts someone at a higher risk of a more severe case of COVID. In this, we are in agreement with CDC guidance.”

The governor clarified that new eligibility allows for the vaccination of educators as well as transit workers, grocery store workers, and other frontline workers.

“I understand the optics here and that attacking folks who took up the habit of smoking and who are now addicted may be politically expedient,” he stated. “We are stuck in a position where we have to prioritize our limited vaccine doses based on medical fact and not political want.”

Currently, the state is receiving a limited supply of vaccines from the federal government, approximately 100,000 doses coming in per week.

Murphy said officials only have one goal when it comes to administering: to save every life possible through facts and science.

“Let’s not fall down a rabbit hole of breaking people down in categories of job A versus job B and who is more politically favorable to vaccinate,” said the governor. “The correct comparison is: Are you more vulnerable to a severe case of this virus or are you not more vulnerable?”

He added, “What we need to end this divisive and unproductive debate is an increase in our vaccine supply. For that, we need a federal administration that will unleash the process to meet demand.”

On Jan. 15,  the cumulative number of confirmed coronavirus cases in New Jersey reached 555,299 with 5,490 total new PCR cases reported. There were 1,042 probable cases, bringing the cumulative total of antigen tests to 60,791. The total number of individual cases for the state is 616,090. Gov. Murphy noted there is some unknown overlap due to health officials urging those taking a rapid test to get a PCR test.

As for those that have passed, the state reported 66 new deaths, bringing that total to 18,321. The state listed probable deaths at 2,091, bringing the overall total to 20,418. State officials noted 65 deaths occurred in the last 24 hours of reporting that have not yet been lab confirmed.

The daily rate of infections from those tested as of Jan. 11, was 9.6%; by region, the rate was 9.3% in the North, 9.9% in the Central region and 10.1% in the South. The state is no longer using serology tests as health officials explained those results show a past presence of the disease as well as a current one.

As for the rate of transmission, it increased to 1.11 from 1.10 the day before. Officials have continually cited transmission rate and positivity rate as health data they rely on to track how the coronavirus is being contained in New Jersey, guiding them in determining when restrictions have to be tightened or lifted.

Of those hospitalized, 626 are in intensive care units and 438 on ventilators. While 452 patients were discharged, 427 were admitted.

Another 1,298 cases are still under investigation to determine where the person resides.

In regards to cases related to in-school transmissions, a total of 111 outbreaks involving 564 cases have been reported in 20 of the 21 counties in the Garden State, with no outbreaks in the last week.

Health officials noted 426 long-term care facilities are currently reporting at least one case of COVID-19, accounting for a total of 14,170 of the cases, broken down between 6,802 residents and 7,368 staff.

The state’s official death total will now be reported as those that are lab confirmed, sits at 7,644 on Jan. 15. The facilities are reporting to the state 7,551 residents deaths and 140 staff deaths.