by James Hickey
in County, Trenton
0 0
4 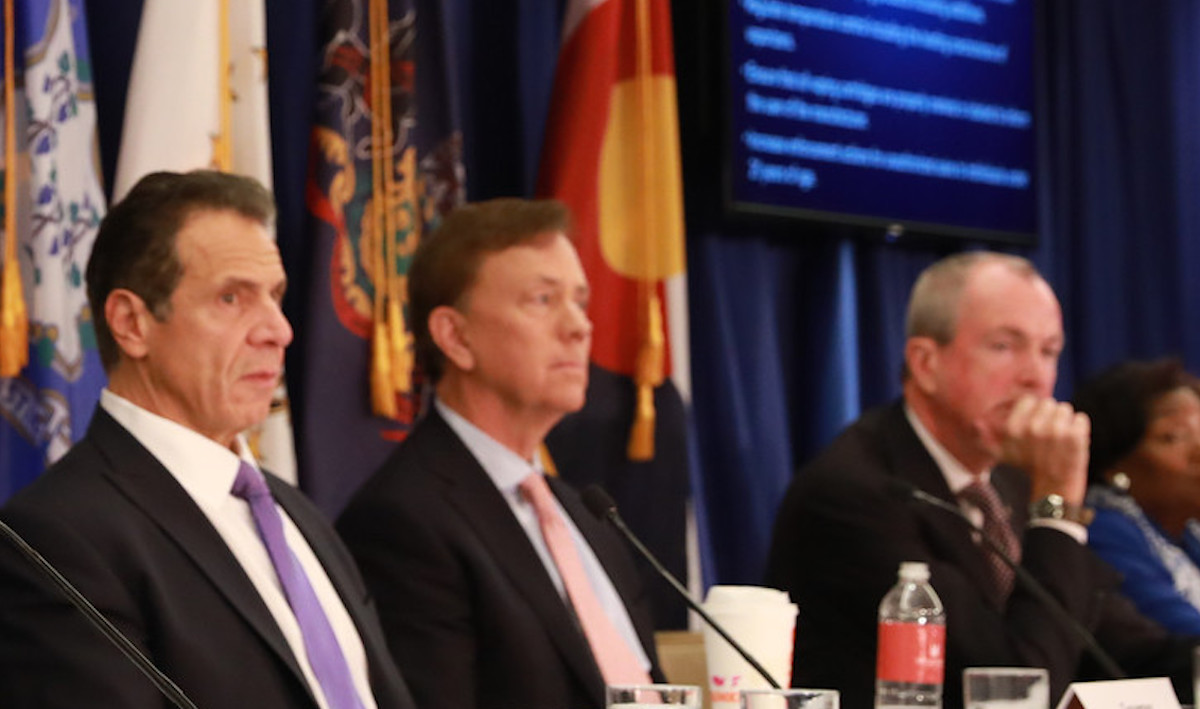 Republicans in the State Senate renewed their calls for an investigation to examine the actions of the Murphy Administration’s in the Spring to the coronavirus pandemic spurred on by recent revelations made about New York Gov. Andrew Cuomo’s actions at the beginning of the pandemic.

The fifteen members of the Senate Republican caucus reiterated the need for a bipartisan committee with subpoena power to investigate the decisions made during the early stages of the pandemic by New Jersey officials in a letter to Senate Majority Leaders Steve Sweeney (D-3).

“After months of delay and inaction, it is time for you to formally constitute the investigative body that was promised to help us understand how the executive branch’s response to COVID-19 has contributed to the massive loss of life in New Jersey’s long-term care (LTC) facilities, with the goal of saving lives in the future,” stated the letter from New Jersey Senate Republican to Sweeny.

The renewed call comes after New York Attorney General Letitia James recently issued a report raising concerns over directives issued by Gov. Cuomo in March 2020 that forced nursing homes to readmit COVID-positive patients, which led to mass outbreaks and thousands of deaths. The report alleged the Cuomo Administration was not being transparent with the public about the impact of those orders, estimating that the true nursing home death toll in New York could be 50% higher than what Cuomo’s officials had reported.

State Sen. Kristin Corrado (R-40) believes the success of New York investigators to force the Cuomo administration to be more transparent should serve as motivation for legislators to act in New Jersey.

“Gov. Murphy was joined at the hip to Gov. Cuomo early in the pandemic when he chose to mirror New York’s disastrous nursing home policies,” said Corrado in a press statement. “Based on the Murphy Administration’s continual efforts to fight the release of internal documents, we can only imagine what we would find if they were held to the same level of scrutiny as the Cuomo Administration in New York.”

Since May 2020, New Jersey Senate Republicans have repeatedly called for the formation of a bipartisan legislative investigative committee, looking to focus on the decisions to force nursing homes to accept infected patients and to reprimand State-run veterans home employees for using personal protective equipment that could have prevented the spread of the coronavirus and the loss of life.

Murphy has faced criticism from both sides of the aisle that his administration has not been transparent with the public, legislators, or the media, repeatedly blocking the release of requests for public records related to New Jersey’s COVID-19 response.

The governor and state officials have repeatedly argued residents returned to long-term care facilities after hosplizations was standard protocols because they were being returned to their place of residence, placing blame on operators at the facilities for not not doing enough to prevent the spread of the coronavirus at long-term care facilities. Additionally, hospitals were overrun with cases and had limited space to isolate patients.

Those arguments have failed to persuade Republicans in Trenton that a further investigation is unwarranted.

“The Cuomo Administration was forced to acknowledge that it was cooking the books on nursing home deaths in New York because someone took the time to investigate and connect the dots,” said Corrado. “New Jersey deserves a similar effort to hold the Murphy Administration accountable for its tragically flawed orders that led to nearly 8,000 deaths that we know about in our nursing homes and veterans homes.”

“Early in the pandemic, it was obvious New Jersey’s COVID policies were shadowing New York’s. The details of New York’s investigation is especially troubling since there has been no similar analysis of the horrific conditions in our nursing homes,” commented Pennacchio.

In May 2020, Pennacchio released copies of memorandums and letters from both New York and New Jersey indicating that nursing home policies in the Garden State were following the lead of its neighbor.

“It was like the blind leading the blind,” Pennacchio said. “We had a paper trail. Whatever the Cuomo administration did, New Jersey followed. As a result of this ill-fated game of follow-the-leader, thousands upon thousands of seniors died in both states.”

The New Jersey Department of Health COVID dashboard lists an overall total of 19,384 confirmed deaths and another 2,129 probable deaths as of Feb. 2. LTC’s account for 7,767 of those deaths, a figure Republicans believe could be much higher

“The Legislature must launch an oversight committee or we will never know what was really going on behind the locked doors of the nursing home death traps, and we’ll never know the full impact the virus had on these facilities,” continued Pennacchio. “New York finally got some answers, and now it’s our turn.”

Corrado added “A transparent, public investigation into New Jersey’s coronavirus response is clearly in the public’s best interest. It worked in New York, and it could work here too if Democrats stopped stonewalling to protect Gov. Murphy.”

At the same time, the 28 members of the state Assembly Republican caucus sent a letter to Speaker Craig Coughlin urging legislative hearings on the effects of the pandemic on residents and the state.

“The problems posed by the pandemic have at times been exacerbated by the unilateral actions of Governor Phil Murphy and the lack of sufficient action by the legislature,” the members wrote. “As representatives of the people, we need to hear their voices and act accordingly to address their concerns to the best of our ability to promote the general welfare of all New Jerseyans.”

The Republican lawmakers want hearings about the state’s slow vaccination rollout—particularly for the elderly in nursing homes and the patchwork of in-person and remote instruction at public schools. Additional topics the Assembly members are looking to investigate include the regular closures at state Motor Vehicle Commission offices, multiple aspects of providing education, hearings on the experience of small-business owners reeling from government shutdown orders and workers still unemployed during the pandemic.