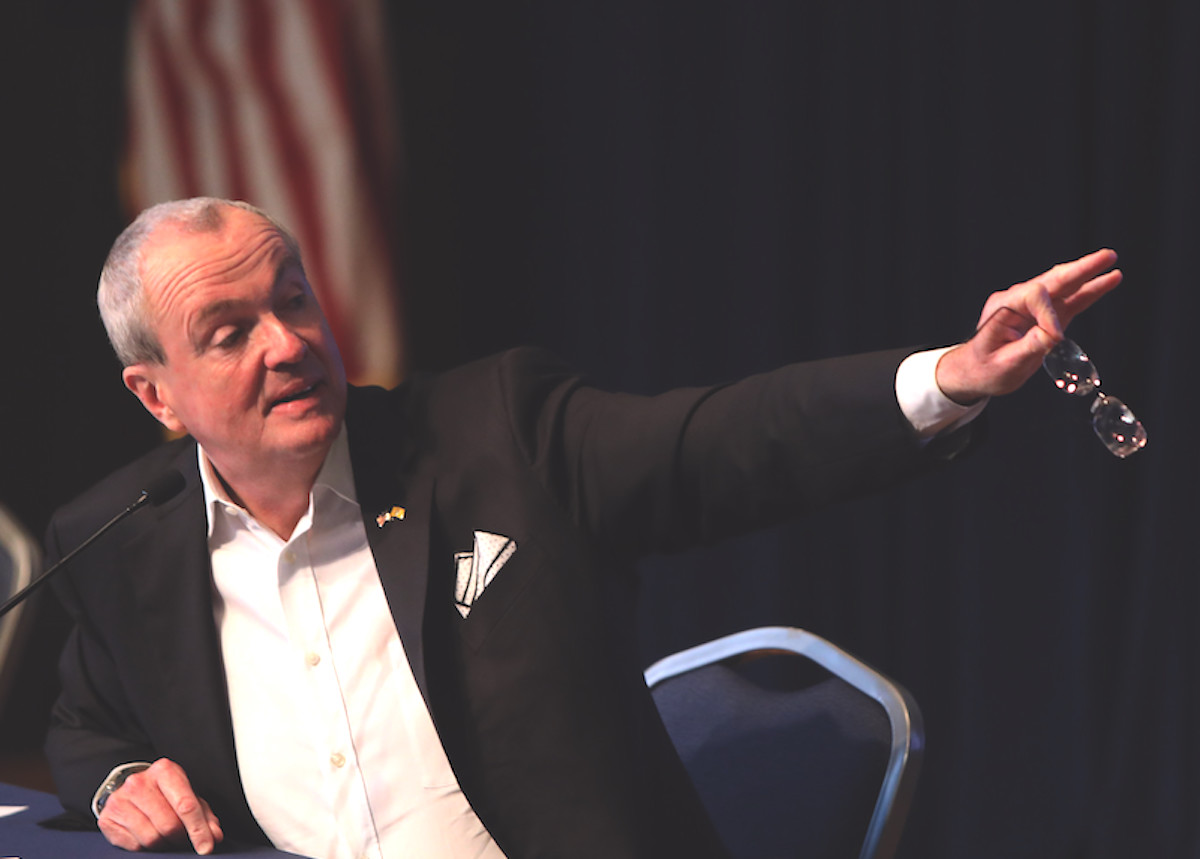 Gov. Phil Murphy expressed optimism that the recent actions of his administration to reopen the state will continue as coronavirus-related health metrics improve—including allowing in-person voting in April and May.

The governor announced the scheduled school and fire district elections on April 20 as well as the municipal nonpartisan elections scheduled for May 11 will be conducted in person. In 2020, the state’s Spring elections and delayed primary were all-mail while the November election was a combination with all residents receiving a mail-in ballot. All in-person polling places will continue to adhere to proper health and safety protocols including face coverings, social distancing, and frequent sanitation.

“We are able to take this step as our COVID numbers are headed—I emphasize headed—in the right direction and we are optimistic that these trends will continue, especially as more residents get vaccinated and the weather becomes warmer,” Murphy stated at a press briefing Feb. 8. “If these trends continue, and continuing these trends rests entirely with not just us, but all of us—it’s in our hands—we can again look to additional steps to further reopen our economy.”

“The number of new cases, both in terms of raw numbers and the rate of transmission, while still high, are far off the peaks we saw just several weeks ago,” he said. “The numbers in our hospitals, in our ICUs and on ventilators are all off their peaks. Importantly, we’re seeing a lot of days…where the numbers of folks leaving is either greater than the numbers coming in or about equal.”

In announcing the decision to open polling places, Murphy said he expects the June primary to be in-person as well.

“This is very different (from) the situation we confronted last Summer, when we had to make a decision on the November election, knowing that our models showed a huge surge of COVID cases in the Fall, which unfortunately, came to pass,” explained Murphy. “While we are not making a decision on the June primary elections at this point, we are optimistic that we’ll be able to conduct in-person voting in June as well.”

Another positive development the first-term Democratic governor highlighted is the continued trend of school’s incorporating more in-person instruction for students.

Of the 811 school districts in New Jersey, there are now 95 districts open for full in-person instruction, an increase by six in the last week and nearly 20 since Winter break ended. Another 21 districts began utilizing a hybrid model of learning in the last seven days that involves some students in their classroom at some point during the day; in all, 491 districts employ hybrid learning.

“The trend is going steadily in the direction of in-person instruction, at least in some form, which further supports our work toward making more educators eligible for vaccinations beyond those who are currently eligible either because of age or health conditions,” said Murphy.

And the governor noted that the move to increase indoor dining capacity to 35% is paying dividends for local restaurants.

“We’re already hearing from many restaurants, owners and managers about how this step is going to give them a boost for getting through the Winter,” he said. “I want to allow them to open even more. If the numbers continue to improve over time, we can responsibly do so.”

Murphy said with the good news of key health metrics related to the coronavirus headed in the right direction, the curve starting to come down again and over a million doses of the vaccine administered in the state, residents have better days to look forward to.

“Every day over the past several weeks, we have been stepping further and further away from that danger point,” said Murphy. “Ensuring the stability of our hospitals has far and away been the most pressing reason behind the steps we’ve taken, even more than the number of new cases. We simply could not allow our hospitals to get to a point where they were overloaded and unable to care for everyone.”

On Feb. 9, the cumulative number of confirmed coronavirus cases in New Jersey reached 650,263 with 3,164 total new PCR cases reported. There were 707 probable cases, bringing the cumulative total of antigen tests to 78,041. The total number of individual cases for the state is 728,304. Gov. Murphy noted there is some unknown overlap due to health officials urging those taking a rapid test to get a PCR test.

As for those that have passed, the state reported 92 new deaths, bringing that total to 19,916. The state listed probable deaths at 2,187, bringing the overall total to 22,103. State officials noted 33 deaths occurred in the last 24 hours of reporting that have not yet been lab confirmed.

The daily rate of infections from those tested as of Feb. 4, was 8.5%; by region, the rate was 8.4% in the North, 8.7% in the Central region and 8.3% in the South. The state is no longer using serology tests as health officials explained those results show a past presence of the disease as well as a current one.

As for the rate of transmission, it decreased to 0.83 from 0.85 the previous day. Officials have continually cited transmission rate and positivity rate as health data they rely on to track how the coronavirus is being contained in New Jersey, guiding them in determining when restrictions have to be tightened or lifted.

Of those hospitalized, 544 are in intensive care units and 360 on ventilators. A total of 166 patients were discharged.

Another 1,011 cases are still under investigation to determine where the person resides.

In regards to cases related to in-school transmissions, a total of 137 outbreaks involving 655 cases, with six new outbreaks accounting for 58 cases reported in the weekly update on Feb. 3, have been reported in all 21 counties in the Garden State.

Health officials noted 408 long-term care facilities are currently reporting at least one case of COVID-19, accounting for a total of 14,134 of the cases, broken down between 6,958 residents and 7,176 staff.

The state’s official death total will now be reported as those that are lab confirmed, sits at 7,826 on Feb. 9. The facilities are reporting to the state 7,742 residents deaths and 143 staff deaths.

Ahead of Impeachment Trial, Many Americans Don’t Believe Government System is Sound

Ahead of Impeachment Trial, Many Americans Don’t Believe Government System is Sound