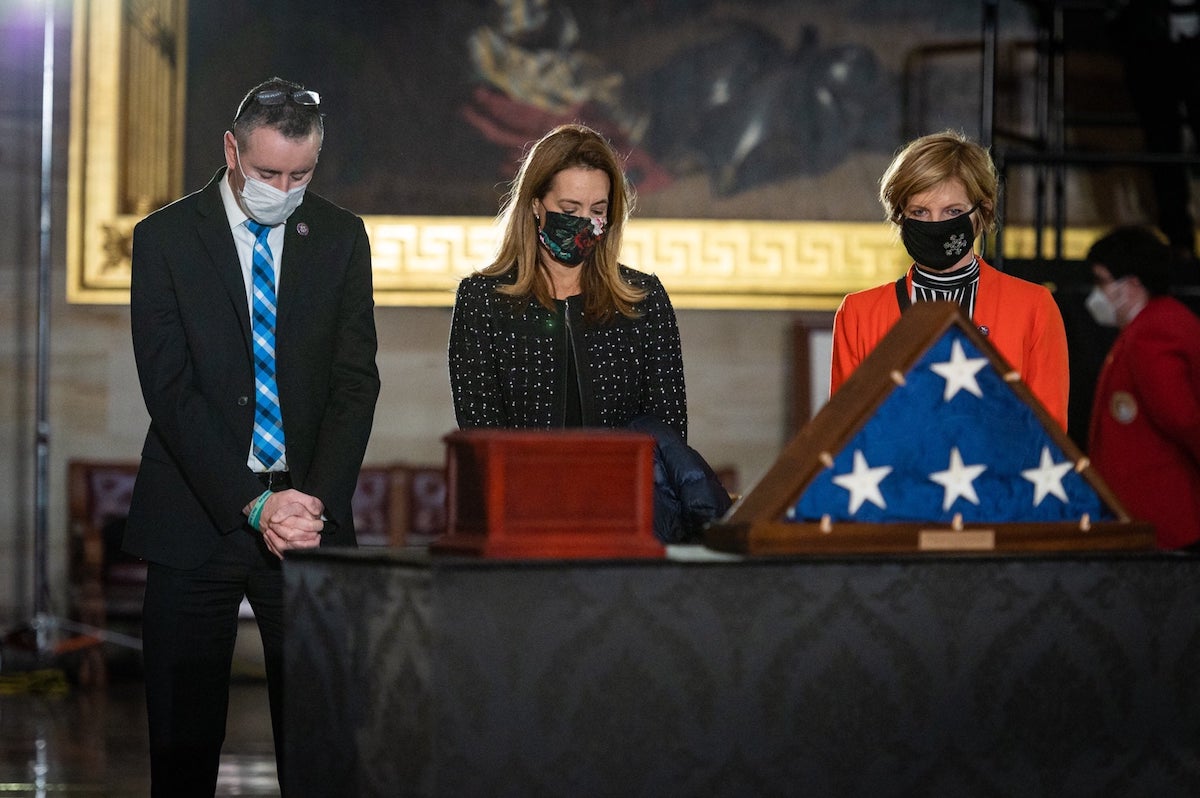 Sherrill, along with sponsors Reps. Jackie Speier (D-CA), Tom Reed (R-NY), and Andrew Garbarino (R-NY), want further investigation into both the Jan. 6 domestic terrorist attack on the U.S. Capitol by pro-former President Donald Trump supporters and the federal government’s failure to more broadly respond to the threat of domestic terrorism over the past two decades.

“On January 6, the world watched as violent extremists attacked the United States Capitol and attempted to stop the peaceful transfer of power,” said Sherrill in a press statement. “Congress must act swiftly to determine exactly how we got to January 6 and how we move forward as a country.”

The Commission on Domestic Terrorism Act of 2021 would create an independent, bipartisan commission modeled after the 9/11 Commission, which was headed by former New Jersey Gov. Tom Kean. Kean and his co-chair, retired Rep. Lee Hamilton (D-IN), recently released a statement calling for a commission styled on their investigation.

By broadening the investigation beyond the January 6 attack, the members of Congress believe the commission will be able to conduct a more robust investigation and provide better-informed recommendations to ensure the government is fully equipped to counter and prevent acts of domestic terrorism.

“This independent, bipartisan commission will investigate the root causes of domestic extremism, how deeply it has penetrated our institutions, and how we can hold those who commit acts of violence accountable while also healing our country,” stated Sherrill. “Around the country, we have seen a dramatic increase in extremism, acts of hate-fueled violence, and domestic terrorism.”

Rep. Speier, chair of the House Armed Services Military Personnel Subcommittee and member of the House Intelligence Committee, noted the planning and fomenting of the mob that overran the U.S. Capitol was no secret or surprise and resulted in the deaths of seven people, including New Jersey native Officer Brian Sicknick, and injuries to at least another 140 police officers.

“People openly seeking to overthrow our democracy were broadcasting their threats publicly for weeks in advance. Yet our defenses on that day were practically nonexistent in the face of such a grave threat,” said Spiers. “It’s clear that this incident did not occur in a vacuum.”

Rep. Reed, co-chair of the Problem Solvers Caucus with Rep. Josh Gottheimer, said the Commission on Domestic Terrorism Act of 2021 would provide the House of Representatives with a structure to fully investigate these incidents and produce the information needed to better protect the American people

“Acts of domestic terrorism, such as the assault of the Capitol or attacks against our communities by Antifa and other violent, anti-American extremists, hurt our nation,” stated Reed. “If we truly care about the safety of our communities and the integrity of our democracy, we must act to stop extremism and prevent such attacks from occurring again.”

After the attack, Sherrill accused sitting members of Congress helped those planning to attack the U.S. Capitol.

”I intend to see that those members of Congress who had groups coming through the Capitol that I saw on Jan. 5 for reconnaissance for the next day, that incited this violent crowd, the members of Congress that attempted to help our President undermine our democracy, I am going to see that they are held accountable and if necessary, ensure that they do not serve in Congress,” stated Sherrill on Jan. 12.

The congresswoman added that “We need to make sure that all of those people who are complicit with President (Donald Trump), who aided and embattled him in his drive to overturn the election results…that they are held accountable. This line has been drawn, and I am going to do everything in my power to see that democracy prevails.”