by James Hickey
in County, Trenton
0 0
6 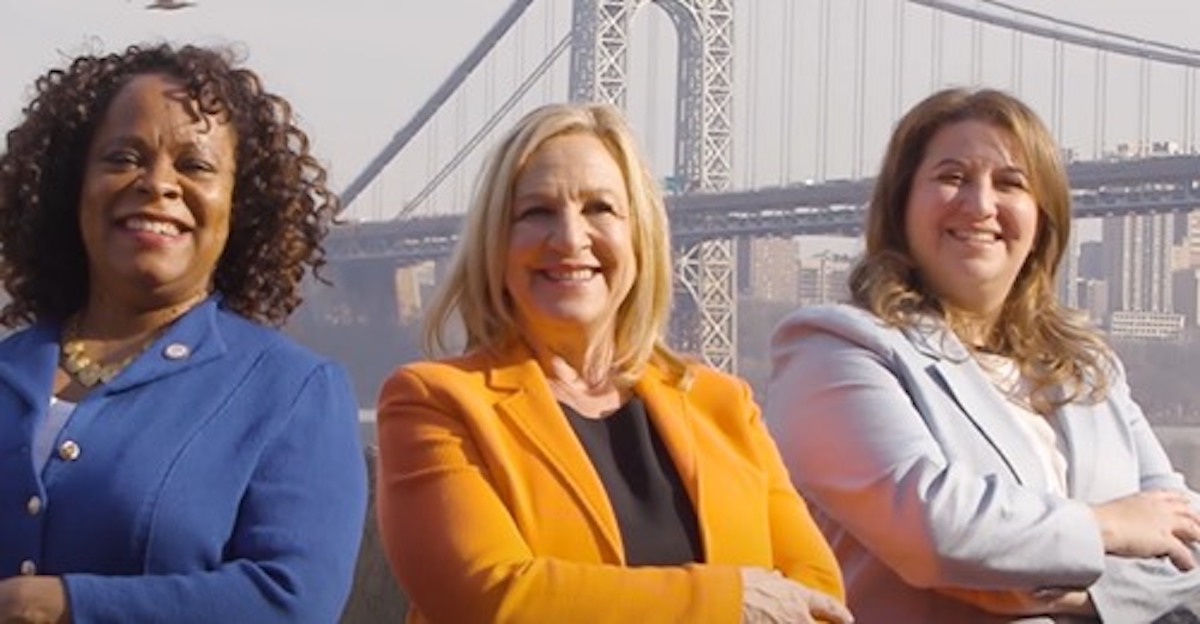 Assemblywoman Valerie Vainieri Huttle was prepared for the question of running as an outsider after holding public office over three different decades.

“If I walked away every time a man told me to back off, I would never have been elected in the first place,” said Vainieri Huttle in an exclusive interview with North-JerseyNews.com. “In 2005, the party bosses told me to stay in my Freeholder seat and not run for Assembly. In 2007, I was campaigning against the party line to fight back against entrenched party bosses. In 2021, I am doing it again.”

Being the best prepared after doing the hard work since being elected to the Assembly is the message Vainieri Huttle is looking to drive home as she attempts to become the Democratic nominee for State Senate in the 37th Legislative District. Doing it again means having to run off the Bergen County Democrat line in a bid to defeat fellow Assembly member Gordon Johnson to replace the retiring Loretta Weinberg, who along with Gov. Phil Murphy is backing Johnson.

The Assemblywoman is positioning herself as the true heir to the progressive flag in Bergen County that Weinberg has carried during her tenure in Trenton.

“Loretta Weinberg has been an icon, a progressive leader. I believe District 37 should continue the legacy of those progressive values and leadership,” said Vainieri Huttle. “I am not running to just fill a seat—I am running to continue doing what I have always done, which is make long lasting and progressive change.”

The Englewood resident’s campaign is focused on grassroot support backed by organizations that have historically backed the candidate running on the county line—such as the powerful Communication Workers of America union, Healthcare Professionals and Allied Employees, BlueWaveNJ, New Jersey Working Families and Garden State Equality.

“The people that are supporting me, the progressive groups, which have always supported Loretta Weinberg, I am proud to carry that mantle,” said Vainieri Huttle. “Garden State Equality knows I was on the front line fighting for equality when it wasn’t even fashionable.”

It is her legislative body of work that Vainieri Huttle believes sets her apart from Johnson, citing cites legislation she was the primary sponsor signed into law while serving in the Assembly on committees overseeing seniors, human services, homeland security and transportation.

“It’s about proven leadership and results. I have gotten landmark laws signed by three different governors, including Chris Christie. My resume shows that it is just not words, its proven results,” stated the Assemblywoman.

Among the landmark accomplishments she cites are laws to protect individuals with disabilities, legislation empowering sexual assault and domestic right survivors, on issues of equality for those in the LGBTQ community, reforms brought on by the pandemic at long-term care centers to protect seniors, and providing resources to religious institutions to secure houses of worship.

“Many have said that our records are indistinguishable—quite frankly, I am not just there to press a yea or nay button,” said Vainieri Huttle. “(Johnson) wants to say his record is the same as mine and he might want to vote on all of my bills, but he is certainly not a prime sponsor of any of these bills.”

The Assemblywoman continued “I am just not jumping on or signing on to bills…looking at our records, I have been in the trenches, including standing on picket lines with workers to protect their workplace conditions or fighting for a fair living wage.”

To illustrate the difference, Vainieri Huttle brought up the subject of gun control. She highlighted the endorsement of Moms Demand Action for the sponsorship of common sense gun control legislation compared with recent comments attributed to Johnson.

“There was a quick blurb of my opponent while talking to an 2nd Amendment rights group where he said, ‘Well I am not as liberal as Sen. Weinberg’,” said Vainieri Huttle. “I have gone head to head with the NRA, sponsoring legislation including on purchases and believe that we need to track gun sales and users.”

“It didn’t just happen overnight. I am getting these endorsements because of what I have done the last 15 years.”

The 15 year record Vainieri Huttle cites is driven by her wanting to give voice to the voiceless, advocating for the most marginalized in society.

“It’s about listening to people and hearing their concerns, using the government to get things done,” stated the Assemblywoman. “It’s about delivering that progressive change for Bergen County that I have always done, protecting that taxpayers, the seniors and the underserved communities.”

Of particular focus has been mental health and addiction, results Vainieri Huttle has seen first hand working in the private sector.

“As a funeral  director, I have seen the fatal effect of drug overdoses, of suicide, of domestic violence,” she stated. “I went to Trenton to help people with these situations, culminating in the law that requires health insurers to cover mental health services at the same rate as physical healthcare.”

“I believe that this is what sets us apart…its fighting for my community and representing the people.”

But getting supporters to the poll will be an issue as an off-year primary during an ongoing pandemic presents a whole host of challenges. Vainieri Huttle looks forward, along with her running mates Teaneck Councilwoman Gervonn Romney Rice and Tenafly Councilwoman Lauren Kohn Dayton, in doing some retail campaigning but will lean on grassroots advocates working through Zoom and online to spread the word about her campaign.

“The ticket breaks some glass-it’s a step in the direction to shattering that glass ceiling as we have three effective candidates that happen to be women. Each has a base of accomplishment in their communities,” stated Vainieri Huttle.

The Bergen County lawmaker believes her team is not only running a campaign against the ticket headed by Johnson but of the political bosses she has gone up against throughout her career.

“After I made my intentions known that I was going to run for the State Senate, it was clear that there were deals made and that the deck was stacked…that is not democracy,” she stated. “I believe that the voters of District 37 deserve a fair and transparent process. By bringing my platform and cause directly to the voters, they should decide.”

She noted the loyalty of her running mates after they disclosed they were approached numerous times by party leaders to run on the county line after Teaneck Democratic Municipal Chair Alexandra Soriano-Taveras and Palisades Park Mayor Christopher Chung dropped out of the race, eventually replaced by former Tenafly Councilwoman Shama Haider and former Englewood Cliffs Councilwoman Ellen Park.

“I am so proud to be running with women who had the integrity and the values to say no,” said Vainieri Huttle. “It took a lot of guts and confidence to run with me. We are a real team based on qualifications and policy.”

Right Person to Fill the Seat

The Assemblywoman is trumpeting what she sees as an earned reputation as an independent thinker and a true Democrat to win the nomination.

“I think people are tired of yes people and candidates that are controlled by a select few leaders,” she said. “People want representation…That is how we win this, by being the voice of the people that we represent.”

Vainieri Huttle concluded, “It’s very hard to fulfill (State Sen. Weinberg’s) legacy but having been there in the trenches, and with the same policies and initiative, I know I am the right person to fill that seat.”