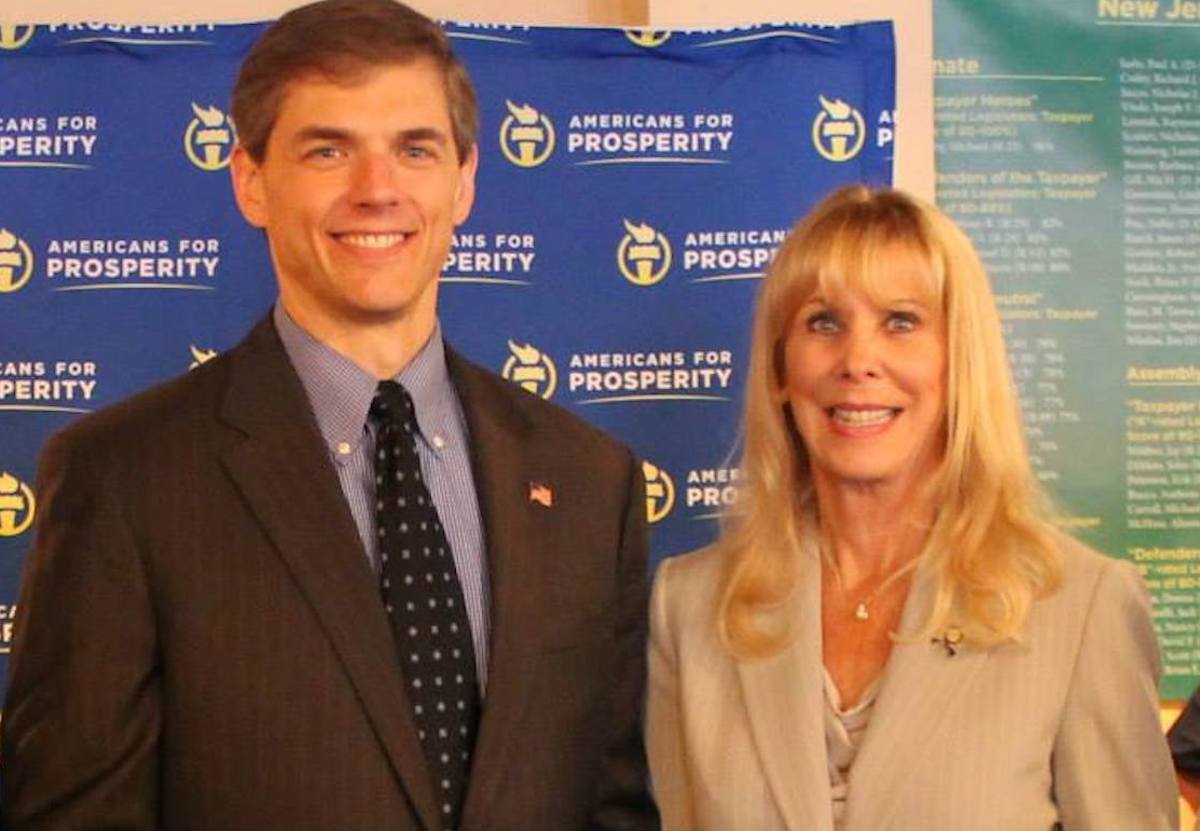 For incumbents in the New Jersey State Legislature, capturing the coveted county party line to run in the primary is usually a smooth process. But 2021 is proving to be unlike any other year for members of both sides of the aisle.

Races in several legislative districts, including those in the 26, 31, 37 and 39, will have incumbents on the primary ballot looking to return to Trenton running against the pick of the party.

One of the most intriguing races is over who will be the GOP nominee in the 26th district, an area comprised of towns from three counties—Essex, Morris and Passaic—and where incumbent Assembly members BettyLou DeCroce and Jay Webber are being challenged separately by former Pompton Lakes Councilman Christian Barranco and Morris County Commissioner Thomas Mastrangelo.

GOP Fight in the 26th

The first surprising move was DeCroce losing the support of her home county Republican organization in Morris, which has the the majority of voters in the district,.

Barranco, a member of the International Brotherhood of Electrical Workers (IBEW) Local 102, defeated DeCroce by seven votes, 87-78, at the first-ever Morris County Republican convention. Webber, seeking his eighth term in the legislature, was the top vote-getter with 117 votes.

The next day, Passaic County Republicans denied Weber his spot on the county line. The West Milford GOP, the only Passaic municipality in the 26th, gave 20 votes to DeCroce, 14 to Barranco and 6 to Webber.

Finally, Essex County Republicans voted for DeCroce to be on the ballot but left open the second slot, forcing both Weber and Barranco to run off the party line. Mastrangelo entered the race surprisingly after the county’s organizations held their votes.

But on April 7, Barranco gave up his spot on the organization line in Passaic County in order to team up with Webber. Barranco and Webber will team bracket in Essex County as well.

State Sen. Joe Pennacchio will be on the county line for the 26th District that is made up of Butler, Fairfield, Jefferson, Kinnelon, Lincoln Park, Montville, Morris Plains, North Caldwell, Parsippany-Troy Hills, Rockaway Township, Verona, West Caldwell and West Milford.

In the 31st, the backing of Bayonne’s mayor shifted the dynamic in the Assembly race for Democrats.

Assemblyman Nicholas Chiaravalloti is being forced to run off the Hudson County line after Mayor Jim Davis switched allegiances from the incumbent to William B. Sampson IV, a 32-year-old crane operator and Longshoremen’s union official.

Despite losing the backing of Davis, even after reported lobbying from Gov. Phil Murphy, Chiaravalloti decided to move forward in his attempt to win the seat he currently occupies in the district that represents part of Jersey City and Bayonne, one of the most heavily Democratic in the state.

Further south, a hometown dispute in Holmdel resulted in the GOP supporting Holmdel Board of Education President Vicky Flynn instead of Assemblywoman Serena DiMaso in the 13th Legislative district.

The move to Flynn came after Monmouth County GOP Chairman Shaun Golden accused the incumbent of unethical behavior and missing key votes while on vacation. Flynn defeated DiMaso, 145 to 87 to replace her on the organization line.

The two-term Assemblywoman is moving forward with her challenge to Flynn and incumbent Gerald Scharfenberger (R-Middletown) in the June Republican primary.  Scharfenberger, who is running for his second term, received 213 votes.

While a different set of circumstances, the Dems in the 37th district have an incumbent running off line as well. Assemblyman Gordon Johnson won the backing of the Bergen County Democratic Committee to replace retiring State Sen. Loretta Weinberg.

Right next door in the 39th District, the occupant for the State Senate has seen its own set of twist and turns that began with an incumbent being challenged by a sitting Assemblywoman. In January, then Assemblywoman Holly Schepisi announced that she would challenge State Sen. Gerald Cardinale for his seat. After Cardinale passed away unexpectedly on Feb 20, Assemblyman Robert Auth announced that he would run for the seat with the Cardinale’s family backing.

After a chaotic few weeks, Schepisi was selected by Bergen County Republicans to fill out the rest of the term, and will run on a ticket with Auth and Upper Saddle River Councilwoman DeAnne DeFuccio. Auth and DeFuccio are being challenged in the primary by the team of Saddle River Councilman John Azzariti and former Saddle River GOP municipal chair and county committeeman Jon Kurpis.

In June, the county line will be topped by Murphy for Democrats and former Assemblyman Jack Ciattarelli for Republicans in the counties that use a county line ballot design.

In a recent report, New Jersey Policy Perspective (NJPP) noted that while other states organize primary ballots around the electoral position being sought, 19 of the Garden State’s 21 counties have ballots organized by groups of candidates backed by either the Democratic or Republican parties.

The way the ballot is designed gives the party’s choice an undeniable advantage come Election Day since the county line generally receives prime location in one of the first columns or rows, the report noted.

Candidates not on the county line are placed in other columns or rows, sometimes far away from the county line candidates. NJPP in its report argued that designing primary ballots in this way violates important rules of good ballot design and has gone to court to challenge ballot design in the state.

Earlier this year, NJPP filed a lawsuit with the League of Women Voters and New Jersey Working Family Alliance seeking to get rid of New Jersey’s current ballot setup.

To back their claims, the lawsuit cites a recent Communications Workers of America analysis that found no state legislative incumbent on the line had lost a primary election in New Jersey between 2009 and 2018. In nine out of the ten contests, candidates performed better when they were included on the county line, the study said.

Of interest to the GOP Assembly race in the 26th, the most substantial difference in performance was in the four contests in which different candidates were on the county line in different counties in the same congressional district.