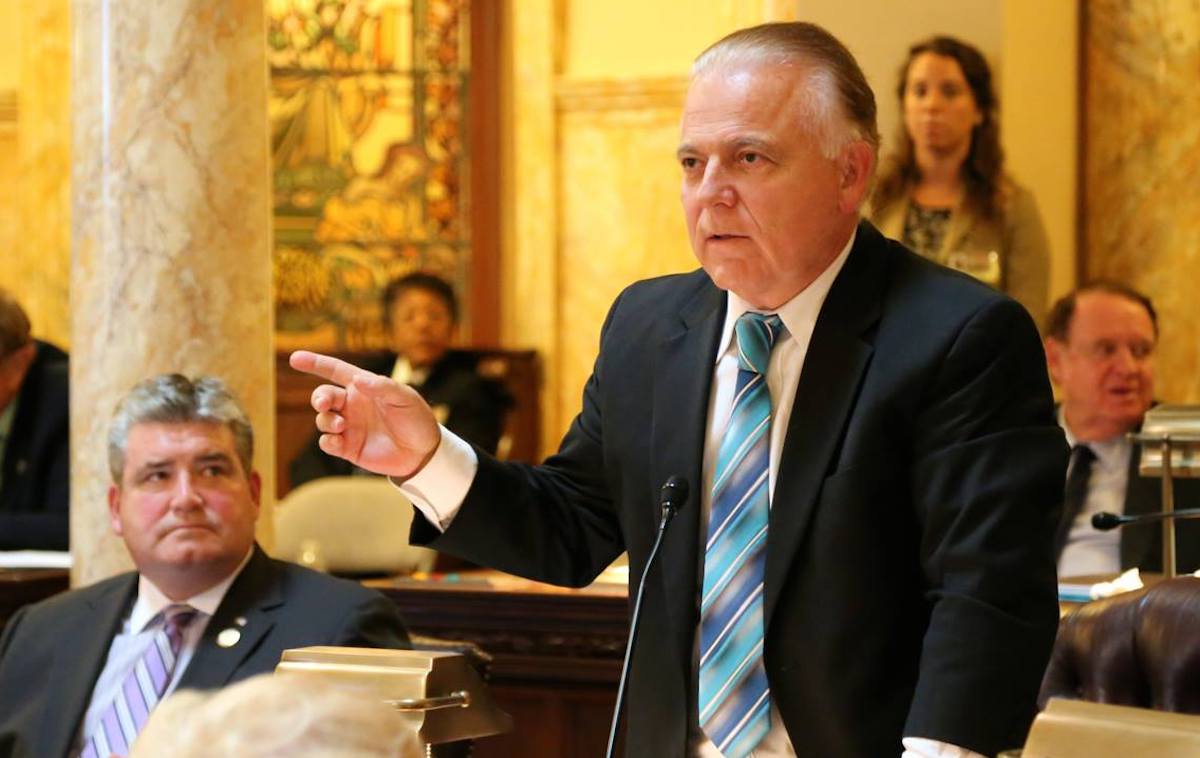 State Senate Republicans are continuing their push for increased scrutiny of the Murphy Administration’s management of long-term care facilities during the coronavirus pandemic.

Their efforts fell short on March 25 when Democrats thwarted another GOP effort to convene a special Senate committee to investigate Gov. Phil Murphy’s management of coronavirus cases in veterans’ and nursing homes.

Senate Democrats blocked a motion to advance a resolution by State Sen. Joe Pennacchio (R-26) that would have created the special Senate panel. Pennacchio’s press release said this was his fourth failed attempt. Earlier motions on May 14, July 30, and Aug. 27, 2020, met the same fate.

The special committee outlined in the resolution would have subpoena powers “to evaluate how State policies and mandates contributed to the atrocities inside long-term care facilities and the deaths of 10,000 senior citizens,” said Pennacchio in a press statement. Republicans were unanimous in supporting the measure, but State Sen. Loretta Weinberg’s (D-37) motion to table it succeeded, 21-12.

Pennacchio’s called Democrats to task for “continuing their tacit partisan support of an administration that forced senior homes to accept COVID-positive patients and threatened to discipline healthcare workers for wearing masks early in the pandemic.”

Pennacchio said Republican lawmakers are not going to drop the issue anytime soon.

“It defies logic that my Democrat colleagues continue to circle the wagons around this Governor,” he said. “The unnecessary loss of life inside facilities that are intended to protect vulnerable seniors demands an explanation, and the questions surrounding the State’s handling of the pandemic are not going away.”

Republican criticism of Murphy who is up for reelection in November comes as neighboring New York Gov. Andrew Cuomo is imperiled both for similar concerns over his handling of nursing homes during the pandemic and separate sexual harassment charges.

New Jersey was one of just five states that forced senior facilities to accept COVID patients and the Murphy administration forbid nursing homes from testing new residents for COVID, according to Pennacchio.

“There is no question this contributed significantly to the loss of life. The nonsensical mandate was a death sentence for innocent senior facility residents,” he said.

State Republican lawmakers have held three hearings looking into the Murphy administration’s handling of the pandemic. At the first hearing, on March 5, they scrutinized long-term care facilities with a particular emphasis on the Murphy administration’s decision to have residents return to their homes after being diagnosed with the coronavirus. The lawmakers heard from family members who lost loved ones, infectious disease experts and others. Pennacchio said Murphy’s administration did not respond to invitations to appear.

After the hearing, Pennacchio said questions remained unanswered. “We will not rest until the families of nursing home victims get the answers they deserve from the Trenton bureaucrats responsible for the decisions and edicts that led to the loss of life.”

The handling of the economy was the subject of a second Republican hearing on March 19. Business owners criticized the pace at which New Jersey is re-opening the economy and gave Murphy failing grades for not supplying clear metrics to determine operating restrictions and guide re-openings. Industry leaders said their members were willing to do the work to reopen safely but their pleas were being ignored.

A third Republican hearing on March 26 focused on frustrations around the slow processing of unemployment claims by New Jersey’s Department of Labor and Workforce Development. State residents described busy signals, website errors, and unwelcoming agents when they finally got through to a live person to discuss their claims. No representative from the department or the Murphy administration appeared at the hearing.

Murphy defended his handling of COVID in long-term care facilities during a March 7 appearance on CBS’s Face the Nation.

“Our health department, our commissioner was explicit, black and white, if you readmit a previously COVID positive resident, they need to be segregated. They need to be separated into either their own floor, their own wing, their own building and staff as well,” he said, referring to March 2020 directives from his administration to long-term care facilities.

The governor added that his administration told long-term care facilities, “if you can’t separate” COVID-infected residents from other residents, “come to us and we will find another alternative.”

Murphy said his administration began reporting probable COVID deaths as early as June 2020 and hired an independent firm to scrutinize its practices.