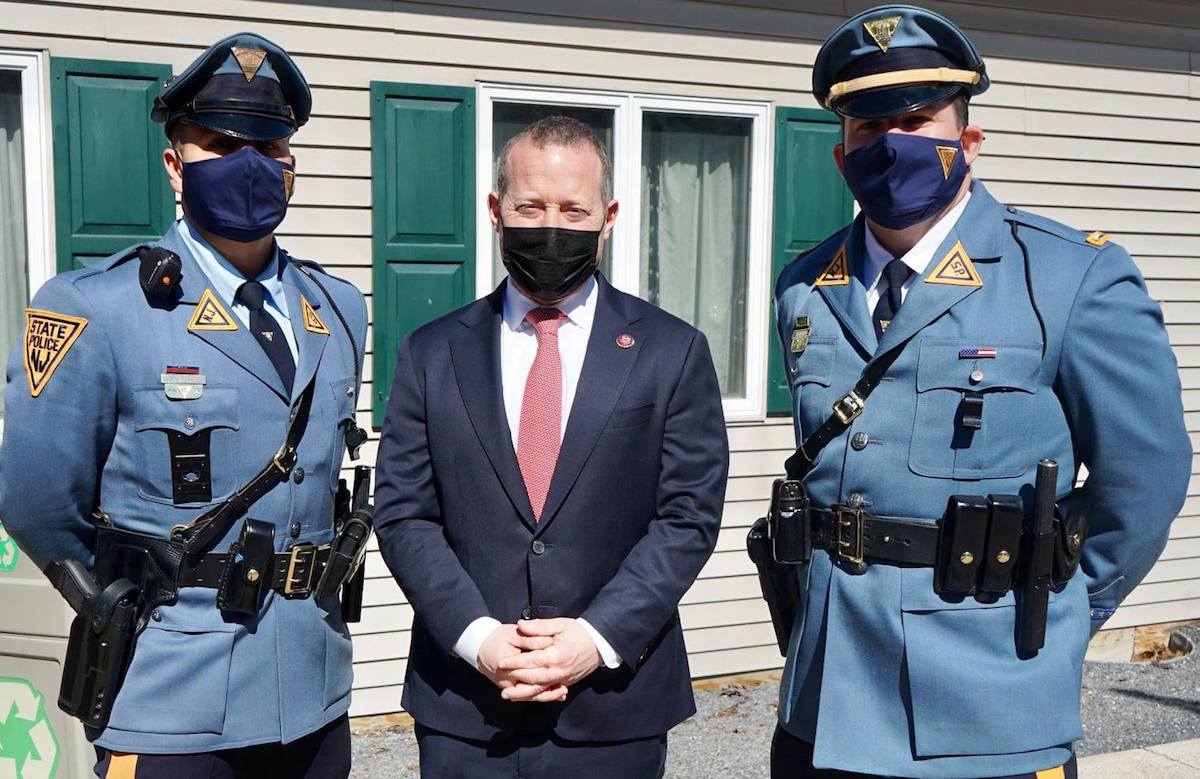 The desire to reduce the tax burden for residents of the 5th Congressional District continues to top the agenda for Rep. Josh Gottheimer, even if it means voting against key elements of President Joe Biden’s agenda.

“I support the American Jobs Plan with a big line in the sand (that it must reinstate) the state and local tax (SALT) deduction,” stated Gottheimer in an exclusive interview with North-JerseyNews.com. “You are talking about hitting people with higher tax rates here without addressing SALT, that is unconscionable…they whacked us in 2017 and we will get whacked again.”

The provision Gottheimer is against is the proposal to pay for the needed infrastructure projects proposed in the American Jobs Plan by raising corporate tax rates to 28% while not reinstalling the SALT deduction that raised the average taxes on all four counties in the congressman’s district.

No SALT, No Dice

Getting SALT reinstated has been at the top of Gottheimer’s agenda since the GOP Congress four years ago passed the tax bill that eliminated the century old deduction, raising the average tax bill of Bergen County residents by $14,000. Since 2017 when the tax bill was passed that limited the deduction to $10,000, the state has become the number one out migration state “bleeding out people and jobs because it’s too expensive” to live in North Jersey, according to the congressman.

“SALT is not just a middle class or well-to class problem; you add up all these pieces and it is having a real impact and destructive to our economy,” he stated. “If you think about it from the perspective when you lose people who are significant contributors to the tax base to the state, if we keep having our higher net worth families leaving, a lot of programs offered to harder pressed families are paid for by that tax base. So if you keep losing people, it hurts people that we can help.”

The North Jersey congressman reiterated he does support in principle the President’s $2 trillion physical infrastructure that is desperately needed, especially in the Garden State where a third of the bridges are unsafe and a mass transit system owning the worst on-time record in the country.

“These are not great stats to have people move and businesses move here,” he said. “You can’t hope and pray that bridges, roads and tunnels will get better not to mention rural broadband and water systems which are very dated and have lead water issues. These are all issues that you have to deal with.”

Gottheimer said there are plenty of pay fors to replace SALT, specifically advocating legislation to close the tax gap of the $1.4 billion dollars of missed revenue due to people not paying what they owe in taxes.

“There are other solutions here—I am encouraging the Biden Administration to look at everything,” said Gottheimer. “Infrastructure overall helps the economy, raises GDP and pays for itself.”

Gottheimer noted China spends $3 billion a year on infrastructure outside of its country while “we are fighting for a decade to approve anything to fix our infrastructure. We have a five alarm fire and we are bringing a bucket of water to put it out. It has to be addressed.”

Its an issue that he recently highlighted in a press conference under a Route 4 bridge “that was built under Roosevelt that you can literally see the rebars. It is frankly unbelievable for an economy like ours, the taxes we pay, we have a bridge like that,” stated Gottheimer.

An issue included in the American Jobs Plan that the North Jersey Congressman has pushed for is the expansion of broadband. In his district alone, 30% of towns have no connectivity or are using dial up. The crisis is exemplified by the Newton school district being the last town in New Jersey where the state initiative to eliminate the digital divide was accomplished.

“It is hard for people to understand, but there is no connectivity in areas of Sussex, Passaic and Warren counties,” said “How do you run an economy, how do you attract families, how do kids learn online if they can not connect…kids were picking up packets of paper because they have no broadband.”

Federal monies for broadband is “one of these items that I have fought very hard” in the relief bill passed in December, the American Rescue Act and now the American Jobs Act, according to Gottheimer. In total, every county and town in the congressional will receive part of the $200 billion to improve their broadband for people and places that are unserved.

“They have no internet, they have no cell service, you can’t do telemedicine, you are living in a bygone era,” he said. “Just like we approached the telephone in the 1930’s and said for securing an economy proposed everyone needs to be connected, that is the same approach with broadband…you have to be connected. It’s about building places that have none in unserved communities.”

Gottheimer believes the December deal—in which was a leader in bipartisan and bicameral negotiations with members of the Senate including Mitt Romney (R-UT) and Joe Manchin (D-WV)—would not have been possible without the Problem Solvers Caucus that he co-chairs. He revealed that a working group of Senators and House members continue to talk, meeting every other week when federal lawmakers are in session.

“I look at (the December deal is) an accomplishment that will be hard to match in my time in Congress, but I hope I can,” he stated. “Transportation, immigration, healthcare…there are places that we have talked about that there is a lot of work we can do together

He added, “People should not underestimate it is incredibly difficult because of the filibuster (to pass legislation). Reconciliation is a limited approach. I am a believer in bipartisan governing… given the 50 seat majority, we still have to work together.”

The willingness for Republicans and Democrats to work together suffered a major setback in Gottheimer’s opinion after insurrections attacked the U.S. Capitol Jan. 6, leading to tighter security precautions including members of Congress having to pass through magnetometers to ensure weapons are not being brought onto the floor of the House.

“I think we were all hoping in the new year we would have a greater push towards unity and temperature would come down, but Jan. 6  produced more division in the country,” he stated. “I was in the gallery, gas mask on…that has an impact on you and has led to more tension in the chamber. To have to pass through mags before going onto the House floor, fencing around the Capitol, that all leads to greater tension and division. But I am hoping we are moving past that now.”