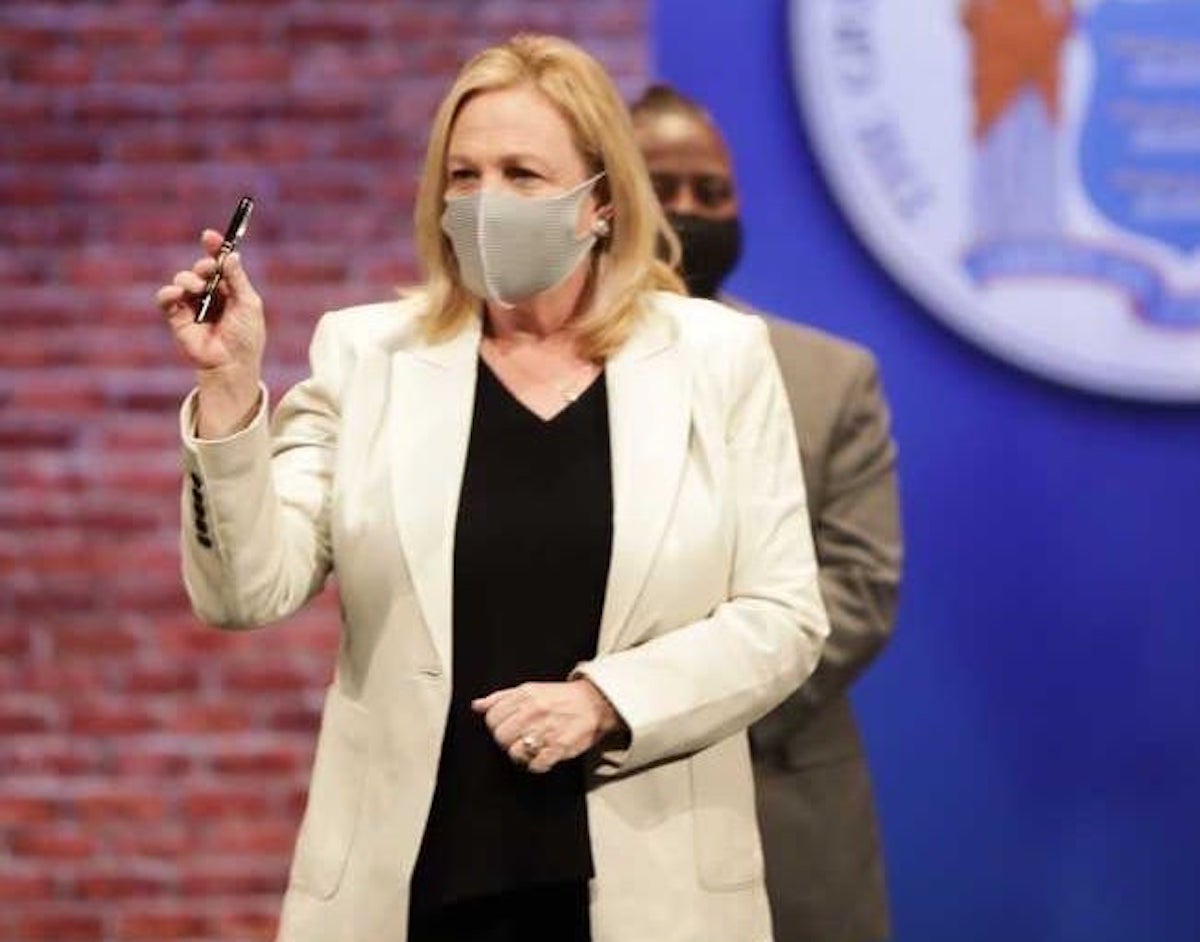 Since State Sen. Loretta Weinberg announced her decision to retire, Gordon Johnson and Valerie Vainieri Huttle have been locked in a battle to win over Democrats to represent the 13 towns that make up the 37th Legislative District.

New Jersey is one of the few states that holds elections for state offices this year. The Garden State primary garnering the most attention is right here in North Jersey, pitting the two sitting members of the Assembly fighting to be the Democratic nominee for State Senate in the 37th.

Since January, both long-serving Assembly members have staked their claim that they are the best to continue the legacy of Weinberg. For North-JerseyNews.com, we believe Vainieri Huttle is the only true choice to continue that torch.

After we interviewed the candidates, pored over their records and watched their debate, our decision to support Vainieri Huttle comes down to her record of leadership and accomplishment as an Assembly member as compared with Johnson.

We will state right here there is little daylight in their records in the two Democrats. But voters should consider, as we did, why the first ticket county leaders backed fell apart as well as the inappropriate sexual comment allegations raised against the Assemblyman.

Johnson supporters point to his close relationship with constituency and party leaders as well as the historic opportunity to send the first Black State Senator from Bergen County. And yes, he has the backing of important leaders in the party including Weinberg and Gov. Phil Murphy.

That seems to be what Johnson’s candidacy is running on, that it’s his time as he is the senior member of the two.

But the State Senate seat from the 37th Legislative District is one that has been held by legislative icons Weinberg, Byron Baer and Matthew Feldman. And in echoes of the battle over the county endorsement resulting in the party backing Johnson, Weinberg had her own battle with a former Assembly colleague—Ken Zisa—to be the party’s nominee. So Vainieri Huttle’s clash with party leaders about the nomination process is not unprecedented.

The track record of Vainieri Huttle in the Assembly is why we are endorsing her. Simply put, during the Assemblywoman’s time she has been at the forefront in writing and passing legislation in importance and volume that Johnson simply has not—or has failed to promote during this campaign. As Vainieri Huttle would say, she is not there to just be yes or no vote for party leaders, she has done the work.

Vainieri Huttle, like Weinberg, has been a leader in the Assembly on such diverse reform issues as security, a women’s right to choose, equality issues for the LGBTQ community and transforming key long-term care proposals from the Manatt report to name just a few.

Vainieri Huttle has proven to be a loyal but independent and progressive voice in the Democratic party, much like the State Senator she is seeking to follow. Primary voters on June 8 would be wise to elect Vainieri Huttle to be the party’s nominee this Fall.

North-JerseyNews.Com’s Weekly Campaign Notebook For May 8