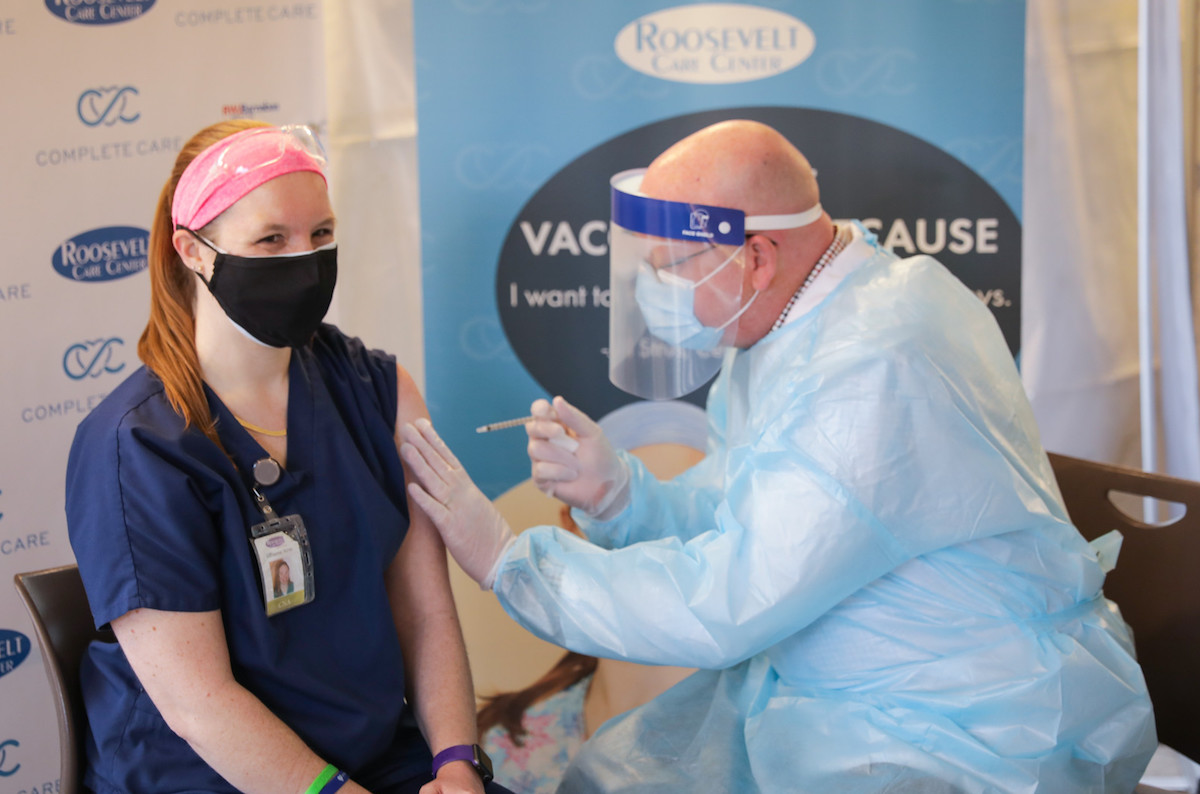 “This is one of the few areas where it is frustrating and angering for us,” said Gov. Phil Murphy at a press briefing May 10. “I continue to be personally against a mandate (but) at a certain point, we will have to step in.”

The governor pointed out that the vaccination rated for residents is “as good as it is in the country,” nearing 85% compared with staffers under 60% . New Jersey Department Health Commissioner Judith Persichilli added outbreaks in long-term care are still an issue, with a large majority being attributed to staffers.

“The staff vaccination levels continue to be unacceptable low,” said the governor. “Staffing (vaccination levels) have gotten better, but it continues to lag and hasn’t gotten to where it has to be.”

Health officials noted 199 long-term care facilities are currently reporting at least one case of COVID-19, accounting for a total of 5,304 of the cases, broken down between 2,290 residents and 3,014 staff.

The state’s official death total, reported as those that are lab confirmed, sits at 8,037 on May 10. The facilities are reporting to the state 7,878 residents deaths and 144 staff deaths.

Murphy stressed residents and families whose loved ones are in nursing homes, veterans homes and other long-term care facilities have every right to know what level of staff is vaccinated and what’s the plan to get that number to an acceptable level.

“The residents and their families have been so willing to get vaccinated,” said Murphy, who praised the cooperation of operators since the vaccine became available to make sure those most vulnerable are taken care of.

“We are going to stay on it, but if you have a loved one in a long-term care facility, please ask management two questions: what percentage of your staff is vaccinated and what is your plan to get that number up,” stated Murphy.

Mandate Not Ruled Out

The governor stated any incentive for those who have not received the vaccine, including cash, may be considered going forward.

While Murphy said his wish for people is to decide to get the vaccine of their own free will, staffers in long-term care facilities may be an exception to that case.

“Would we consider other steps? I think if we had to we would,” he stated. “If we continue to see….all the breakouts from staffers, at some point our patience runs thin on that.”

As of May 10, the cumulative number of confirmed coronavirus cases in New Jersey was 880,635 with 459 total new PCR cases reported. There were 106 probable cases, bringing the cumulative total of antigen tests to 127,411. The total number of individual cases for the state is 1,008,046. Gov. Murphy previously noted there is some unknown overlap due to health officials urging those taking a rapid test to get a PCR test.

As for those that have passed, the state reported 10 new deaths, bringing that total to 23,170. The state listed probable deaths at 2,640, bringing the overall total to 25,810. State officials noted 18 deaths occurred in the last 24 hours of reporting that have not yet been lab confirmed.

Officials reported 1,063 patients were hospitalized; 995 cases were confirmed and 78 are under investigation. By region, there were 527 in the North, 271 in the Central and 281 in the South.

Of those hospitalized, 250 are in intensive care units and 165 on ventilators. A total of 114 patients were discharged, while 92 were admitted.

Another 733 cases are still under investigation to determine where the person resides.

In regards to cases related to in-school transmissions, a total of 263 outbreaks involving 1,157 cases, accounting for seven additionally outbreaks and 41 cases from the previous weekly update on May 10.