Johnson, Vainieri Huttle Question Each Other’s Character in Battle Over Outside Ads 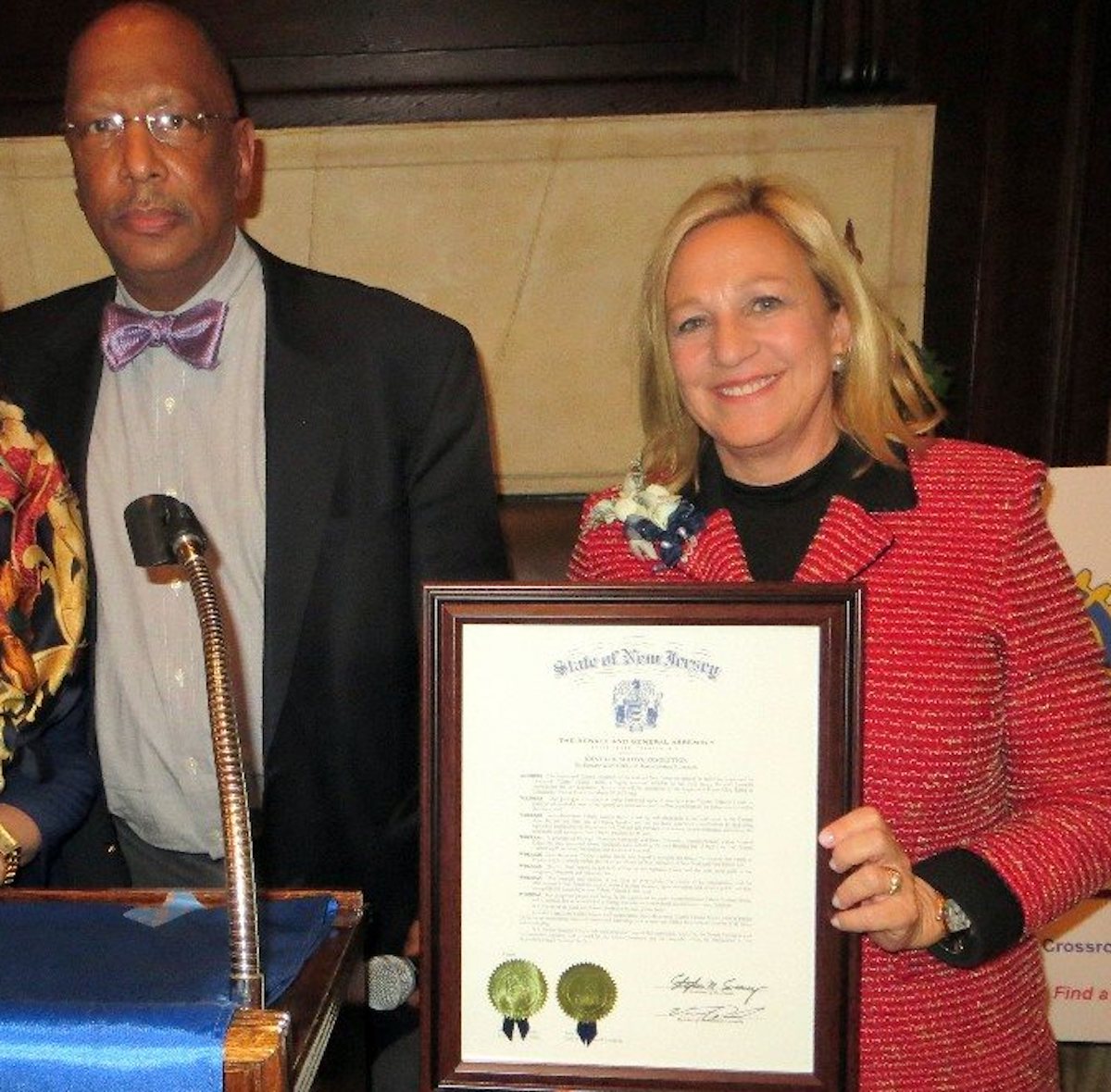 The gloves are officially off in the fight to be the next State Senator in District 37.

The day started with Assemblywoman Valerie Vainieri Huttle calling for Assemblyman Gordon Johnson to dissociate himself from outside spending in their race to succeed Senate Majority Leader Loretta Weinberg.

The Johnson campaign then hit back that Vainieri Huttle was playing into stereotypes that are “fundamentally racist” due to insinuations that Johsnson is not his own man.

Throughout the campaign, Vainieri Huttle has portrayed Johnson as the choice of party bosses and she was not given a fair shot, claiming backroom deals in Trenton is why the Bergen County Democratic Committee anointed Johnson as the preferred candidate to succeed Weinberg in the State Senate.

On May 20, the Vainieri Huttle campaign raised the issue of why outside groups were spending money to attack the Assemblywoman.

“The dark money groups, South Jersey power bosses know that they can’t buy me, so they are investing hundreds of thousands of dollars in dark money into Johnson’s campaign,” she said. “Here’s the facts: while I am fighting for transparency in government, Gordon Johnson is being propped up by South Jersey party bosses.”

The group in question is the American Democratic Majority, a super PAC that has ties to South Jersey powerbroker George Norcross as well as the New Jersey Education Association, the state’s powerful teachers union. In addition to mailers on behalf of Johnson that have flooded the district, the group recently launched a televised attack ad against Vainieri Huttle over a 2003 pay-to-play law proposal.

The ad claims Vainieri Huttle’s family cashed in on her influence as Bergen County Freeholder and “made a fortune” from no-bid government contracts. The attack uses a 2003 Bergen Record story when Vainieri Huttle declined to support a Republican proposed ordinance barring individuals and businesses who hold public contracts in Bergen County from making campaign contributions.

The ad script includes the lines “In other words, they got rich off your money. Now, Huttle pretends to be a reformer. You gotta be kidding me. No wonder both Phil Murphy and Loretta Weinberg support Gordon Johnson for Senate.”

Vainieri Huttle fired back, stating she did not support the GOP measure because it was not strong enough.

“Gordon Johnson’s dark money groups are looking to smear me…for not simply accepting a watered-down bill that the Republican Party was seeking to pass,” she said. “If we are going to talk about the issue of character in this race, it’s Gordon Johnson who should be answering to these concerns…I’m calling on Gordon Johnson to call on his dark money Super PAC’s to stop spending hundreds of thousands of dollars to lie about my character.”

The issue of character resulted in the Johnson campaign claiming Huttle is playing into racial stereotypes of the Assemblyman not being his own man.

“It’s hard to fathom why Huttle’s ‘progressive’ campaign continues to peddle this overtly racist narrative: that a Black man, running to be the first ever Black State Senator from Bergen County, is the puppet of white bosses,” stated Johnson campaign manager Storm Wyche.

Johnson’s camp has stated all along that it is his connections to the community in the 37th that won him the nomination, not a deal with state legislative leaders. In her statement, Wyche said Johnson has a history of “fierce independence,” including being the first legislator to endorse Murphy for governor in 2017, supported the legalization of marijuana before it was mandated by the voters and ran against the Bergen County Democrats when the county party wasn’t living up to his standards or values.

Additionally, the Johnson camp spotlighted the $150,000 loan Vainieri Huttle has given to her campaign, portraying the Assemblyman as the one fighting for campaign finance reform “because he knows that politics is quickly becoming a game only wealthy, privileged people get to play.”

“Not only is Huttle trying to claim moral high ground because she has the privilege to fund her own campaign, but the attack feels particularly hollow when you consider Huttle knowingly received tens of thousands of dollars in donations from a developer trying to get approval from a board headed by her husband,” Wyche alleged, an issue Johnson attempted to raise during their debate May 3 but could not provide specific names and dates.

“The fact is, Johnson has the vast support of the grassroots Democrats in Bergen County because he has spent his life in service to this community,” Wyche added. “To shamelessly misrepresent reality for your own political gain and claim he is only in this position because the bosses put him there is disgraceful, offensive, and fundamentally racist.”

Vainieri Huttle was taken aback by the connection of questioning who is backing Johnson with racism—“I just don’t get, where is that coming from?”—while wondering why Johnson nor his campaign did not address the issue of dark money. The Assemblywoman said she is going to court to stop what she considers slanderous ads.

“The most important and troubling question is this, why are these dark money groups funding Johnson’s campaign and what do they expect in return?” Vainieri Huttle said. “This election should be decided by the voters of District 37…South Jersey party bosses and special interests should not be trying to influence our election.”

The day ended with State Sen. Nia Gill (D-34) endorsing Vainieri Huttle’s bid for State Senate, citing her as a champion of women’s rights, New Jersey’s families and seniors, individuals with disabilities, and the LGBTQ+ community.

“In her fifteen years in the Assembly, Valerie has proven herself as a progressive, effective, independent leader and public servant,” said Gill. “The New Jersey Senate and the 37th District deserve a Senator who will fight for change. A Senator who will lead the way on critical issues impacting us all. I know Valerie Vainieri Huttle is the best person to do the vital work that must be done.”