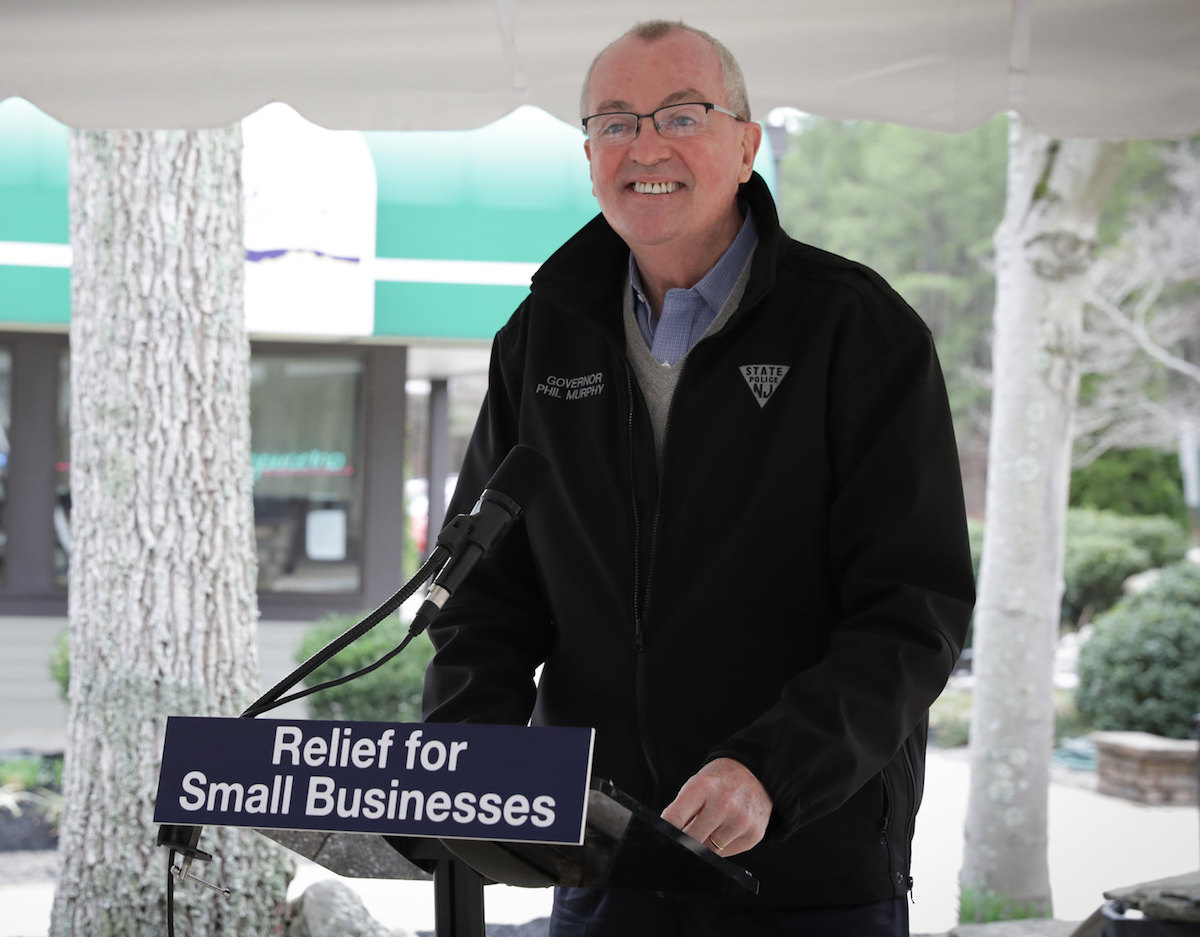 Gov. Phil Murphy stated Memorial Day Weekend was always a guidepost in his decision to ease more coronavirus-related restrictions in New Jersey, including lifting the indoor mask mandate for those fully vaccinated.

“We’ve always targeted Memorial Day as when we hoped we would be able to take our strongest steps on the path back to a fully open New Jersey,” said Murphy during his press briefing May 24. “We have always been cautiously optimistic, with an emphasis on the word cautiously. I knew that if we all did our parts, we could make it work.”

Besides the indoor mask mandate being broadly lifted, the state lifted requirements that restaurants, retail stores, personal services, gyms, churches, casinos and more have to keep 6 feet of distance between patrons and groups. Additionally, bars and restaurants are allowed to reopen dance floors and the resumption of ordering and eating/drinking while standing at bars and restaurants just in time for the unofficial start of Summer.

The governor stated the first time he mentioned Memorial Day as reopening the state was Dec. 14, 2020, the day before the first COVID-19 vaccine was administered to frontline healthcare workers at University Hospital in Newark.

“That was in response to a question on what I hope the impact of the vaccines would be and our ability to reopen our state,” said Murphy. “These steps, when all added together, are the clearest signs of our commitment to carefully and deliberately reopening our state after what has been a truly crushing almost 15-month period.”

The first-term governor acknowledged state officials were taken by surprise when the Centers for Disease Control and Prevention (CDC) updated its masking guidance May 13 before reducing social distancing requirements.

“I think we had expected that the CDC would make the move on six feet before they made the move on masking, he said. “That was something we were…anticipating, and that would’ve been a step that we would’ve instantly followed.”

But Murphy was resolute that waiting nearly two weeks to lift the indoor mask mandate was the correct decision.

“The mask mandate was unquestionably the right call. We know this has saved lives,” he stated. “I do not for one minute regret our taking these extra two weeks to ensure that the dramatic decreases we have begun seeing in both cases and hospitalizations would continue. I do not regret listening to a host of medical and scientific experts, including Dr. Tony Fauci, who spoke of a need to be more cautious to prevent a backslide.”

Murphy continued, “Any amount of days you can put on the clock allows you to further drive down the virus numbers, and at the same time, it allows us to drive up the vaccination numbers. If these past two weeks have pushed one more person to get vaccinated or save one extra person from hospitalization or death, then we are all better off.”

Since the CDC announcement, New Jersey has seen a 28% drop in hospitalization related to the coronavirus, new cases dropping significantly below the 1,000 average it was 11 days earlier, the daily positivity rate decreasing by half to 2% and the state having over 4 million residents fully vaccinated as it attempts to reach its goal of 4.7 million adults by June 30.

“Because of the work of millions of you who continue to mask up and social distance and to get vaccinated in truly nation-leading numbers, we can now take these steps, which I think are by far the most significant,” remarked Murphy. “Lifting the mask mandate is not a license to be a knucklehead. Lifting the mask mandate simply acknowledged how far we’ve come together and that together we will cross the finish line.”

Murphy denied political pressure played into the latest reopening moves, insisting the actions taken were “guided by the science, the data, the facts. There’s some folks who have consistently been on the other side of us as it relates to what we’ve been doing throughout the pandemic, but that’s of no interest to us.”

However, the governor did admit the actions of New York and Pennsylvania and its effect on the economics of the Garden State did play a role in his decision.

“I am aware, though, if you’re the only state in the entire neighborhood and everybody else is doing something differently, at a certain point it puts a significant amount of pressure on our business community,” said Murphy. ”If you’re in Jersey City and you don’t want to put a mask on to go to dinner, you can hop on the PATH or drive across to New York City and likewise, if you’re in a community that’s on the Delaware River, you can do the same into Pennsylvania.”

“We think based on the numbers and based on the timing and frankly, the ability to get outside where the virus is a lot less lethal than it is inside, the combination of all of that tells us that this is the right time to make the move,” he stated.

As of May 25, the cumulative number of confirmed coronavirus cases in New Jersey was 886,271 with 423 total new PCR cases reported. There were 109 probable cases, bringing the cumulative total of antigen tests to 128,308. The total number of individual cases for the state is 1,014,579.

As for those that have passed, the state reported 24 new deaths, bringing that total to 23,464. The state listed probable deaths at 2,660, bringing the overall total to 26,124. State officials noted 11 deaths occurred in the last 24 hours of reporting that have not yet been lab confirmed.

Another 745 cases are still under investigation to determine where the person resides.

In regards to cases related to in-school transmissions, a total of 281 outbreaks involving 1,263 cases, accounting for 18 additional outbreaks and 106 cases from the previous weekly update on May 17.

Health officials noted 147 long-term care facilities are currently reporting at least one case of COVID-19, accounting for a total of 3,614 of the cases, broken down between 1,419 residents and 2,195 staff.

The state’s official death total will now be reported as those that are lab confirmed, sits at 8,050 on May 25. The facilities are reporting to the state 7,885 residents deaths and 144 staff deaths.