by Nathan Resso
in County, Trenton
0 0
4 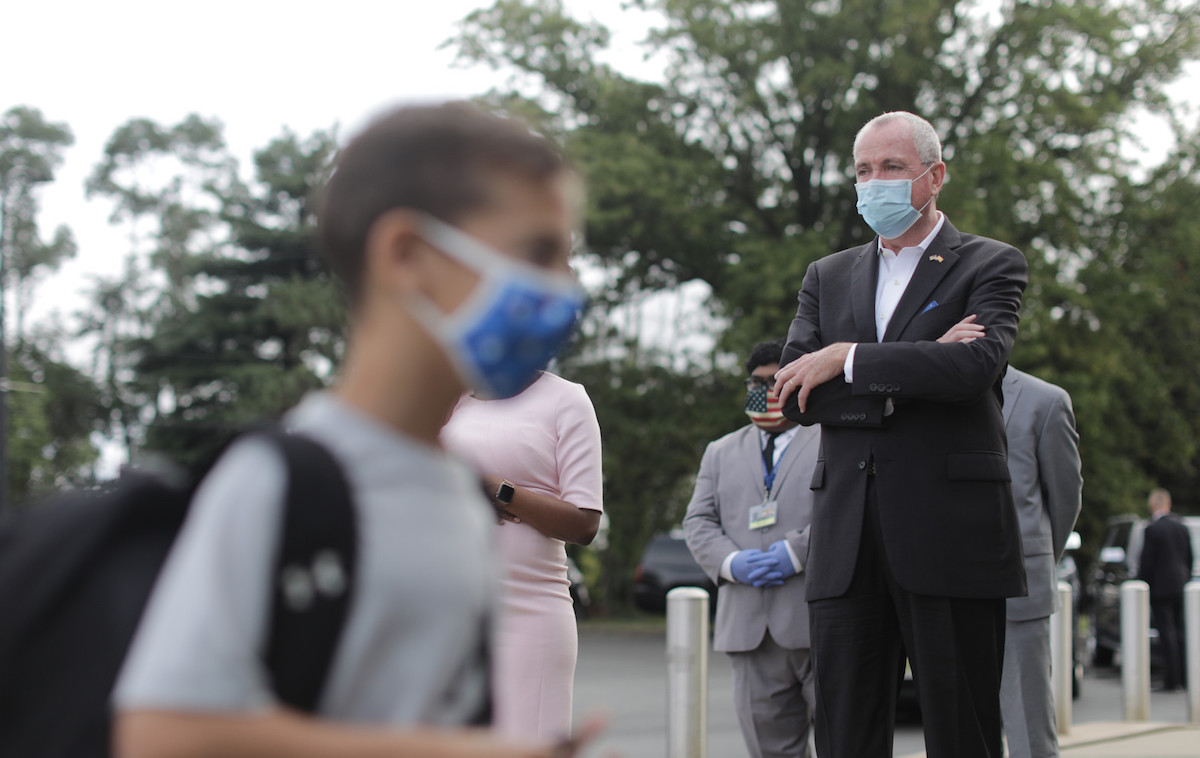 Although the Garden State will be lifting the indoor mask mandate for Memorial Day Weekend, state Republicans think more can be done.

Gov. Phil Murphy confirmed that effective May 28, New Jersey residents can remove their masks when entering indoor public spaces, provided they were vaccinated. Indoor gathering limits would be lifted June 4.

The order had some exceptions, including healthcare and correctional facilities, public transportation, transportation hubs, and homeless shelters.

State Sen. Steve Oroho (R-24) does not see the logic in the continued slow rollout and asked a simple question: “What are we waiting for?”

Pushing for a Faster Reopening

“Why wait? This drip, drip, drip approach is unnecessary. Just lift the restrictions and let people decide their own comfort levels. For too long, New Jersey residents have been stripped of their individuality and freedoms,” he said.

Oroho praised the way Garden State residents dealt with the pandemic, but noted it was time to loosen the reins and return to normalcy.

“Why do we continue to play these games? After a full year of being told what to do, New Jerseyans deserve better. It’s time to rip the Band-Aid off and open everything up,” said Oroho.

State Sen. Kristin Corrado (R-40) had another target in sight when it came to masks: Summer Camps. Summer camps were among those still mandated to have campers and staff wear masks. Corrado has introduced legislation to lift this requirement.

“Murphy’s logic escapes me,” said Corrado. “Data has shown that children are less susceptible to the virus, and the majority of summer camp activities are conducted outside, where the threat of transmission is minimal.”

Assemblywoman Aura Dunn (R-25) added, “It’s an outrage for our caucus and for parents across the state. To these mothers and fathers out there: we see you, we hear you, and we’re fighting to end this senseless mask mandate for our children.”

In a television appearance the day after the announcement, Murphy stated parents in the state can expect to send their children to school wearing masks in September because kids under 12 are still ineligible for a COVID-19 vaccine. Trials are ongoing for younger people, but he doesn’t expect them to be approved with enough time to make vaccines widely available for

“We’ll have masking in schools in the Fall as a result of that,” Murphy said during an interview on MSNBC. “We’ll continue to keep a fair amount of steps we have in place in the Fall.”

Assemblyman Brian Bergen (R-25) put out a press statement with his comments from May 20 that warned “the governor is dreaming if he plans to have the unilateral authority to mask our children in schools this Fall. If he does have that much authority, and our state Legislature is still sitting on their hands, I would be shocked. I mean, how long can Democrats in the legislature tolerate being completely irrelevant?”

Bergen introduced legislation (A4147) to rein in the governor’s executive order authority, requiring legislative oversight and forcing all executive orders to expire after 14 days without an extension granted by the Legislature.

“Let’s be clear, if the governor is still acting unilaterally in the Fall, then there is no one else to blame besides the Assembly and Senate Democrats. More specifically, the leadership in both houses,” said Bergen. “It’s time we name the individuals who are making these bad decisions and hold them directly accountable. Enough of the generalizations. We know who they are and we need to hold their feet to the fire at every opportunity.”