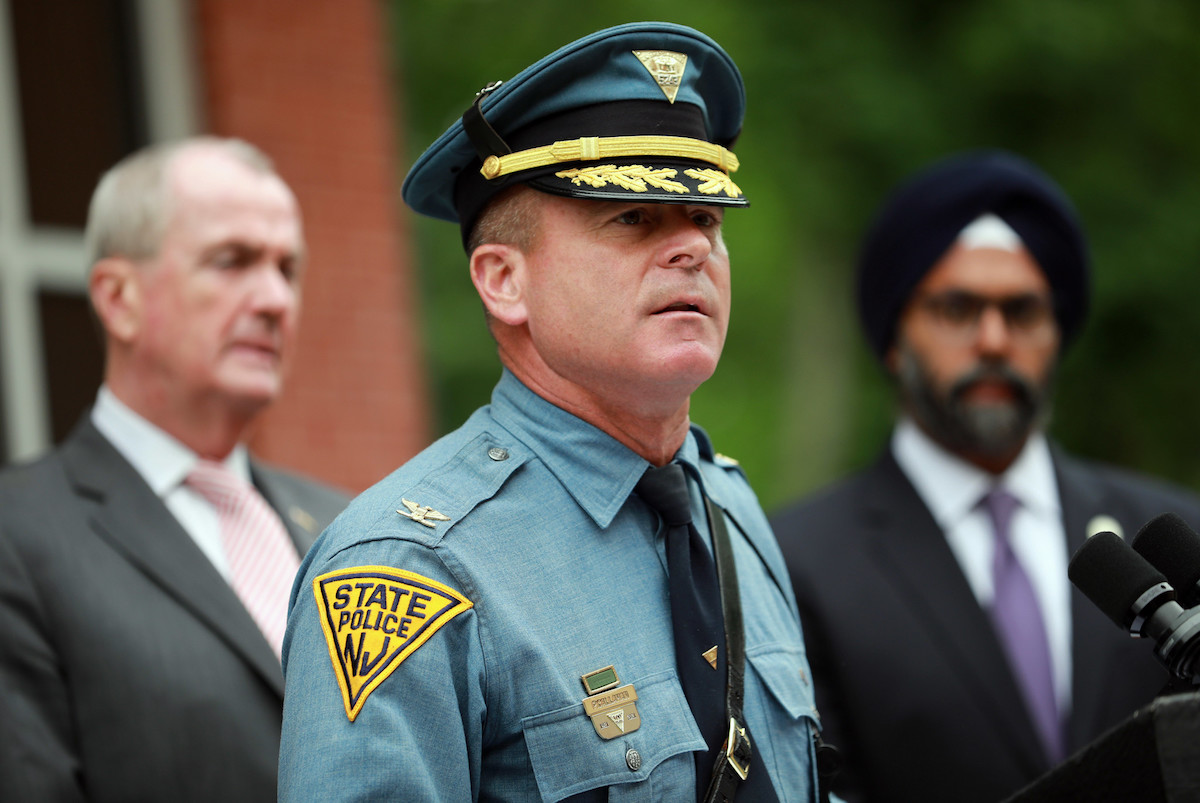 Gov. Phil Murphy (D) is calling for federal action on gun safety on the heels of a weekend shooting at a party that claimed the lives of 3 people so far and injured 11.

“We’ll continue to, I think, have probably the strongest gun safety laws in America, but we need national steps taken and, in the absence of that, we’re still going to have the risk, at least, of bad actors and, or crime guns coming into our state.”

Murphy was responding to a reporter’s query on guns, telling the press moments earlier, “We don’t have an issue with Second Amendment, law-abiding, responsible gun owners. We never have. But it’s crime guns and tightening up the system so that it can limit them and limit awful events such as what happened on Saturday night from happening.”

The bill, “The Untraceable Firearms Act,” would permanently include “the core building blocks of ‘ghost’ guns—unfinished frames and receivers—in the definition of ‘firearm’ under federal law,” according to a Menendez press statement.

Under the legislation, the same federal regulations that govern the production and distribution of completed firearms would apply to online and other gun kit makers and distributors selling frames and receivers that can be readily converted into fully functional gun components.

Additionally, their bill would require sellers have a manufacturer’s license and put a serial number on the frame or receiver included in each kit, and that purchasers undergo a background check.

“The spread of untraceable firearms and their increased popularity among white supremacists pose a significant threat to the safety and well-being of communities across the country,” Menendez said.

“We simply can’t afford to stand idly by as the deadly epidemic of gun violence continues to plague our nation,” Booker said.

A House companion bill (H.R. 3088) was introduced the same day with more than 60 co-sponsors.

“Gun buyback programs have worked at the state and local level to remove guns and reduce gun violence in communities.  Now, we need a national program to give all towns and cities the funds to get guns off their streets,” Payne said in a press statement.

Payne’s bill would give the U.S. Department of Justice a two-year, $360 million grant to exchange smart debit cards for firearms. The trades would happen through local gun dealers and the debit cards would be worth the market value of their firearm plus an additional 25% of the gun’s value, according to Payne. His bill has 18 co-sponsors.

Both the “ghost” gun prohibition bill and Payne’s gun buyback bill lack any Republican co-sponsors. While the Democrat-led U.S. House can move gun control legislation without Republican support, the path in the Democrat-led Senate—where individual senators have much more power due to the filibuster—is far tougher.

Murphy was asked at his briefing if the Senate filibuster should be eliminated so Congress can pass gun legislation and whether President Biden and Senate Majority Leader Chuck Schumer (D-NY) should press harder for gun reform legislation. The governor said, “I don’t know [that] I’ve got a crisp answer for you at the federal level, but something’s got to give in terms of gun safety.”

He noted that a vast majority of Americans support universal background checks, according to polling, but Congress has not taken action.

“Let’s put some common-sense gun safety laws on the American books, not just at the state level. I hope we get there sooner than later,” Murphy told reporters.

Absent legislative action by the U.S. Congress to curb gun violence, the Biden Administration could take some executive actions on the regulatory side. On May 7, the U.S. Department of Justice announced a proposed rule to update the definition of a firearm—a move that Menendez said he urged.

The proposed rule, which was published May 21, would update the definition of “firearm” and related parts for the first time since 1968. DOJ officials said the proposed rule would modernize the definition of ‘frame or receiver’ and help close a regulatory loophole associated with the un-serialized privately made firearms that are increasingly being recovered at crime scenes across the country.

“This proposed rule would help keep guns out of the wrong hands and make it easier for law enforcement to trace guns used to commit violent crimes, while protecting the rights of law-abiding Americans,” Attorney General Merrick B. Garland said. “Although this rulemaking will solve only one aspect of the problem, we have an obligation to do our part to keep our families and our neighborhoods safe from gun violence.”