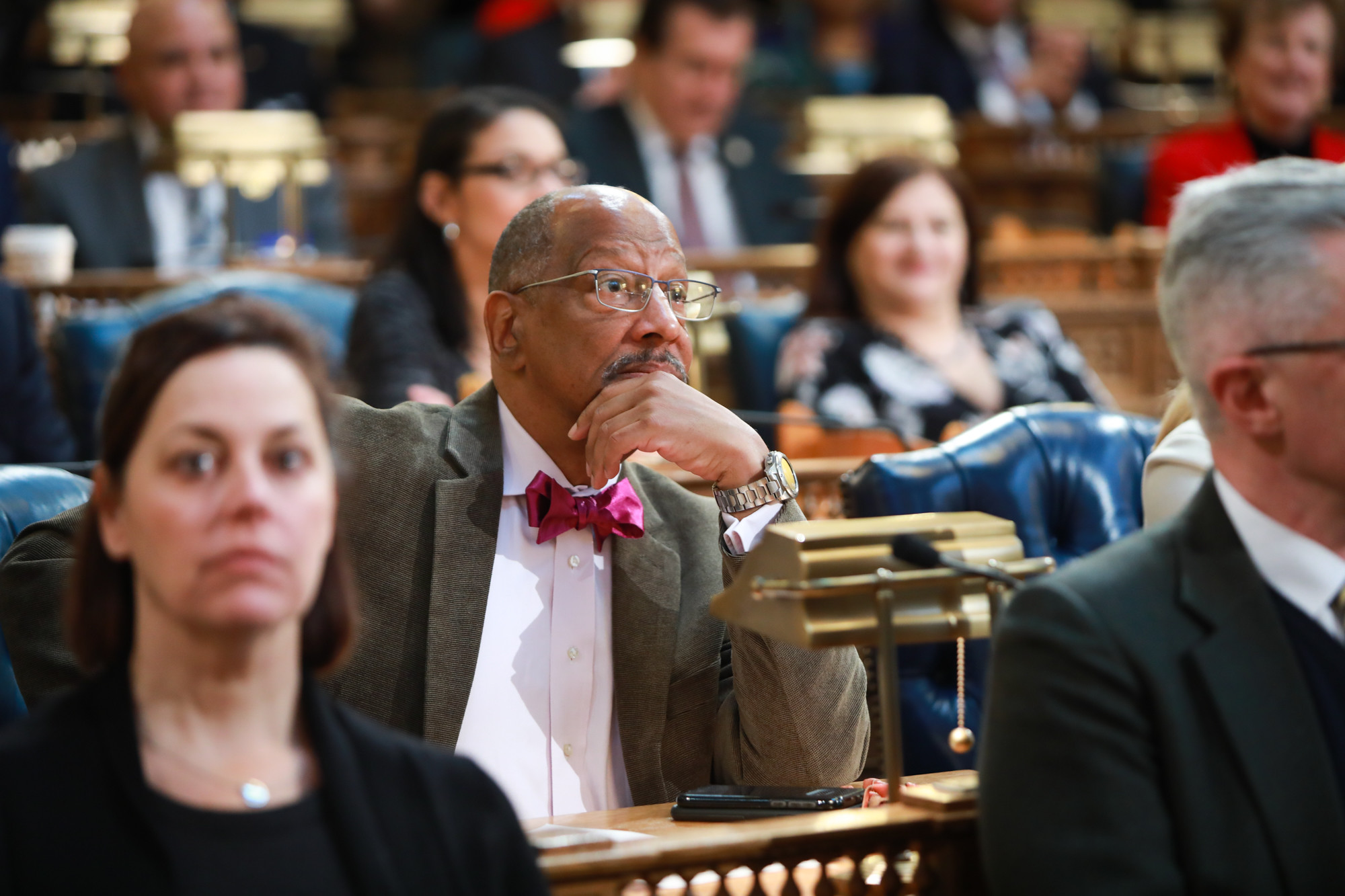 The 37th Legislative District Democratic Rainbow Coalition will be on the ballot in Fall.

The two Assembly members have battled it out in what became an increasingly bitter campaign since January when State Sen. Loretta Weinberg announced her intention to not seek reelection. Johnson, who had the backing of the Bergen County Democratic Committee as well as Gov. Phil Murphy and Weinberg, campaigned as the one most in tough with the grassroots of the district and the historic opportunity to be the first Black man to represent Bergen County in the Senate.

Vaineri Huttle, a 15 year member of the Assembly, ran a campaign looking to take on the party’s machine. After removing herself from consideration at the party county’s convention, Vaineri Huttle built a coalition of progressive groups who saw her as carrying on the torch bearer of Weinberg.

The bitterness of the campaign reached its zenith when after Vainieri Huttle, who had portrayed herself as the politician who wrote more bills and passed more key landmark legislation than her opponents, questioned outside mailers and commercials being run by the Norcross-backed American Democratic Majority.

The Johnson campaign countered Vainieri Huttle was playing into racist stereotypes due to insinuations that Johsnson is not his own man.

“It’s hard to fathom why Huttle’s ‘progressive’ campaign continues to peddle this overtly racist narrative: that a Black man, running to be the first ever Black State Senator from Bergen County, is the puppet of white bosses,” stated Johnson campaign manager Storm Wyche. “To shamelessly misrepresent reality for your own political gain and claim he is only in this position because the bosses put him there is disgraceful, offensive, and fundamentally racist.”

Besiden Johnson being the first Black State Senator from Bergen County if he wins in November, Haider the first Pakistani American and Muslim and Park the first Korean American woman to serve in the State Legislature.

In Bergen County which makes up the majority of the district, Auth received 3,076 votes and DeFuccio 2,984, while Azzariti and Kurpis garnered 1,609 and 1,504 votes, respectively of the 60% of the vote counted.

Schepisi began the year challenging 86-year-old State Sen. Gerald Cardinale in the Republican primary before his passing in February. That led to Schepisi and Auth into an especially raucous fight to fill the unexpired term in March, which she won by eight votes.

In a special election convention for the vacant Assembly seat, Schepisi backed Azzariti and Auth supported DeFuccio, a councilwoman from Upper Saddle River, who won that race by seven votes. Schepisi ran on the Bergen County Republican organization line with Auth and DeFuccio, and with Azzariti and Kurpis in Passaic.

As of 11 p.m. the second GOP nominee to run with clear winner Assemblyman Jay Webber In the 26th district was still close to call.

Assemblywoman BettyLou DeCroce faced an uphill battle as she did not receive the backing of Morris County Republicans in her bid to be the party’s nominee to return to the Assembly.  Webber teamed with former Pompton Lakes Councilman Christian Barranco after the county committee elections. Morris County Commissioner Thomas Mastrangelo was on the ballot as well.

Barranco reportedly had a 266 vote lead, but strongholds for DeCroce such as Parsippany were still tallying the votes.

DeCroce running independently came after a surprise loss of her home county Republican organization in Morris, which has the majority of voters in the district. Barranco, a member of the International Brotherhood of Electrical Workers (IBEW) Local 102, defeated DeCroce by seven votes, 87-78, at the first-ever Morris County Republican convention. Webber, seeking his eighth term in the legislature, was the top vote-getter with 117 votes.

DeCroce would go on to win the smaller Passaic and Essex County lines, The West Milford GOP, the only Passaic municipality in the 26th, gave 20 votes to DeCroce, 14 to Barranco and 6 to Webber. Essex County Republicans voted for DeCroce to be on the ballot but left open the second slot, forcing both Weber and Barranco to run off the party line.

But on April 7, Barranco gave up his spot on the organization line in Passaic County in order to team up with Webber. Barranco and Webber will team bracket in Essex County as well, who have focused their attacks on DeCroce as being a supporter of the Black Lives Movement.

As for who will face off against Gov. Phil Murphy in the Fall, Jack Ciattarelli was able to beat the three other GOP candidates—Hirsh Singh, Phil Rizzo and Brian Levine—with 49% of the vote.

The Hillsborough resident ran and lost in the 2017 primary to former Lt. Gov. Kim Guadagno, who then lost to Murphy.

Murphy in a victory statement  promoted his record over the last three-plus years, as making tremendous progress to build “a stronger, fairer, and more resilient state not just for today, but for generations to come. The choice in November is clear. We can either keep New Jersey moving forward or go backward. I’m confident that voters will choose facts and our shared values over divisive rhetoric and the failed ways of the past that worked for too few and left too many behind.”