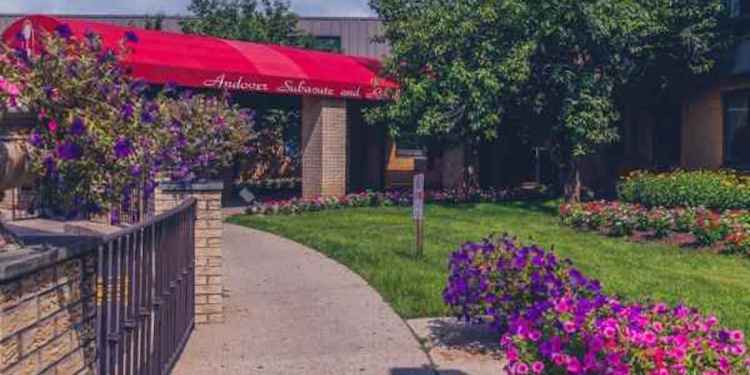 One of the bills that recently passed both chambers unanimously would require action by state government officials to improve curriculum for New Jersey nurses. A second proposed law would mandate state officials to study long-term care facilities’ infection control and prevention practices and policies and develop a statewide plan to improve them.

Both bills await a signature from Gov. Phil Murphy, who suffered much political fallout from thousands of deaths of seniors and long-term care facility employees early in the pandemic after directives from his administration led many New Jersey long-term care facilities to confusion if they were required to readmit COVID-positive residents who were discharged from hospitals.

Additionally, a 2020 review of the long-term care industry by Manatt Health found that about one-third of New Jersey’s nursing homes were cited for infection control deficiencies in 2017.

“After the tragedies we saw in nursing homes last Spring, it became abundantly clear that our long-term care industry needed swift and comprehensive reform. We all can agree that residents and their families deserved far better,” said Assemblywoman Valerie Vainieri Huttle (D-37). “We must learn from our past missteps and pursue a path forward that prioritizes resident safety and high-quality care.”

The State Senate June 3 unanimously passed a bill (S3031, A5059) that would require state health officials to develop infectious disease instructional programs for nurses who work in New Jersey’s long-term care facilities. The Assembly unanimously passed the measure in March.

“It has become increasingly evident that we are overdue for a long-term strategy to ensure that our state’s nursing homes are focused on the safety of residents and caregivers,” Sweeney said in a press statement. “By providing additional education to nurses and nurse aides, we will be able to deliver the best care for our senior citizens while keeping their health and safety a top priority.”

The bill would require the state’s Board of Nursing to review the current nursing curriculum and clinical experience requirements and incorporate the Nursing Home Infection Preventionist Training Course offered through the federal Centers for Disease Control and Prevention.

As part of the review, the board would be authorized to make or recommend additional changes to the curriculum, as they deem appropriate, “to ensure that licensed practical nurses and registered nurses receive adequate training on post-acute care,” Sweeney and Vitale said in a summary of the bill.

Additionally, the bill stipulates that the state’s Department of Health would review the nursing curriculum and clinical experience for the certification of certified nurse aides “and may require them to complete any appropriate portions of the Nursing Home Infection Preventionist Training Course, or a similar course offered through the Association for Professionals in Infection Control and Epidemiology.”

Additionally, the legislation calls for the health department to work with long-term care facilities and labor groups to start a pilot program that would create standards for the advancement of certified nurse aides.

The Assembly May 20 unanimously passed a related measure (A4855, S 3032) that would require the New Jersey Department of Health to assess long-term care facilities’ infection control and prevention policies and to develop a statewide plan to improve them. The Senate unanimously passed the legislation in March.

The bill states that the health department’s assessment would include:

Vainieri Huttle along with fellow Democrats Daniel Benson (D-14) and Nicholas Chiaravalloti (D-31) sponsored the bill in the lower chamber; Sweeney and Vitale sponsored the Senate version of the bill.

“To build a stronger, more resilient long-term care system, we’ll need to evaluate our resources and identify areas for improvement. That’s exactly what this bill aims to accomplish,” said Chiaravalloti. “As we combat a second wave of COVID-19, it’s never been more important to better prepare our nursing homes to keep residents safe.”

Under the legislation, the Department of Health would develop a statewide plan for improving New Jersey’s long-term care facilities within 180 days of the assessment’s completion.

“The goal would be to establish standards and requirements for improvements and a long-term strategy to redesign the nursing home industry to promote resident safety. It would review best practices in other states and create specific timelines for improvement,”Vainieri Huttle added.

The unanimous passage of the bills in both chambers was a show of unity in a year marked by wrangling over the Murphy administration’s early handling of COVID-19 in the state’s long-term care facilities.

Republican state lawmakers have been demanding for over a year that Democrats, who control both the Senate and Assembly, form a bipartisan investigative committee to probe nursing home deaths and other components of what they said was Murphy’s flawed COVID-19 response.

Sweeney had said in May 2020 that he would create a bipartisan committee to probe COVID-19 deaths in long-term care facilities and other issues related to the pandemic, but he ultimately did not proceed with the panel. Republicans held their own hearings in March 2021.

As of June 11, the cumulative number of confirmed coronavirus cases in New Jersey was 889,779 with 194 total new PCR cases reported. There were 135 probable cases, bringing the cumulative total of antigen tests to 129,328. The total number of individual cases for the state is 1,019,107.

As for those that have passed, the state reported four new deaths, bringing that total to 23,639. The state listed probable deaths at 2,685, bringing the overall total to 26,324. State officials noted two deaths occurred in the last 24 hours of reporting that have not yet been lab confirmed.

Officials reported 385 patients were hospitalized; by region, there were 202 in the North, 102 in the Central and 81 in the South. Of those hospitalized, 85 are in intensive care units and 53 on ventilators. A total of 70 patients were discharged, while 19 were admitted.

Another 720 cases are still under investigation to determine where the person resides.

Health officials noted 68 long-term care facilities are currently reporting at least one case of COVID-19, accounting for a total of 1,706  of the cases, broken down between 647 residents and 1,059 staff.

The state’s official death total will now be reported as those that are lab confirmed, sits at 8,058 on June 11. The facilities are reporting to the state 7,869 residents deaths and 144 staff deaths.

OPINION: The Need to Always Be Vigilant Against Antisemitism