OPINION: The Need to Always Be Vigilant Against Antisemitism 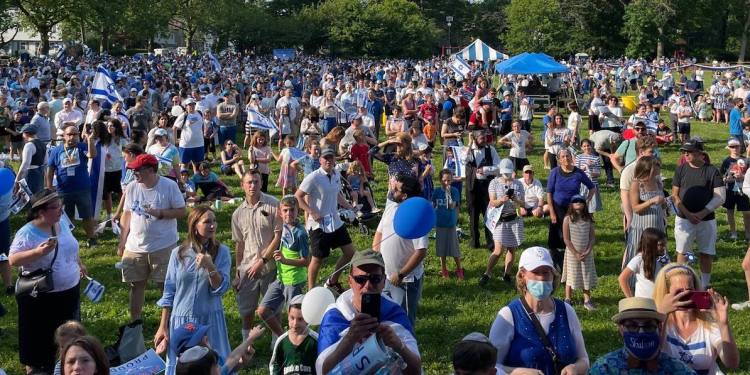 After garnering local and national headlines for weeks now, we now have a fuller picture of how a project that promoted Adolf Hitler ended up hanging in the hallway of a Tenafly school.

A child of South Korean immigrants, the student attempted to connect the rise of Hitler and his attempts to eliminate those of the Jewish religion with the modern-day hate crimes against those of Asian and Pacific Island descent.

According to Rabbi Jordan Millstein of Temple Sinai of Bergen County in Tenafly, who met with the family, the child told her parents “she wanted to learn about where hate comes from, as Asian Americans are experiencing so much hate at them right now. So, (the child) chose a person who was famous for racists and anti semitic hate for her project.”

For an elementary student to attempt to connect the two is nothing short of amazing—even more so when you consider that students do not learn about the Holocaust until 6th grade in the Tenafly school district.

But what is usual too often these days, it’s the adults who have failed the child here. The hanging of the assignment, which included the passages of Hitler stating “I was very popular” and “I was pretty great, wasn’t I?”, without the full context of the assignment is inexcusable.

And who could blame the outrage residents of Tenafly, home to a signifiant Jewish population who include those who lost relatives in the Holocaust.

Since May, the Anti-Defamation League has tracked a rise in acts of antisemitism in the U.S. in the aftermath of the battle between Israel and Hamas. Politicians and a younger generation of Jews have begun to reassess the relationship with Israel. And domestic terrorists at the center of the Jan. 6 insurrection attempt—the Oath Keepers and Three Percenters—have historically targeted those of Jewish descent.

Add to that the rhetoric of those opposing the mandates of face masks in public routinely compared it to the treatment of Jews during the Holocaust. The most notable example was Rep. Marjorie Taylor Greene (R-GA) stating House Speaker Nancy Pelosi’s decision to require members of the House to wear masks on the chamber floor were akin to the Nazis controlling the Jewish population during the Holocaust.

“You know, we can look back at a time in history where people were told to wear a gold star, and they were definitely treated like second class citizens, so much so that they were put in trains and taken to gas chambers in Nazi Germany,” Greene said.

The rhetoric is not only for fringe right wing types. Rep. Ilhan Omar (D-MN), an outspoken critic of Israel, last week tweeted “We have seen unthinkable atrocities committed by the U.S., Hamas, Israel, Afghanistan, and the Taliban” posted along with a video exchange in which she asked Secretary of State Antony Blinken about how victims could find justice for alleged war crimes. She later walked back the comments.

But this was not the first time Rep. Omar angered her colleagues over remarks about Israel before. In 2019, she was condemned by both Democratic and Republican leaders for her suggestion that lawmakers’ support for Israel was driven by money from a pro-Israel group.

This is the type of hate speech that led Rep. Josh Gottheimer (D-NJ) to ask President Joe Biden to engage in efforts to combat the surge of anti semitic rhetoric and violent incidents targeting Jews throughout the United States.

“We reject comments from Members of Congress accusing Israel of being an ‘apartheid state’ and committing ‘act[s] of terrorism’,” wrote Gottheimer.

“These statements are antisemitic at their core and contribute to a climate that is hostile to many Jews,” continued Gottheimer. “Sadly, we have learned from our history that when this type of violence and inflammatory rhetoric goes unaddressed, it can fuel increasing hatred and violence, and lead to unspeakable acts against Jews.”

Any form of hate should always be confronted and stopped. But as the number of Holocaust survivors begins to decline, it is up to all of us to make sure “Never Forget” is not just a saying but a call to action to make sure an atrocity of such magnitude never happens again.