End of the Coronavirus Will Be When We Return to Normalcy: Gov. Phil Murphy 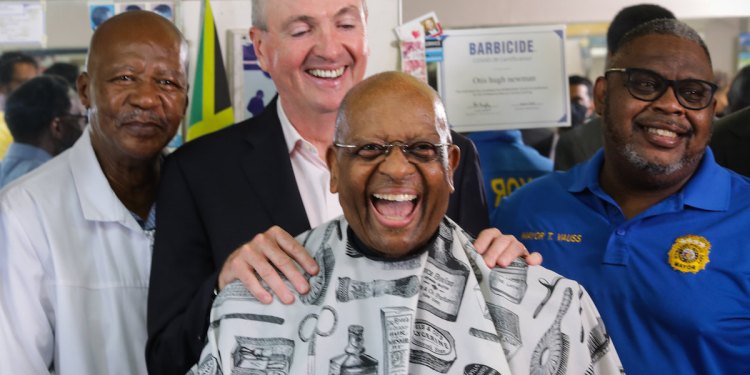 Gov. Phil Murphy painted a picture that the coronavirus pandemic would not be according to a specific health metric or day on the calendar.

In a response to a question at a press briefing June 14, Murphy stated the pandemic will be over when residents are able to return to normalcy and not any specific benchmark of daily cases or deaths.

“I would measure it in a non-medical matter as the level of normalcy of our lives,” said Murphy. “I don’t think we measure it just because we have days of zero fatalities—even though we should celebrate those days—as we have already had days with zero fatalities between waves one and two.”

The normalcy the governor forecasts includes students and teachers going back to school for in-person instruction five days a week without masks, state and private sector offices populated with workers, and the ability to resume activities indoors without a mask.

“I am not measuring it in the health metrics because I am of the opinion that when we beat this…it stays at some low level like the flu does,” commented Murphy. “That is my operating assumption—you are never completely out of the woods but you are back to normal.”

New Jersey Department of Health Medical Advisor Dr. Ed Lifshitz added “this is not going to be like a VE Day…where you can declare today that the war is over.”

“I think that is going to be a continued winding down of restrictions,” said Lifshitz, noting that New Jersey recently ended the public health emergency. “This is something that is going to be around for a long period of time and hopefully at low levels so we don’t have to talk about it.”

Lifshitz warned that vigilance is needed to make sure that an outbreak of the coronavirus does not pop back up, with getting vaccinated the key is making that a reality.

“I agree that we are on a very good path but I would not declare victory and say ‘Mission Accomplished’ at this point,” he said. “But we are certainly headed in the right direction.”

Lifshitz said “the jury was still out” on whether a COVID-19 booster shot will be needed in the Fall.

The governor ended the press briefing by noting that “each day is better than the one that came before” and proclaimed confidence for the first time in public that the state would reach its fully vaccinated adult goal by June 30.

As of June 14, the cumulative number of confirmed coronavirus cases in New Jersey was 890,232 with 138 total new PCR cases reported. There were 122 probable cases, bringing the cumulative total of antigen tests to 129,562. The total number of individual cases for the state is 1,019,794.

As for those that have passed, the state reported five new deaths, bringing that total to 23,649. The state listed probable deaths at 2,685, bringing the overall total to 26,334. State officials noted one death occurred in the last 24 hours that has not yet been lab confirmed.

Officials reported 361 patients were hospitalized; 295 cases were confirmed and 66 are under investigation. By region, there were 152 in the North, 97 in the Central and 111 in the South.

Of those hospitalized, 86 are in intensive care units and 54 on ventilators. A total of 43 patients were discharged, while 31 were admitted.

Another 717 cases are still under investigation to determine where the person resides.

Health officials noted 65 long-term care facilities are currently reporting at least one case of COVID-19, accounting for a total of 1,751 of the cases, broken down between 656 residents and 1,095 staff.

The state’s official death total, reported as those that are lab confirmed, sits at 8,058 on June 14. The facilities are reporting to the state 7,875 residents deaths and 144 staff deaths.