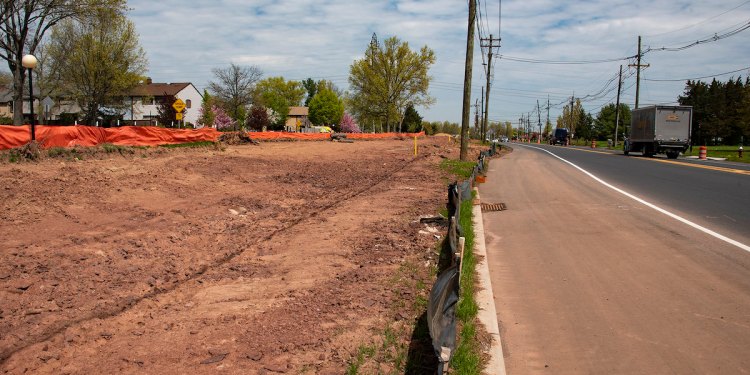 After infrastructure talks between the White House and Senate Republicans fizzled out last week, the House’s Problem Solvers Caucus pushed forward with their $1.249 trillion compromise proposal.

The plan released June 9 by the bipartisan coalition—which consists of 29 Republicans and 29 Democrats—aims to break the gridlock on the latest negotiations in Washington and encourage legislators to work across party lines to agree to a deal to fund roads, bridges, broadband access and other needed upgrades across the U.S.

Rep. Josh Gottheimer (D-NJ), co-chair of the caucus, described the proposal as “the model for how we should govern in Washington: Democrats and Republicans working together to find common ground.”

The “Building Bridges: Bipartisan Physical Infrastructure Framework” would provide $761.8 billion in new spending over the next eight years.

“It’s critically important that we get a robust infrastructure package signed into law and that we do it with strong bipartisan support,” statedGottheimer. “The Problem Solvers Caucus framework—Building Bridges—does exactly that and tackles everything from electric vehicles to clean water to fixing our crumbling bridges, tunnels, roads and rail.”

In a June 11 video posted on Facebook, Gottheimer said they were continuing to work with legislators in the Senate, both Democrats and Republicans, on a deal so legislators can “get this across the finish line and onto the President’s desk.”

‘No Compromise Is Perfect’

Rep. Tom Malinowski (D-7) said while no compromise is perfect, “this one meets my core objectives: It will put millions of Americans to work bringing our roads, bridges, water and utility systems into good repair, significantly increase support for rail and mass transit, including New Jersey’s Gateway project, and—critically—help America transition from dependence on fossil fuels to leadership in clean energy.”

A recent poll inMalinowski’s 7th congressional district found that voters overwhelmingly supported aspects of the plan that focus specifically on climate change and clean energy as a “significant selling point.”

“We’ve proven that common ground is possible without sacrificing ambition and vision. I hope all Democrats and Republicans will support these investments,” Malinowski added.

Rep. Brian Fitzpatrick (R-PA), the Republican co-chair of the caucus, said the group worked “tirelessly to put together this bipartisan framework that is both responsive to local needs and worthy of the public’s trust.”

In April, the caucus released “Rebuilding America’s Infrastructure,” which aimed to serve as a starting point for negotiations for bipartisan reform legislation to replace the White House’s $2.3 trillion American Jobs Plan and Senate Republican’s $568 billion counteroffer to fund improvements.

President Joe Biden broke off negotiations with a group of GOP senators on June 8 amid disagreements regarding the structure and size of his proposed $1.7 trillion infrastructure spending plan.

Biden’s initial plan called for a range of investments in clean energy, housing, schools and care for elderly and disabled Americans, all of which Republicans have called unrelated to infrastructure. GOP lawmakers countered with a $928 billion infrastructure proposal that included about $330 billion in new spending.

Neither side has agreed on how to pay for infrastructure investments, as Republicans oppose Biden’s plan to hike corporate taxes and Democrats are against proposals to charge new consumer fees or repurpose coronavirus aid funds.