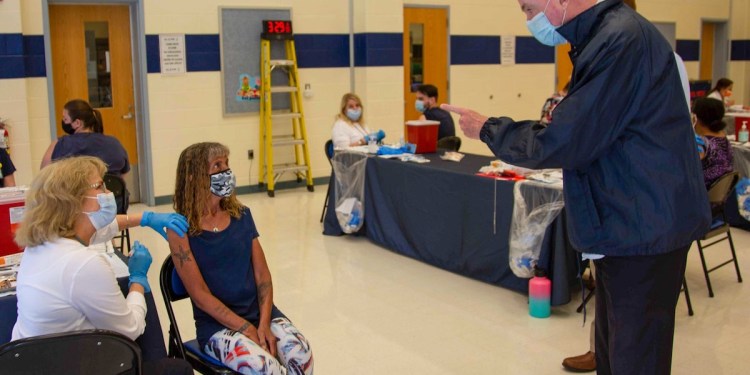 For Gov. Phil Murphy, new cases of the coronavirus are being driven by one cohort.

“We have a pandemic again among unvaccinated residents, not among the vaccinated,” stated Murphy at a press briefing June 14. “I cannot put it any more succinctly. The vaccines…are proving to be effective against all forms of this virus including the so-called Delta variant, which is the one from India.”

Murphy said while there are some breakthrough cases in New Jersey, the data that the state’s Department of Health has collected from lab and healthcare systems in the Garden State shows new cases “almost entirely if not exclusively are from unvaccinated individuals.”

“When we have that reporting system in place, we will add those numbers to our dashboards in these briefings, and I promise you they’re going to be stark,” stated the governor. “They’re going to tell the tale that we’ve been alluding to that this is now, sadly, a pandemic overwhelmingly among unvaccinated individuals.”

Additionally,  33% of those ages 12 to 17 in the month since becoming eligible have received their first dose of the.

“We still have more work to do to increase coverage in the younger populations in our state,” said Persichilli.

Murphy noted the Garden State is in the top five in the U.S. in terms of vaccinations of the state  population and the largest by population.

“The states ahead of us are Connecticut, Vermont, Hawaii, Massachusetts,” said the governor. “Only Massachusetts comes close in terms of population (and) it’s about two-thirds the size of New Jersey.”

As of June 15, the cumulative number of confirmed coronavirus cases in New Jersey was 890,485 with 278 total new PCR cases reported. There were 116 probable cases, bringing the cumulative total of antigen tests to 129,558. The total number of individual cases for the state is 1,020,043.

As for those that have passed, the state reported 11 new deaths, bringing that total to 23,660. The state listed probable deaths at 2,685, bringing the overall total to 26,345. State officials noted two deaths occurred in the last 24 hours of reporting that have not yet been lab confirmed.

Officials reported 360 patients were hospitalized; 295 cases were confirmed and 66 are under investigation. By region, there were 164 in the North, 104 in the Central and 92 in the South.

Of those hospitalized, 86 are in intensive care units and 44 on ventilators. A total of 21 patients were discharged, while 31 were admitted.

Another 715 cases are still under investigation to determine where the person resides.

In regards to cases related to in-school transmissions, a total of 281 outbreaks involving 1,263 cases, accounting for 18 additional outbreaks and 106 cases from the previous weekly update on May 17.

Health officials noted 59 long-term care facilities are currently reporting at least one case of COVID-19, accounting for a total of 1,588 of the cases, broken down between 597 residents and 991 staff.

The state’s official death total will now be reported as those that are lab confirmed, sits at 8,058 on June 16. The facilities are reporting to the state 7,875 residents deaths and 144 staff deaths.

Rep. Josh Gottheimer Proposes $500 Back-to-Work Bonus for those on Unemployment