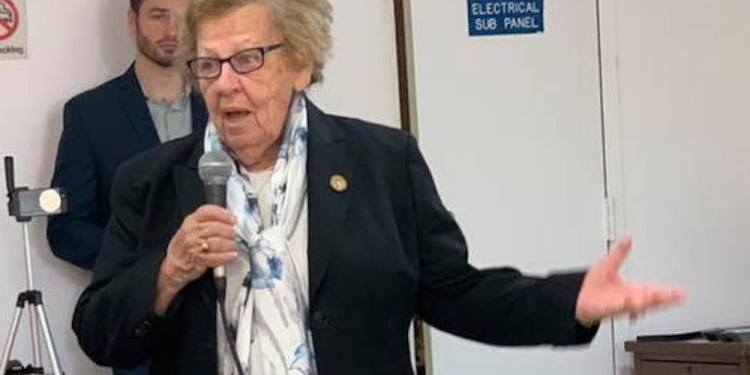 A pair of bills sponsored by Senate Majority Leader Loretta Weinberg (D-37) that would work to combat discrimination were approved by the Senate Labor Committee.

The first bill is designed to protect against sexual harassment in employment, housing, and public accommodations, and age discrimination.

The second, which was co-sponsored by State Sen. Shirley Turner (D-15), would amend current laws on the books to extend age discrimination protections.

“These are some of the most vulnerable workers in society who have been powerless to defend themselves,” said Weinberg in a press statement. “They need to know they have the law on their side and that they won’t be left defenseless against abuse or harassment.”

The Majority Leader’s bill would delete a provision dating back to 1938 which permitted an employer to force retirement on an individual of a particular age provided they can “show that age bears a manifest relationship to the employment in question.”

“As in many places around the country, New Jersey’s workforce is aging, and we need to be proactive in protecting those older workers against age discrimination,” said Weinberg. “At the very least we need to bring these outdated laws up to date, in order to grant these valued workers the same protections enjoyed by their younger colleagues.”

The bill would remove language in the current law that allows employers to not hire or promote workers over 70 years, requires tenured college and university professors to retire at the age of 80, and closes a loophole which allows to force retirement upon people when they reach a certain age.

“No one should be forced to retire before they are ready and employers should have the discretion to hire or promote whomever they feel is the best fit for the job, regardless of their age,” said Turner. “It’s surprising such outdated, blatantly discriminatory laws are still on the books, but I am grateful we are finally taking action to address them.”

Weinberg’s other bill would amend the existing Law Against Discrimination to extend protections to other classes of workers.

“Sexual harassment in the workplace has been a pervasive abuse that has gone unchecked for far too long,” said  Weinberg.

“The MeToo movement has increased awareness and has encouraged women to speak out about their experiences, but we need laws that help protect them in the workplace.”

S-3352 would protect domestic workers, interns, and independent contractors. It would be made available in English, Spanish, and any language spoken by an employee who doesn’t speak English as a primary language.