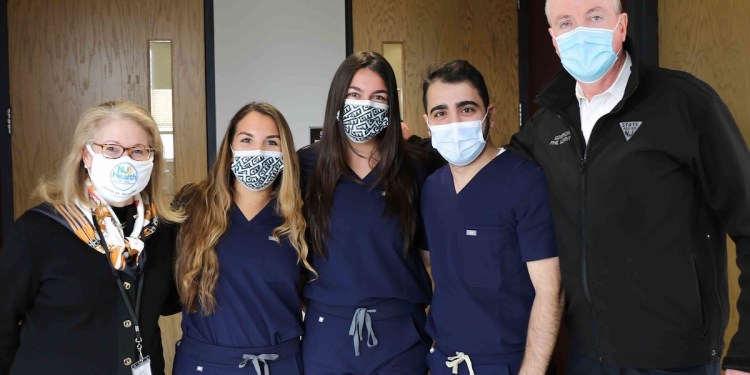 The easiest thing to do is to point out the failures of the government and those that serve the public.

Today is not that day.

Today we come to praise the Murphy Administration in achieving its goal of fully vaccinating 4.7 million adult New Jerseyans with the COVID-19 vaccine 12 days before its self-imposed deadline of June 30. Starting with the first shot in Newark on Dec. 15, 2020, the vaccine program is a shining example that the government can work on a grand scale to improve the everyday life of its citizens.

While it may seem as a given now, the totality of this accomplishment to fight the coronavirus pandemic should not be dismissed. As with most programs associated with the coronavirus in the last 15 months, the vaccine initiative had to be built from scratch. It started with frontline healthcare heroes and our most vulnerable, residents and staffers at seniors centers. It eventually built out to first responders, older New Jersey residents, and then those with underlying health conditions.

The running of the megasites themselves, spearheaded by those serving in the National Guard, were effectively and efficiently run. The repurposing of racetracks and unused mall locations enabled large numbers of North Jersey residents to receive their doses quickly and in an effective manner showed an out-of-the-box mind set that government officials should use more going forward.

The vaccine program is also an endorsement of public/private partnerships. We note the work of pharmacies such as CVS and Walgreens in their work to fully vaccinate residents in long-term care facilities that were so hard hit in the first days of the pandemic.

The accomplishments of New Jersey do not happen without federal help. From the Trump Administration’s push to fast track the vaccine approval process to the Biden Administration picking up the baton to make sure there was enough vaccine for anyone who wanted it, New Jersey does not reach its goal with their support.

As President Joe Biden’s COVID-19 Czar recently pointed out, the Garden State is considered a national model when it comes to deploying the vaccine. New Jersey is the largest state in the top five of state vaccination rates.  That does not mean we can not remain vigilant and we are heartened to hear Gov. Murphy states the push to get the vaccine to underserved communities will continue.

Lastly, two groups of people deserve our thanks. The first is to employees of the New Jersey Department of Health, led by Commissioner Judith Persichilli, who did the planning and made sure the execution was carried out to reach our goals. But as importantly it goes to the overwhelming majority of New Jersyans who got the shot. We do not reach this milestone without those who live, work and go to school here making sure they received their shots.

It is easy to lose perspective on where we are and where we came from. The role of the government in getting 70% of New Jersey residents fully vaccinated is one that should not be overlooked and serve as a blueprint going forward.

In A Step Toward Making Schools Safer, The ALYSSA Act Introduced in Washington by Rep. Gottheimer