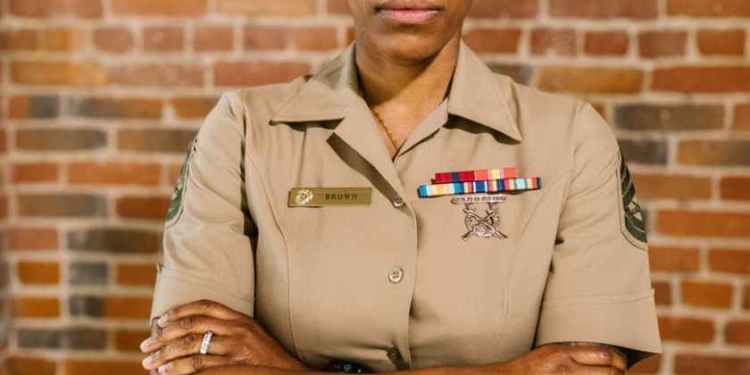 A trio of bills designed to help veterans homes in the wake of the coronavirus pandemic were passed by the Assembly Military and Veterans Affairs Committee.

The three pieces of legislation were crafted in response to conditions at the facilities at the beginning and height of the coronavirus pandemic in New Jersey, with provisions designed to provide better information to families.

Additionally, resident advocates and weekly reports would be required under two of the three pieces of legislation. The proposed laws were put together following the deaths of 200 New Jersey veterans at these facilities during the pandemic.

“Over the past year, we have spoken with family members, staff, and other individuals involved in our state veterans’ homes to gain a better understanding of how we can prevent the tragic loss of life that took place during the COVID-19 pandemic from ever happening again,” said Assemblywoman Valerie Vainieri Huttle (D-37).

Under all the bills, the state’s Department of Military and Veterans Affairs would be responsible for implementation and maintenance of the new rules.

Assembly members Vincent Mazzeo (D-2), John Armato (D-2), and Annette Chaparro (D-33) introduced legislation that would assign a resident advocate to each facility in the state.

The advocate would act  as a liaison between the home and its residents, and would be readily available to receive complaints from residents and respond to any concerns or grievances they may have. The advocate would have the ability submit those concerns to the New Jersey Long-Term Care Ombudsman.

“The veterans in our memorial homes may not always be in a position to advocate for themselves and might need someone else to advocate on their behalf,” saidChaparro is a press statement with her two Assembly colleagues. “Assigning a resident advocate to each home to serve as a point of contact for our veterans will make it easier for them to share any concerns or grievances they may have.”

“After everything our veterans have done for this country, they have earned our utmost respect and gratitude. A resident advocate in these homes will help ensure our veterans receive the proper care and treatment they deserve.”

One of the bills would address issues families had with accessing information on residents during the height of the pandemic. It would mandate quarterly meetings with veterans’ guardians.

Additionally, legislation sponsored by Vainieri Huttle with Assemblywomen Linda Carter (D-22), and Cleopatra Tucker (D-28) would mandate weekly reporting on the status of veterans facilities when under a public health emergency.

“One of the key takeaways was the importance of timely and transparent communication,” saidVainieri Huttle in a joint statement with Carter and Tucker. “If state officials are left in the dark about how our veterans’ homes are handling a crisis, they cannot provide assistance to help manage and mitigate its effects.

The report would include information on the number of residents and staff in each home, any significant health risks they face, and the amount of personal protective equipment available to them in addition to information on any changes in operating procedures due to the public health emergency.

“Requiring weekly reports on the status of these facilities during a public health emergency would ensure the Department of Health receives the information it needs to help save the lives of our veterans in the event of any future emergencies,” said the Assemblywomen.

The bills come in the wake of the The Wall Street Journal reporting that eight of the nine senior managers who earned too much to qualify for coronavirus-related hazard pay at New Jersey’s state-run veterans nursing homes received it anyway and more widely than previously acknowledged. Agency emails reportedly showed nursing-home managers procured the payments after being repeatedly told that they were ineligible.

Paramus and Menlo Park veterans homes have been under investigation by the New Jersey Attorney General’s Office since September 2020. Detectives for the Bergen and Middlesex county prosecutor’s offices working on the attorney general’s probe interviewed relatives of deceased veterans-home residents and a veterans-agency employee this Spring.

As of June 21, the cumulative number of confirmed coronavirus cases in New Jersey was 891,483 with 126 total new PCR cases reported. There were 42 probable cases, bringing the cumulative total of antigen tests to 129,825. The total number of individual cases for the state is 1,021,308.

As for those that have passed, the state reported three new deaths, bringing that total to 23,687. The state listed probable deaths at 2,690, bringing the overall total to 26,377. State officials noted three deaths occurred in the last 24 hours of reporting that has not yet been lab confirmed.

Officials reported 305 patients were hospitalized; 233 cases were confirmed and 72 are under investigation. By region, there were 135 in the North, 89 in the Central and 81 in the South.

Of those hospitalized, 64 are in intensive care units and 32 on ventilators. A total of 27 patients were discharged, while 33 were admitted.

Another 716 cases are still under investigation to determine where the person resides.

Health officials noted 38 long-term care facilities are currently reporting at least one case of COVID-19, accounting for a total of 1,344 of the cases, broken down between 388 residents and 694 staff.

The state’s official death total will now be reported as those that are lab confirmed, sits at 8,060 on June 21. The facilities are reporting to the state 7,877 residents deaths and 144 staff deaths.