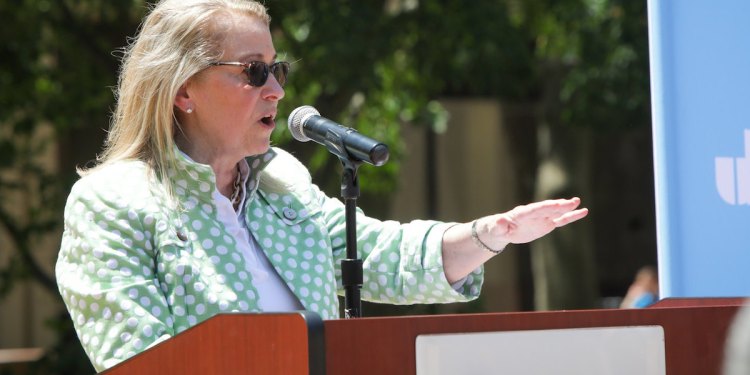 State officials warned that the Delta variant of the coronavirus will be the driving force of new cases in New Jersey in the coming months.

“For those who have yet to be vaccinated or fully vaccinated, there’s reason to be concerned about the increase in the highly transmissible variant…known as the Delta variant,” said New Jersey Department of Health Commissioner Judith Persichilli at a press briefing June 21 of the variant first seen in India.

“COVID-19 is now largely a disease of the unvaccinated. If you are not vaccinated, you are at risk for getting infected, particularly with one of the variants of the virus that spreads more rapidly and results in more serious disease,” statedPersichilli.

Persichilli cited former FDA Commissioner Scott Gottlieb in noting the Delta variant is between 40% and 60% more transmissible and could become the dominant strain in the U.S. sometime next month. While this variant has increased in New Jersey recently, it is currently a minority of the variants that state officials are seeing—about 7.3% of the variants that have been sequenced in the last four weeks.

Detected in at last 66 countries, the Center for Disease Control and Prevention recently upgraded the coronavirus mutation to a variant of concern. The federal agency estimates that it may be responsible for nearly 10% of all new COVID-19 infections in the United States—and 20% in some Western states.

The health commissioner said state officials are monitoring the impact the Delta variant is having in the UK as a way to combat it in the Garden State.

“We do expect to see it increase in our state; however, the vaccines authorized for use in the United States have been reported to be effective against the Delta variant as well as other variants,” saidPersichilli.

In one recent study, researchers in the UK found that a two-dose regimen of the Pfizer vaccine was 88% effective against symptomatic disease from the Delta variant.

Department of Health Medical Director Dr. Edward Lifshitz said COVID-19 vaccines overall are “extremely effective…(they) are looking to be very effective against these variants as well.”

“As Dr. Fauci says, if you are vaccinated, you’re going to be protected, which is another very good reason to encourage people strongly to get vaccinated,” added Persichilli. “While we are not seeing any significant impact from the Delta variant at this time (as) there is a lag between a few weeks of analysis and reporting of the variants. We’re being vigilant every day to review that information.”

Gov. Phil Murphy reiterated the new cases being encountered now are “almost entirely driven by the unvaccinated among us. There’s a direct correlation between our increasing vaccination numbers and our decreasing infection and hospitalization numbers. I cannot put it anymore directly.”

“With the emergence of the more transmittable variants, the time to get vaccinated is now. We cannot risk any COVID brush fires in any communities where vaccinations lag.”

As of June 22, the cumulative number of confirmed coronavirus cases in New Jersey was 891,644 with 182 total new PCR cases reported. There were 83 probable cases, bringing the cumulative total of antigen tests to 129,910. The total number of individual cases for the state is 1,021,554.

As for those that have passed, the state reported 15 new deaths, bringing that total to 23,702. The state listed probable deaths at 2,690, bringing the overall total to 26,392. State officials noted three deaths occurred in the last 24 hours of reporting that has not yet been lab confirmed.

Officials reported 302 patients were hospitalized; by region, there were 130 in the North, 85 in the Central and 87 in the South. Of those hospitalized, 55 are in intensive care units and 32 on ventilators. A total of 27 patients were discharged.

Another 716 cases are still under investigation to determine where the person resides.

Health officials noted 35 long-term care facilities are currently reporting at least one case of COVID-19, accounting for a total of 959 of the cases, broken down between 308 residents and 651 staff.

The state’s official death total will now be reported as those that are lab confirmed, sits at 8,060 on June 22. The facilities are reporting to the state 7,877 residents deaths and 144 staff deaths.