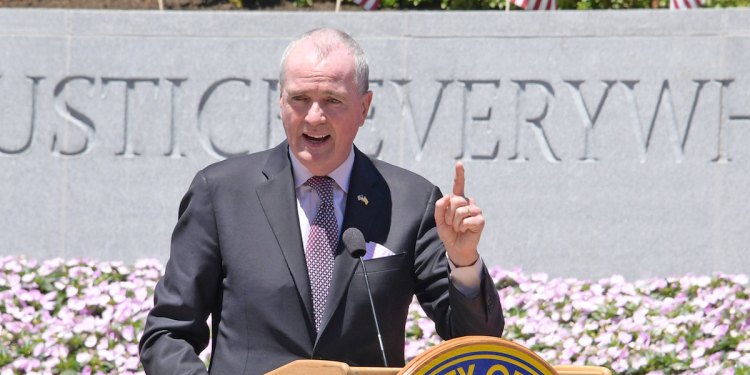 Gov. Phil Murphy continues to hold a sizeable lead over Republican nominee Jack Ciattarelli in their November matchup for Governor in New Jersey, according to the latest FDU Poll, which found Murphy leading his GOp challenger by 48% to 32% margin.

The poll, which asked half of respondents to pick between Murphy andCiattarelli and the other half to choose between Murphy and an unnamed Republican opponent, found no difference in support for the sitting governor.

The results followed a Rutgers-Eagleton Poll earlier this month which reported 52% of New Jersey voters would choose Murphy in a head-to-head competition withCiattarelli, who only garnered 26% of the vote in the survey.

Most notably, the FDU Poll found 50% of New Jersey residents had a favorable view of the job Murphy has done while in office, compared to just 39% holding an unfavorable view. This support could help him, as the election is widely seen as a referendum on his ability in navigating the coronavirus pandemic.

Despite winning the Republican nomination,Ciattarelli remained a relative unknown among most New Jersey voters, according to the FDU Poll.

While 16% viewed him favorably and 14% thought of him negatively, 70% said they didn’t know enough about him to have an opinion at all.

Even more, a full 17% admitted not having heard of him ever before. Among the Republican base, 57% said they did not have an opinion of their candidate.

“Ciattarelli has his work cut out for him,” said Dan Cassino, a professor of Government and Politics at Fairleigh Dickinson University and the Executive Director of the poll. “Being unknown is better than being disliked, but running ads in New Jersey to build up awareness is an expensive proposition.”

The FDU Poll largely confirmed the prior Rutgers poll, which found 75% of Garden State residents either had no opinion of Ciatterelli, or did not know him.

When mentioning former President Donald Trump,Ciattarelli’s support was not significantly impacted.Ciattarelli on the campaign trail ha sought to both support the issues Trump backed while distancing himself from some of the more controversial aspect of the Trump presidency.

Murphy led the vote 45% to 33% when Trump was brought up before asking about the gubernatorial race; when asked about Trump after, Murphy’s led climbed to 52% to 33%.

“Trump remains popular among Republicans in New Jersey,” said Cassino. “But, as in past elections, Trump doesn’t seem to have coattails: bringing him into an election doesn’t help the other Republicans on the line at all.”