by Rafael Navarro
in Court, Trenton
0 0
0 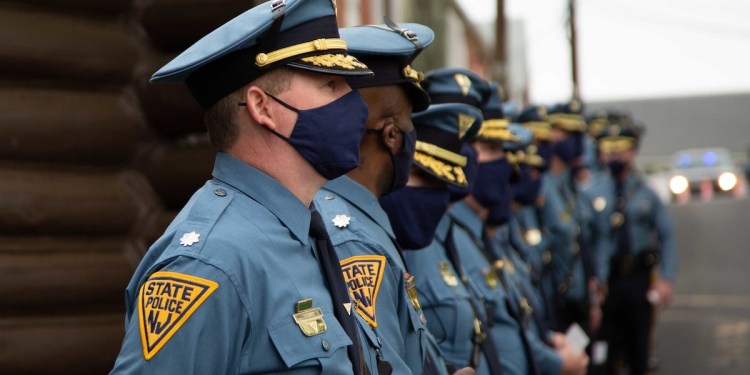 Since April, New Jersey state lawmakers from both sides of the aisle have introduced and supported a number of bills intended to provide police reform in the state.

On June 21, a bill sponsored by 24th Legislative District GOP Assemblyman Hal Wirths and Parker Space to end police departments from using the number of tickets issued or arrests made in an officer’s performance evaluation passed that governing body.

Currently, agencies can use such data when evaluating officer performance. State law, however, does ban police departments from establishing arrest and ticket quotas.

“Our dedicated law enforcement officers who put their lives on the line every day should be focused on protecting and serving the public. It’s unfair to factor the volume of citations and arrests into an officer’s performance evaluation when we did away with quotas decades ago,” Wirths said.

“There are much more effective performance measurements like decision-making abilities, response times and work ethic.”

Law enforcement agencies have used the number of citations and arrests when deciding who gets promoted, demoted, awarded or disciplined, according to the New Jersey State Policemen’s Benevolent Association (NJPBA).

“By factoring arrests and tickets into performance evaluations, law enforcement agencies are in effect embracing quotas. Our men and women in blue deserve to be promoted based on merit, not outdated and banned quotas,” Space said. “Quotas are illegal because they harm communities and their relationships with law enforcement. It’s time to close the loophole.”

Under the bill, law enforcement agencies could forward arrest and citation data to the superintendent of state police for inclusion in the Uniform Crime Report. The bill, passes by the State Senate in January, now heads to the governor’s desk.

On May 20, a bill that would create a police employment database passed the Assembly. The bill (A4379), sponsored by Assemblywoman Serena DiMaso (R-13), requires the State Police to create a database that will house records from all law enforcement agency applicants. That information will include applicants’ names, positions applied for, employments offers and reasons for rejection.

“Our own State Police commissioner has said the number of applicants has dwindled exponentially in the last several years,” DiMaso said. “At this critical time, with such a small pool to hire from, we need to ensure that departments are hiring only the best of the best, especially smaller departments that already have problems retaining and vetting officers due to lack of resources.”

The bill seeks to ensure that only top-notch candidates join the ranks of the men and women in blue, according to the Assemblywoman. Those who have been passed up will be prevented from shopping around for jobs with other police departments and agencies; currently, there is no way for an agency to know if another agency rejected an applicant.

Agencies can share internal files with other agencies only regarding already-employed police officers. The state’s Attorney General’s office will be responsible for developing reporting and privacy guidelines, a move supported by the NJPBA.

“This registry will ensure that a few ‘bad apples’ are held accountable for their actions versus entire departments of great men and women who answer the call to keep us safe,” DiMaso said. “The public deserves to have the confidence that only such great men and women are patrolling our streets and answering calls.”

In an effort to continue to diversify New Jersey’s law enforcement ranks, Senate President Steve Sweeney (D-3) and State Sen. M. Teresa Ruiz (D-29) introduced a bill in April that would establish a grant program for alternative police officer training for those with a demonstrated financial need.

The measure follows a Sweeney-sponsored bill signed into law earlier this year that permits a municipality to exempt entry-level law enforcement officers from the Civil Service examination requirement—an exemption that will serve to increase diversity in the ranks, so that it better reflects the state’s population.

“Before we can begin to more proactively diversify the ranks of our law enforcement officers, we must make sure all those who have the desire and discipline to wear the uniform, to ‘serve and protect,’ have an equal opportunity to do so,” said Sweeney. “This grant program will allow the best and brightest of New Jersey to compete fairly, and be able to undergo the training required without having to fret over its cost.”

A newly appointed board will identify and recruit potential candidates who stand in need of financial aid. That aid will include paying the costs of training that may be charged by the Police Training Commission or other approved schools. Applicants would have to demonstrate financial need, and would be required to have been a resident of the state for at least 12 months before receiving the grant.

“We removed a significant barrier to entry for aspiring law enforcement officers when we lifted the civil service requirement. Still, there is more that needs to be done to ensure our police forces accurately reflect the diversity of our state,” said Ruiz. “This legislation will work to remove financial barriers standing before people who wish to protect and serve the people of New Jersey.”