by Mikayla Kelly
in Court, Trenton
0 0
0 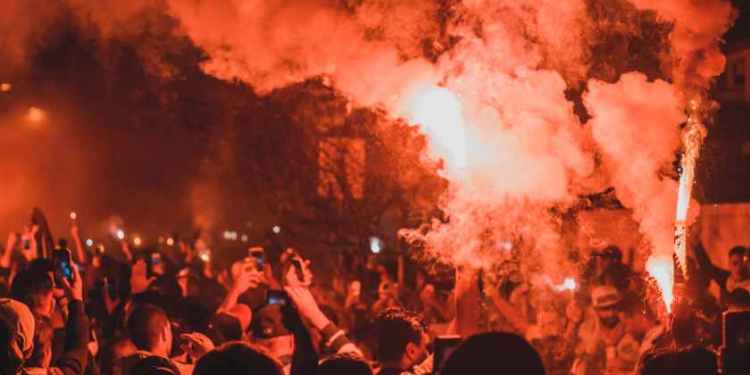 “What happened last weekend had nothing to do with partying and having a good time,” Pennacchio (R-26) claimed. “It was lawlessness, and there is no appetite for that kind of behavior in New Jersey. Our police and law enforcement deserve credit for ensuring things didn’t get even more dangerous, but the situation was extremely volatile and had the potential to get out of control.”

What started as a large party the night of June 19, quickly spiraled into whatPennacchio and Singers said was violent mayhem, putting visitors at risk. Long Branch is a frequent tourism spot in the Garden State during the Summer months for beachgoers.

A Clear Definition of “Riot”

“Our shore economy is crucial to the state, and it won’t take many episodes like the random intimidation and rowdy behavior displayed in Long Branch to collapse one of New Jersey’s most valuable sectors,” Singer (R-30) noted. “Tourism, especially Summer tourism, depends on families traveling here with their children and friends for vacation.”

According to Pennachio and Singer, not only will this bill broaden the legal definition of,“riot,” but it increase the penalty for those who commit crimes during a riot.

“You don’t have to look any further than Portland to see what can happen if you allow this kind of behavior to continue,” Pennacchio added. “Doing nothing is not an option. The consequences of inaction are too severe.”

The sponsors of the bill said the goal of the bill is to strengthen riot regulations as soon as possible as a way to avoid the worst case scenario of chaos and lawlessness.

The categories of riot will now include, aggravated riot, inciting a riot and aggravated inciting a riot. The presumption of non-imprisonment for a first offense of a crime of the third degree would no longer apply and a mandatory sentence of six months in jail would be applied to anyone throwing an object emergency personnel.

Additionally, a person could be charged with criminal mischief if they deface or damage a memorial or historic property worth more than $200.

The proposed law would allow law enforcement to respond in the way they see fit to protect the public. If elected officials were to overrule police, the municipality would be civilly liable for any damages including damages arising from personal injury, wrongful death, or property damages.

Finally, anyone who chooses to electronically publish another person’ identification with the intent of inciting violence would be charged with a fourth degree crime. The State Senators said the intent is to combat cyber-intimidation by publication.

According toPennacchio, the bill is based on one recently signed into law by Florida Gov. Ron DeSantis.