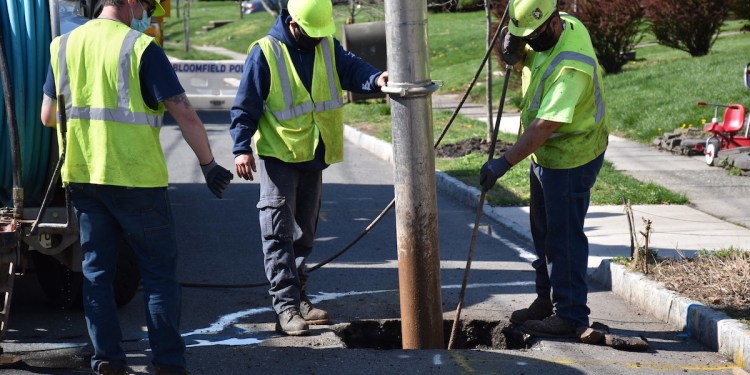 According toRep. Tom Malinowski, the bill, a core piece of President Joe Biden’s American Jobs Plan, will invest hundreds of billions of dollars in America’s roads, bridges, tunnels, railways, and transit systems; creates good-paying jobs while meeting the challenge of climate change; and includes several of the congressman’s legislative initiatives to fund the Gateway Program.

“I came to Congress to get something done for New Jersey commuters struggling to get to work each day, and got on the House Transportation and Infrastructure Committee for that purpose,” said Malinowski on June 10 the day the bill was passed by the House committee.

The bills advancement comes during a time where an agreement on infrastructure between a group of 10 Democrats and Republicans was reached. Recently, the bipartisan Problem Solvers Caucus released a bipartisan plan in hopes of reaching a compromise.

Additionally, the committee adopted an amendment from Malinowski to support the development and deployment of construction materials that capture and store greenhouse gases from the atmosphere.

The congressman has stated carbon capture and storage will need to be a central part of any comprehensive strategy to address climate change, and the amendment will help states develop the standards they need to procure and use these materials as they become available.

Among other provisions, the INVEST in America Act:

Additionally, the proposed law makes it easier for states to finance their portion of infrastructure projects and ensures that highly-flammable liquified natural gas is not moved through crowded neighborhoods in rail tank cars that are ill-equipped to safely carry it.

The bill addresses other safety-related issues that Malinowski has championed as a member of the Transportation and Infrastructure Committee, including provisions to ensure that frontline transit workers have strong workplace safety protections in place; that Amtrak’s police force is adequately staffed; and that freight trains are prohibited from blocking highway-rail grade crossings for extended periods of time, which can inconvenience commuters and prevent first responder vehicles from quickly reaching those in need.

“This bill funds New Jersey’s core highway and transit needs, including the Gateway project, while capitalizing on the enormous economic opportunity before us to lead the global transition to a clean energy future,” statedMalinowski.

OPINION: A Return to Our Rituals