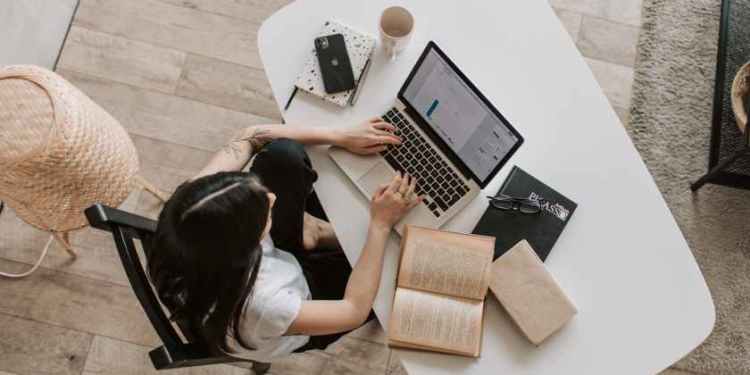 The coronavirus pandemic has prompted what seems to be a permanent change in work life practices for at least a quarter of New Jerseyans, according to newly released survey results from Fairleigh Dickinson University.

Half of New Jersey workers began teleworking during the pandemic, according to the Madison-based university’s poll of Garden State voters. Even though most New Jersey adults are now vaccinated against COVID-19, only 27% of workers who started working from home say that they’ve started going back to the office full-time and 26% of those now working from home say they don’t think they’ll ever be back in their workplace.

This fundamental change in work habits will have a big effect on transit, government, and budgets in New Jersey, according to Dan Cassino, a government and politics professor at Fairleigh Dickinson University who led the research.

“We all thought the shift to working at home was going to be temporary, but more than a quarter of the people who started working from home are never going back,” Cassino said in a June 25 press statement that outlined the poll’s findings. “The ripple effects of this are huge: this means that we have to rethink funding for mass transit, tax agreements with New York, even demands on the electrical grid.”

New Jersey is not the only state seeing a pandemic-prompted shift in work habits. The Fairleigh Dickinson survey’s findings echo findings of broader research on COVID’s effect on Americans’ work life.

The Pew Research Center released findings in December 2020, saying that prior to COVID, just one in five workers said they teleworked all or most of the time. “Now, 71% of those workers are doing their job from home all or most of the time. And more than half say, given a choice, they would want to keep working from home even after the pandemic,” Pew said in its report.

Women were more likely than men to say that they worked from home part-time (22%) or full time (32%). More educated workers were more likely to have been working from home during the pandemic. The poll found that 70% of workers without a college degree kept going to their workplace during the pandemic, compared to just 36% of those with a college degree.

FDU said that 9% of poll respondents who were employed at the start of the COVID-19 pandemic say they no longer are working. This group of now non-working respondents included more than twice as many women (12%) than men (5%). Workers with a college degree were more likely to say that they’re still working from home (40%) than those without a college degree (22%).

“The pandemic really exacerbated a lot of the inequalities that were already in the system,” Cassino said. “Some people came out fine, but less educated workers were less able to move to remote work. Women were less able to balance remote work with the demands of household labor.”

The poll found that 67% of Democrats say they’re still working from home at least some of the time, compared to 49% of Republicans.

“We talk a lot about splits in views of the pandemic, but it’s not all people just mindlessly reflecting their party,” Cassino said. “The lived experience of the pandemic has been very different for Republicans and Democrats, and that has to be shaping views as well.”

FDU researchers looked at the 26% of workers who said they don’t expect to ever go back into the office and found that many of these workers previously commuted from New Jersey to New York City or Philadelphia. Their absence means that government and businesses in those areas will have to adapt, as will mass transit, which can expect fewer riders than in the past, FDU said in explaining the poll’s findings.

‘Trains and Buses Cost the Same’

FDU noted that the 10% of New Jersey workers who say they use mass transit for their commute is a group that includes more college-educated workers than other workers. With these workers being disproportionately likely to work from home going forward, mass transit may get less crowded, but lower ridership complicates funding for the system, which is often based on the number of riders.

“Trains and buses cost the same to run no matter how many people are on them,” Cassino said. “If a lot of commuters are staying home, someone is going to have to start paying more to keep things going.

The survey of 803 registered New Jersey voters was conducted between June 9 and June 16.

As of June 29, the cumulative number of confirmed coronavirus cases in New Jersey was 892,876 with 265 total new PCR cases reported. There were 75 probable cases, bringing the cumulative total of antigen tests to 130,324. The total number of individual cases for the state is 1,023,200.

As for those that have passed, the state reported six new deaths, bringing that total to 23,746. The state listed probable deaths at 2,698, bringing the overall total to 26,444. State officials noted two deaths occurred in the last 24 hours of reporting that have not yet been lab confirmed.

Officials reported 293 patients were hospitalized; by region, there were 157 in the North, 71 in the Central and 65 in the South. Of those hospitalized, 52 are in intensive care units and 29 on ventilators. A total of 35 patients were discharged.

Another 721 cases are still under investigation to determine where the person resides.

Health officials noted 25 long-term care facilities are currently reporting at least one case of COVID-19, accounting for a total of 595 of the cases, broken down between 224 residents and 371 staff.

The state’s official death total will now be reported as those that are lab confirmed, sits at 8,062 on June 29. The facilities are reporting to the state 7,891 residents deaths and 144 staff deaths.