by Kimberly Redmond
in Court, Trenton
0 0
1 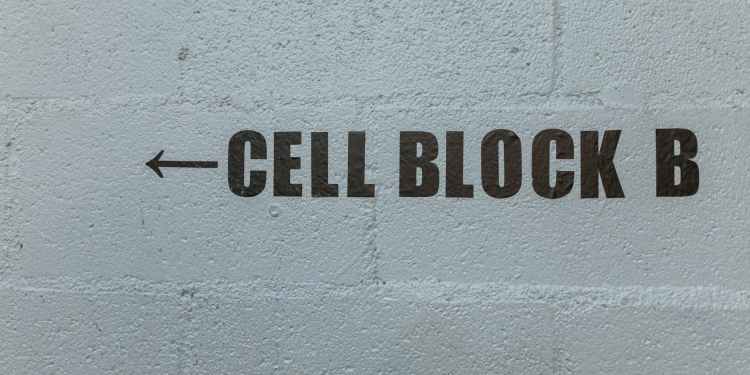 After advancing in the New Jersey State Legislature, a bill that would limit correctional facilities from entering into new contracts to house federal immigration detainees is heading to Gov. Phil Murphy’s desk.

Following passage of the legislation in the Assembly on June 21, the Senate approved its version of the bill three days later.

Besides barring new agreements, the measure would also prohibit state and local agencies, as well as private jails, from renewing deals with U.S. Immigration and Customs Enforcement (ICE) to hold individuals on civil immigration violations.

The legislation, which has the backing of several North Jersey legislators, came in response to an October 2020 request from ICE for new detention space to hold up to 900 more detainees in the state.

Senate Majority Leader Loretta Weinberg (D-37) noted New Jersey has for generations been a landing spot for new immigrants from all over the world to become neighbors and friends of North Jersey residents.

“County jails and other entities should be used to house people accused of real crimes, not to hold undocumented immigrants, and thereby needlessly separating them from their families, ” stated Weinberg, the bill’s sponsor.

Assemblyman Gordon Johnson (D-37), a primary sponsor, added “It is time for the detainment of undocumented immigrants in our state to come to an end. The fundamental principle here is that no one should ever be put behind bars due to their immigration status.”

“As a state and a nation that is a proud melting pot of cultures, creeds and ethnicities, that kind of treatment does not align with our values or our history,” said Johnson, a former Bergen County Sheriff.

In the Garden State, county jails in Essex, Hudson and Bergen counties, as well as a private detention center in Union County, have agreements with ICE to hold detainees.

In recent weeks, however, officials in the three North Jersey counties have said they would start winding down those detentions in some capacity.

Advocates have long fought against the practice, especially as the number of detainees surged under the Trump administration’s immigration crackdown. Last year, immigrants being held at Bergen County Jail in Hackensack made headlines after their hunger strike sparked protests.

In a statement following last week’s vote, State Sen. Nia Gill (D-34), a co-sponsor of the bill, said, “Allowing ICE to house detainees in New Jersey jails is a tacit approval of an immigration policy that tears apart families, destabilizes communities and even deports parents of United States citizens. Detainees are denied due process as well as adequate medical treatment.”

“These policies continue the systemic racism of the incarceration of black and brown people.”

NJ Spotlight noted that vote in the legislature comes as the immigration population held on civil-immigration violations continues to trend downward.

In the most recent count, ICE had 108 detainees at the Essex County jail, 42 in Bergen, and 41 in Hudson as well as 106 at a private facility in Elizabeth. A 2018 WYNC report found that between January 2015 and March 2018, Bergen, Essex and Hudson counties collected more than $150 million from ICE, which pays the counties between $110 to $120 per day to house detainees.

If Murphy signs off on the bill, New Jersey will become the fifth state in the country banning contracts to house federal immigration detainees. Virginia, California, Michigan and Illinois have all passed similar legislation.

Immigrant advocacy groups, including the New Jersey Alliance for Immigrant Justice, applauded the bill’s passage. The non-profit’s executive director Amy Torres touted the bill as a chance for the Garden State to position itself as a “national leader.”

“The statewide ban would confirm the message that continues to be raised at the local level—profiting off of pain and family separation contradicts New Jersey values,” Torres said in a statement. “Most importantly, banning future ICE detention grants advocates and attorneys the necessary breathing room to fight for releases and put an end to our state’s existing agreements without the threat of a new contract burying our efforts.”

The American Civil Liberties Union of New Jersey celebrated the vote, issuing a statement from its policy director Sarah Fajardo.