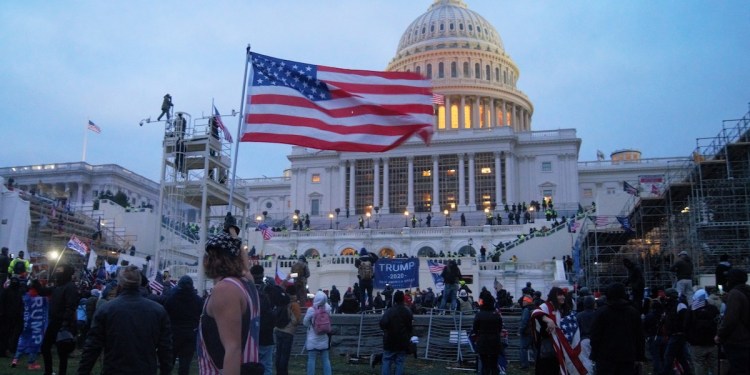 After the U.S. Congress could not agree on whether to assemble an independent commission to investigate the Jan. 6 violence at the U.S. Capitol, a Monmouth University poll found Americans similarly are split on whether a commission is needed and on how to even describe what happened that day.

The poll preceded the House of Representatives passing a bill on June 30 creating a House select committee to probe what happened Jan. 6. The House voted mostly along party lines,—222 to 190, with only two Republicans joining the Democrats —to create a select committee to investigate the Jan. 6 riot at the Capitol with an inquiry into security failures and the origins of the deadliest attack on Congress in centuries.

Under a plan devised by Speaker Nancy Pelosi, the 13-member panel will be dominated by Democrats, with eight members to be named by the majority party and five with input from Republicans. The select committee, which will have subpoena power, will investigate “the facts, circumstances and causes relating to the Jan. 6, 2021, domestic terrorist attack” by a pro-Trump mob, according to its organizing resolution.

Pelosi’s action follows Democrats efforts to launch an independent commission to investigate what happened on and leading up to Jan. 6 thwarted by U.S. Senate Republicans. In a June 28 statement, Pelosi said she was acting to create a select committee because, “Sadly, as of last week, there remains no prospect for additional votes from Republican Senators to create the National Commission to Investigate the January 6th Attack on the United States Capitol Complex.

“January 6th was one of the darkest days in our nation’s history.  It is imperative that we establish the truth of that day and ensure such an attack cannot again happen,” Pelosi said. “The Select Committee will investigate and report upon the facts and causes of the attack and report recommendations for preventing any future assault.”

Monmouth University Poll respondents were asked what to call the violence at the U.S. Capitol on Jan. 6 when a group of supporters of then-President Trump—upset over his loss to now-President Biden—stormed the building, seeking to stop lawmakers from certifying Biden’s election win. Among respondents, 72% said “riot” was an appropriate word for what happened, and 56% said it would be appropriate to refer to it as an “insurrection.”

“Most Americans agree that the violence at the Capitol was not a legitimate protest. Whether it rises to the level of an insurrection depends on which side of the aisle you sit,” said Patrick Murray, director of the Monmouth University Polling Institute on the results of the nationwide telephone poll of 810 adults conducted from June 9 to June 14.

Meanwhile, 73% of Democrats favored a commission, up from 62% in March.

“Back in March, Republicans may have been more hopeful that a wide-ranging investigation could raise questions about the legitimacy of Biden’s victory. It might be that their support for an independent commission has waned as that likelihood faded,” said Murray.

The poll found that 43% of Americans were aware of the U.S. Senate report on the Jan. 6 U.S. Capitol violence released June 1. Just 47% of respondents said they trust that the Senate report is thorough and accurate. More Democrats (64%) than Republicans (49%) express at least some trust in the Senate’s report, but independents (35%) are the least confident in its thoroughness and accuracy, Monmouth University said.

If an independent commission is formed, the poll found that clear majorities would approve of it looking into the growth of militant groups in the country (74%), the role that white nationalism played in the incident (68%), whether former President Donald Trump played a role (66%), and potential voter fraud in the 2020 election (58%).

Monmouth University said that this is in addition to widespread support for having the commission examine the failure of U.S. Capitol Police to prepare for the violence (81%). These results are nearly identical to findings from Monmouth’s earlier, March 2021 poll, except for the question about Trump’s involvement, which was not asked in the prior poll.