by Kimberly Redmond
in County, Trenton
0 0
1 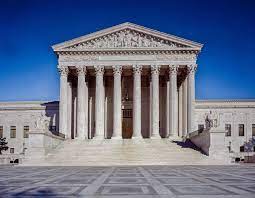 After the U.S. Supreme Court’s refusal to hear a New Hampshire lawsuit that could have impacted whether New Jersey’s remote workers can have their income taxed by other states, calls are growing for Gov. Phil Murphy to take a more aggressive stance in the Garden State.

On June 28, the Justices, without comment, rejected New Hampshire’s case against Massachusetts to address cross-border taxation. Had it gone forward to the nation’s highest court, its outcome could have determined the fate of how telecommuters are taxed in several states.

After the court declined, Murphy said he was “disappointed” and that his administration was considering his options. He also vowed to “fight for New Jersey commuters and New Jersey taxpayers.”

Prior to the coronavirus pandemic, nearly a half million New Jerseyans commuted into New York for work. Now, as recovery from the pandemic continues, many New York-headquartered businesses in the process of closing or downsizing office space, more New Jersey-based employees are finding themselves part of a permanent remote workforce.

As a result, hundreds of thousands of New Jersey residents are still subject to having their incomes taxed even though they are working from home.

New Jersey has had a longstanding reciprocal agreement with neighboring Pennsylvania that allows telecommuters and commuters in each state to pay income taxes based on where they reside, not where their employers are headquartered.

But, no such arrangement is in place between New Jersey and New York.

Since New Jersey provides residents with a dollar-for-dollar tax credit for income taxes paid to New York, ending the interstate taxation could generate between $900 million and $1.2 billion in new revenue annually, according to New Jersey State Treasurer Elizabeth Maher Muoio.

State Sen. Steve Oroho (R-24), who has been leading the charge against the taxing relationship, said, “New York’s ‘convenience of the employer’ rule may have made sense in the era of typewriters and wall phones, but it doesn’t make sense when a worker with a cell phone and the Internet can do their job from their dining room table. Times have changed and our tax rules need to be modernized to reflect that.”

In a June 28 statement, Oroho criticized Murphy for not “doing enough to end New York’s unfair taxation” and called on the governor to push back against the tax rules, saying it could steer much-needed revenue to New Jersey, as well as reduce income tax bills by half.

“The Supreme Court may not have wanted to issue a ruling on a temporary matter that might be resolved on its own,” said Oroho. “That doesn’t mean a direct challenge by New Jersey of New York’s perpetual taxation of remote work arrangements that have become permanent would be rejected. I would suggest it’s time for Gov. Murphy to stop hiding behind others and start defending New Jerseyans on his own.”

In April, Oroho teamed up with U.S. Rep. Josh Gottheimer in calling for new administrative federal tax policies to govern the taxation of remote work.

They sent a joint letter to the heads of the U.S. Treasury Department and Internal Revenue Service (IRS) seeking new administrative guidance to establish a nationwide fix for the issue—particularly as telecommuting becomes more accepted by companies.

“For many of our constituents, given modern technology, this shift to working from home may become a permanent arrangement with their employers,” their letter said. “Their hard-earned income tax should support their local community, not taken across state lines to be spent by a different state government with no connection or accountability to them, the taxpayer.”

Gottheimer also said bipartisan legislation is in the works to address the interstate taxation issue.

“But, it’ll take some time for a permanent fix to be signed into law, which is exactly why our residents need critical guidance from the Treasury and the IRS – and that is what we are asking for,” he said. “This will give our residents and our state the financial certainty and relief we need, especially as our communities recover from this pandemic.”

“Together, with more financial guidance from the federal level — something I’m fighting for for our families here in North Jersey — as well as Sen. Oroho’s leadership on this issue in the state legislature, and the State of New Jersey advocating for these issues in the Supreme Court, we’re all fighting back against New York. We need to keep more dollars in the pockets of our residents and we need to ensure our state gets the support we need,” he said.