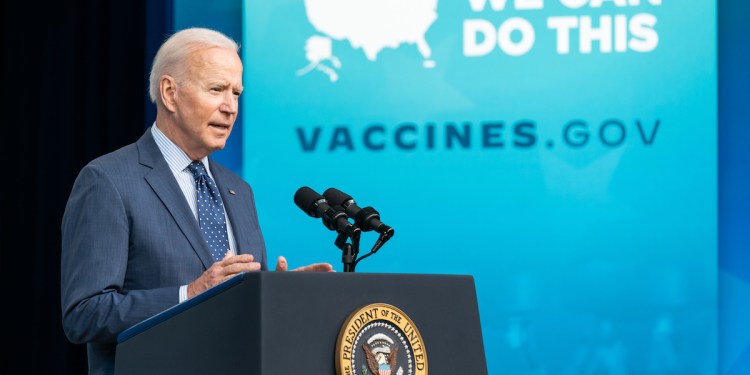 Crowd levels reported at pre-pandemic levels reported across New Jersey over the holiday weekend confirmed a recent Monmouth Poll: Public anxiety about contracting the coronavirus has plummeted since the beginning of the year and stands at its lowest level in 16 months.

But a majority of Americans still have some concern about another possible surge in cases if not enough people get vaccinated, with one in five adults remaining opposed to getting the shot.

“Vaccine access is certainly behind this sharp drop in COVID anxiety. The public is not saying we are out of the woods, but the sense of uncertainty is lifting,” said Patrick Murray, director of the independent Monmouth University Polling Institute.

The poll comes as President Joe Biden doubled down on coaxing people to get vaccinated as a voluntary approach that appears to have hit its limit for a large number of Americans who say they have no intention of taking the shot.

Faced with a steep decline in vaccination rates, President Biden said his administration would send people door-to-door, set up clinics at workplaces and urge employers to offer paid time off as part of a renewed push to reach tens of millions of unvaccinated Americans.

The federal push comes as poll numbers continue to decline about Americans worrying about a family member getting seriously ill from the coronavirus. Currently, 42% expressed concern about this happening. In prior polls since the pandemic started, that number ranged between 67% and 83%.

In that cohort, the number who say they are very concerned about a serious illness in their family from COVID-19 has dropped to 23% from 40% in March and a pandemic-era high of 60% in January.

The poll found decline is fairly consistent across demographic groups. There has been a slightly larger drop since January among women to 24% from 65% than among men to 21% from 54%. Among those 65 years and older, the decline (to 23% from 67% ) is comparable to those under 65 years old (to 22% from 58%). Concerns among White Americans declined to 17% from 55% in January and people of color to 32% from 70% have dropped by the same amount; the latter group remains relatively more worried about someone in their family falling ill from the virus.

Unsurprisingly, partisan identity is one characteristic that shows a significant difference in the rate of decline over COVID illness concerns, although this is partly due to the fact Republicans started out with lower levels of anxiety, according to Monmouth Poll officials.

Percentages who are very concerned about a family member getting a serious illness have dropped by 47 points among Democrats since January (to 32% from 79%) and 40 points among Independents (to 15% from 55%). It has declined by a smaller 21 points among Republicans to 20% from 41%.

Other poll findings suggest the country is approaching the point of maxing out its vaccination rate. Twenty one percent remain opposed to getting the vaccine at all—a number that has remained fairly consistent since the beginning of the year (ranging from 21% to 24%).

Outright opposition to getting the shot is most strongly correlated with one’s political affiliation.  Specifically, among the one in five Americans who say they will not get the vaccine if they can avoid it, 69% either identify with or lean toward the Republican Party while 13% identify as Democrats.

“We have seen this trend since vaccines became available. Opposition to getting the shot will not budge without stronger and more consistent messaging from GOP leaders about taking the vaccine,” said Murray. “However, it might be too late at this point since Republican distrust in the efficacy of COVID vaccines is abysmally low.”

“The difficulty with instituting an honor system is it’s already toothless when a significant chunk of the public was disregarding the rules to begin with,” said Murray.

As of July 7, the cumulative number of confirmed coronavirus cases in New Jersey was 894,224 with 240 total new PCR cases reported. There were 130 probable cases, bringing the cumulative total of antigen tests to 130,524. The total number of individual cases for the state is 1,024,748.

As for those that have passed, the state reported eight confirmed deaths, bringing that total to 23,781. The state listed probable deaths at 2,709, bringing the overall total to 26,490. State officials noted one death occurred in the last 24 hours of reporting that has not yet been lab confirmed.

Officials reported 310 patients were hospitalized; 237 cases were confirmed and 73 are under investigation. By region, there were 144 in the North, 88 in the Central and 78 in the South.

Of those hospitalized, 51 are in intensive care units and 23 on ventilators. A total of 28 patients were discharged, while 32 were admitted.

Another 730 cases are still under investigation to determine where the person resides.

Health officials noted 16 long-term care facilities are currently reporting at least one case of COVID-19, accounting for a total of 181 of the cases, broken down between 49 residents and 132 staff.

The state’s official death total will now be reported as those that are lab confirmed, sits at 8,063 on July 7. The facilities are reporting to the state 7,878 residents deaths and 144 staff deaths.