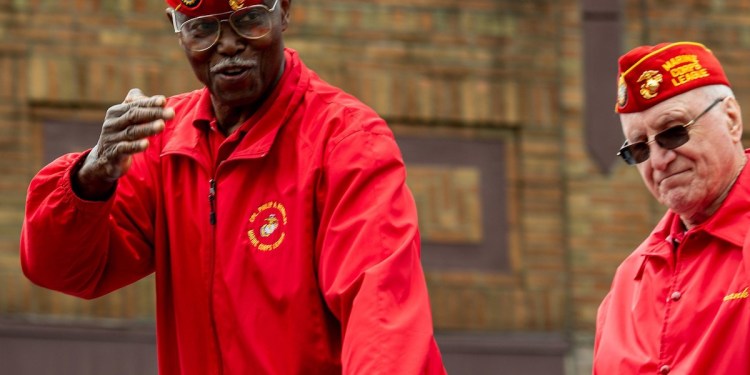 A series of bills sponsored by State Sens. Joe Lagana and Vin Gopal are being set in motion following the tragic death and devastation faced by the New Jersey’s veterans memorial homes during the coronavirus pandemic.

“During the height of the COVID crisis, close family members and guardians related to veteran residents were provided little or spotty information concerning the health and well-being of their loved ones,” said Lagana (D-38).

“This is unacceptable, and adds insult to injury for these families, who were kept in the dark too long about the health status of these veterans, and were often unable to attain even the most basic information about what type of treatment they were receiving,” added the North Jersey lawmaker.

Breakdown of the Bill

This new legislation is designed to include practical and effective reforms to better face health crises. The bills require veterans’ home administrators to have prior work experience in a clinical setting, attempt to establish greater communications with families and guardians, and create a higher level of transparency from the Department of Military and Veterans Affairs (DMVA), in hopes to prevent the same devastation caused by COVID-19.

“At the height of the COVID-19 pandemic, our Paramus and Menlo Park veterans’ memorial homes were Ground Zero for death and destruction at the hands of a virus unlike any we’ve seen in our lifetimes,” Gopal (D-11) explained. “Indeed, at those two homes alone, 191 residents and two caregivers died due to lax infection controls and other institutional missteps.”

“With this package of bills, we will codify into law needed reforms to put in place more safety, communication and transparency in these homes going forward.”

The sponsored bills, S-3904 and S-3906, will aim to promote better communication between the memorial homes and the veteran’s guardians, as well as requiring the homes to have either in person or remote quarterly meetings with the guardians.

A sister bill, S-3918, would make it mandatory for the Adjutant General of the DMVA to send weekly reports to the state health commissioner regarding the status of veterans’ homes during a public health emergency to allow for more effective planning and coordination.

There are two other sponsored bills. S-3905 would allow veterans’ guardians to remove the veteran from the home if they deem it is unsafe for them to continue living there during a health emergency. S-3907 requires the position of resident advocate at each veterans memorial home to uphold the veterans’ health and safety.

State Sen.Nilsa Cruz-Perez (D-5) sponsored S-3908, with the goal of better assessing the staff levels and quality of care at the veteran homes. It will be required that state veterans facilities provide payroll-based journal information to the New Jersey Long-Term Care Ombudsman.

“Given the obvious staffing confusion and deficiencies that became evident during the worst days of the pandemic, a better and more accessible database of staffing records is a long-needed reform that will lead to better health care outcomes and treatment for our veterans, and greater transparency,” Cruz-Perez explained .

“We must do whatever we can to never again see the horrific surge of death and illness at our veterans’ memorial homes, which occurred during the early days of the pandemic,” State Sen.Patrick Diegnan (D-18) said. “We must do better by our veterans, who have sacrificed for their country, and deserve the very best of care we can provide, and the very best leadership to make sure that mandate is carried out.”

Diegnan along with State Sen. Joseph Vitale (D-19) sponsored bills S-3903 and S-3909, to ensure that veterans’ homes are being staffed and operated under those with proper experience in the field of health crises.

Under the first bill, it will be required that the administrator and the assistant administrator at State veterans’ memorial homes have prior work experience in a clinical setting. The second bill will require the Director of Division of Veterans Healthcare Services in the DMVA to have prior clinical and long-term care experience.

“Everyone knew from early in the pandemic that the most vulnerable populations are in nursing homes and veterans’ homes. Going forward, we must give more attention and devote additional resources to these facilities,” saidVitale. “We must also make sure they are being run by people with proper credentials and work experience. We can’t allow these residents to be forgotten victims of the most tragic public health crisis of our time.”

The legislation in the State Senate follows the Assembly’s Military and Veterans Affairs Committee approving a trio of bills designed to help veterans homes. The three pieces of legislation are designed to provide better information to families.

Resident advocates and weekly reports would be required under two of the three pieces of legislation. A third would mandate weekly reporting on the status of veterans facilities when under a public health emergency.

As of July 9, the cumulative number of confirmed coronavirus cases in New Jersey was 894,823 with 358 total new PCR cases reported. There were 126 probable cases, bringing the cumulative total of antigen tests to 130,654. The total number of individual cases for the state is 1,025,477.

As for those that have passed, the state reported three confirmed deaths, bringing that total to 23,787. The state listed probable deaths at 2,709, bringing the overall total to 26,496. State officials noted three deaths occurred in the last 24 hours of reporting that have not yet been lab confirmed.

Officials reported 316 patients were hospitalized; 237 cases were confirmed and 73 are under investigation. By region, there were 154 in the North, 95 in the Central and 67 in the South.

Of those hospitalized, 58 are in intensive care units and 23 on ventilators. A total of 44 patients were discharged, while 32 were admitted.

Another 723 cases are still under investigation to determine where the person resides.

The state’s official death total will now be reported as those that are lab confirmed, sits at 8,063 on July 9. The facilities are reporting to the state 7,878 residents deaths and 144 staff deaths.