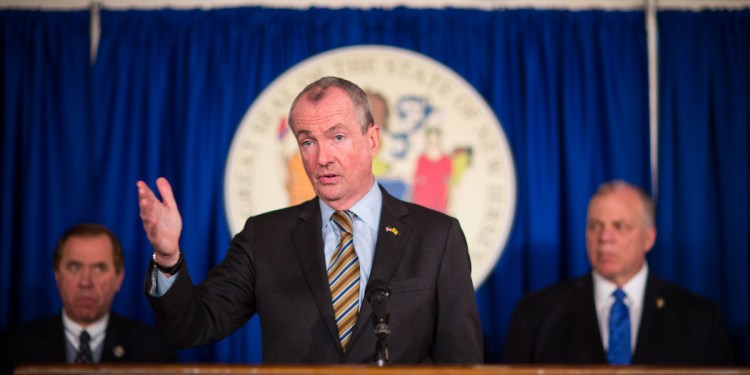 State Sen. Joe Pennacchio continues to push for an examination of the decisions state officials made at long-term care facilities in the early days of the pandemic.

“For the 10,000 residents who died in New Jersey nursing homes and their families, life will never be ‘normal’ again,” commented Pennacchio (R-26) in a recent press statement. “How was it decided to lock elderly patients inside buildings where the virus was running wild? Who was advising the (Murphy) Administration, and what were they saying?”

Pennacchio has pressed since May 2020 for an investigation by a bipartisan State Senate Committee. Unable to get any agreement from Democrats, the North Jersey lawmaker chaired a hearing with other Republicans in an attempt to get a better picture of why decisions were made by the Murphy Administration in March 2021.

“The budget is signed, the pandemic appears to be winding down, and life is returning to normal,” said Pennacchio. “There needs to be some accountability for the ill-fated decisions that placed so many lives in jeopardy.”

The State Senator noted New York releasing a report is a proper example of what New Jersey should be doing as “from the earliest days of the pandemic, it became obvious that Governor Murphy was following in the footsteps of his colleague to the north.”

“What happened in New York happened in New Jersey, too. And the results were the same: The unnecessary loss of thousands of vulnerable senior citizens,” said Pennacchio.

Pennacchio argued the Murphy Administration had been advised by top nursing home officials that requiring facilities to accept COVID-positive patients could be disastrous.

“During an acrimonious conference call with the health commissioner, a nursing home administrator stated emphatically, ‘Patients will die!’ The words are haunting in retrospect, but why were they ignored?” asked Pennacchio. “Why did the Governor and his team seem to have more confidence in Cuomo than they did in those working inside nursing homes? Why did they refuse to lift the directive even as bodies began to pile up and the conditions in veterans and nursing homes deteriorated?”

Murphy and New Jersey Department of Health Commissioner Judith Persichilli have strongly pushed back on the narrative put forth by Republicans about the nursing home guidance, reiterating on numerous occasions that operators were told to isolate patients that were returned to the nursing homes that they lived in and if they could not accommodate those returning, to ask the state for help.

The back-and-forth between GOP lawmakers and the Murphy administration is why Pennacchio has repeatedly called for an investigation into the handling of the pandemic, especially relative to long-term care facilities.

“The Democrats in Trenton have been running interference for the Governor, shielding the Administration from scrutiny and accountability,” Pennacchio said. “Political loyalty has become the obstacle preventing the public from hearing what really happened during the pandemic.”

As of July 12, the cumulative number of confirmed coronavirus cases in New Jersey was 895,552 with 227 total new PCR cases reported. There were 65 probable cases, bringing the cumulative total of antigen tests to 130,734. The total number of individual cases for the state is 1,026,286.

As for those that have passed, the state reported four confirmed deaths, bringing that total to 23,800. The state listed probable deaths at 2,709, bringing the overall total to 26,509. State officials noted two deaths occurred in the last 24 hours of reporting that have not yet been lab confirmed.

Officials reported 312 patients were hospitalized; 294 cases were confirmed and 63 are under investigation. By region, there were 151 in the North, 90 in the Central and 71 in the South.

Of those hospitalized, 58 are in intensive care units and 26 on ventilators. A total of 28 patients were discharged, while the same amount were admitted.

Another 734 cases are still under investigation to determine where the person resides.

The state’s official death total will now be reported as those that are lab confirmed, sits at 8,063 on July 12. The facilities are reporting to the state 7,878 residents deaths and 144 staff deaths.