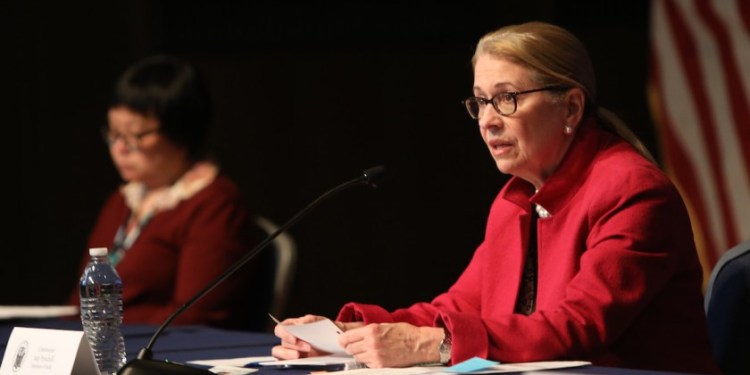 The Delta variant is now the predominant strain of the coronavirus in New Jersey.

For the week ending June 26, the Delta variant accounted for 70% of the cases identified in the state and marked the first time the variant was the leading cause for cases in the Garden State, according to the New Jersey Department of Health. The state monitors the variants in four-week spans.

State officials noted the current COVID-19 vaccines available have proven to be successful against variants and the key health metrics the state uses to ease restriction—including more serious illness, hospitalizations, and deaths—are now almost exclusive from the Delta variant.

Dr. Christina Tan, an epidemiologist with the state’s health department, said the proportions of variants in general will “fluctuate over time.” She gave noted the COVID-19 variant that first spread at the start of the pandemic in the Spring of 2020 is no longer detectable.

“That’s why it’s really important for us to monitor that activity, but most importantly to keep these new variants from emerging,” Tan said. “We really have to get the vaccination coverage optimized.”

“We encourage residents who have not yet been vaccinated to get vaccinated as soon as possible to protect themselves, their children, their loved ones, and the community,” said Health Commissioner Judith Persichilli at a press briefing July 13. “Virtually all COVID-19 hospitalizations and deaths are among those who are unvaccinated.”

While New Jersey’s vaccination rate of over 70% is credited with preventing more large-scale Delta outbreaks seen in the U.S., Gov. Phil Murphy stressed that unvaccinated residents remain exposed and give the virus an opportunity to still spread in the state.

The governor urged those still deciding to “please get vaccinated.”

Murphy was understanding of legitimate concerns about the vaccine from those in the Black community as well as those with certain health issues. But he was much harsher for those spreading misinformation about the vaccines available.

“There’s multiple of those populations of people who are listening to myths, listening to garbage,” Murphy said. “They need to be called out.”

As of July 13, the cumulative number of confirmed coronavirus cases in New Jersey was 895,855 with 333 total new PCR cases reported. There were 165 probable cases, bringing the cumulative total of antigen tests to 130,794. The total number of individual cases for the state is 1,026,649.

As for those that have passed, the state reported seven confirmed deaths, bringing that total to 23,807. The state listed probable deaths at 2,709, bringing the overall total to 26,516. State officials noted one death occurred in the last 24 hours of reporting that has not yet been lab confirmed.

Officials reported 310 patients were hospitalized; by region, there were 145 in the North, 94 in the Central and 71 in the South. Of those hospitalized, 56 are in intensive care units and 26 on ventilators. A total of 38 patients were discharged.

Another 735 cases are still under investigation to determine where the person resides.

The state’s official death total will now be reported as those that are lab confirmed, sits at 8,063 on July 13. The facilities are reporting to the state 7,878 residents deaths and 144 staff deaths.