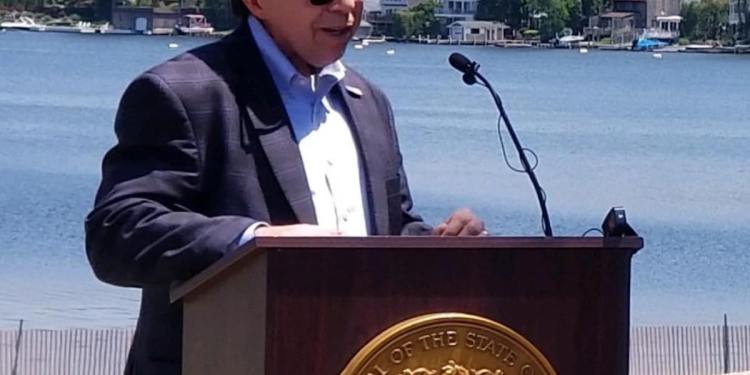 New Jersey has an opportunity to save lives using funding from an opioid settlement that secured $4.5 billion for many states, according to State Sen. Anthony M. Bucco.

With $110 million coming to the Garden State, Bucco (R-25) urged Gov. Phil Murphy to ensure the money is used to fight addiction and to save lives.

“In anticipation of this settlement which has been years in the making, both houses of the Legislature unanimously passed a bill establishing a framework for the use of opioid settlement funds to support addiction prevention and treatment programs,” said Bucco

Under the bill, any funding the state receives in a settlement would be deposited into the fund and be used specifically for supplementing substance use disorder prevention and treatment programs.

The services would be made in connection with claims arising from the manufacture, distribution, marketing, and dispensing of opioids. New York state recently created a similar fund to ensure proceeds from the lawsuit are targeted to the correct areas.

“This settlement money should be put to use immediately, helping mitigate some of the harm caused by the irresponsible promotion and marketing of OxyContin by Purdue Pharma,” Bucco said.

Murphy recently signed off on a half dozen bills as part of a broader ongoing effort aimed at addressing the state’s continuing opioid epidemic.

Following the signing, Murphy said his administration, alongside the state legislature and health advocates “have worked tirelessly to erase the stigma associated with opioid use disorder and people who use drugs, close gaps in treatment, expand access and use of life-saving medicines like naloxone, and support the work of syringe exchange programs and harm reduction centers.”

Ensuring Programs Help Those In Need

Bucco noted the funding was just a “drop in the bucket” against the backdrop of damage done, so it was important to ensure the funding was directed to helping those addicted to opioids.

The agreement, which was made between 15 states including New Jersey, followed years of legal battles with Purdue Pharma.

“The opioid epidemic didn’t miss a beat during the pandemic, and there’s no time to waste,” said Bucco. “Utilized properly, this money will save lives and prevent tragedies that have become all too common in communities across our state.”

“The Governor understands the urgency, and I’m hopeful he will work with the Legislature to ensure the money is disbursed responsibly so it can have the most impact and help the most people,” added Bucco.